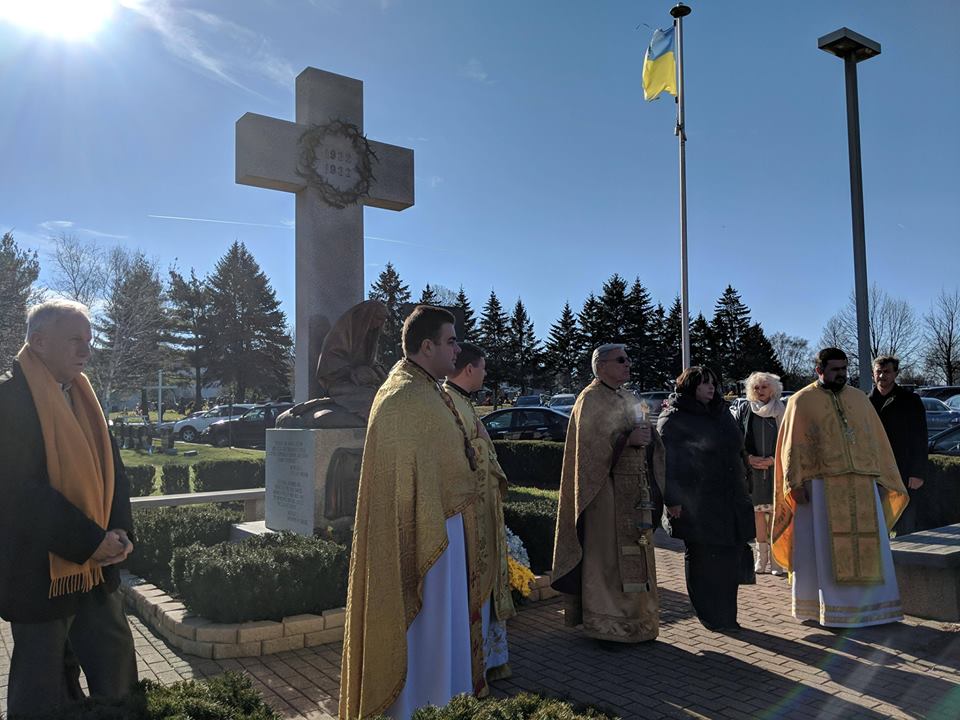 The Ukrainian community of Chicago honored the victims of Holodomor-Genocide

On Sunday, November 26, 2017, Ukrainians of Chicago honored the memory of Holodomor victims by gathering near the Ukrainian Orthodox Church of St. Andrew the First-Called in Bloomingdale.

That was reported on the Facebook page of the Consulate General of Ukraine in Chicago.

“The Ukrainian community of Chicago honored the memory of the innocent victims of the terrible famine of 1932-33 in Ukraine by gathering near the Monument to the victims of Holodomor – the genocide in Ukraine 1932-33, which is set near the Ukrainian Orthodox Church of St. Andrew the First-Called in Bloomingdale,” – said the message.

After the prayers of the clergy of the church and the speech of the Consul General of Ukraine in Chicago, Laryssa Herasko, all who were present honored the memory of the Holodomor victims by the minute of silence. The Representative of the Holodomor-Genocide Foundation (Chicago) – Mykola Kocherga – also participated in the events dedicated to commemoration of the victims of the Stalinist regime.