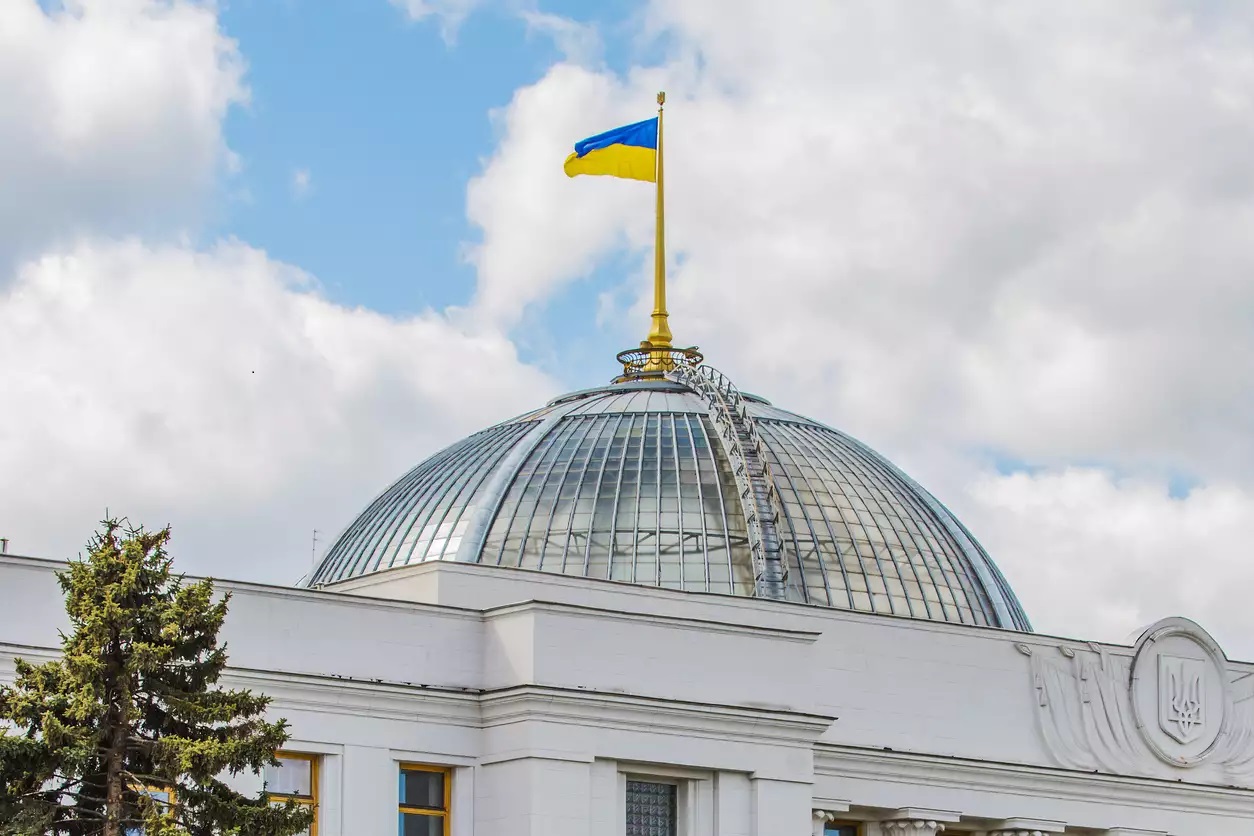 The Chairman of the Verkhovna Rada of Ukraine, Ruslan Stefanchuk, reminded that this year a tragic date for the Ukrainian people would be commemorated – the 90th anniversary of the Holodomor of 1932-1933.

“Then the totalitarian, communist regime conceived and implemented the crime of extermination of millions of Ukrainians by starvation. Past crimes must not be repeated. As well as the genocidal policy that is carried out by the Russian Federation in Ukraine today. Because the aggressor’s methods then and now are the same,” the Speaker of the Parliament of Ukraine, quoted by the press service of the VRU, emphasized the major purpose of the adopted document.

In particular, according to him, the Verkhovna Rada of Ukraine appealed to the parliaments of the countries of the world to recognize the Holodomor of 1932-33 as a genocide of the Ukrainian people, because today, apart from the Ukrainian Parliament, only 17 UN member states out of 195 countries of the world have recognized the Holodomor of 1932-1933 years of genocide.

“We must restore historical justice. We must draw the world’s attention to the tragedy and awareness of the parallels between the events of 90 years ago and the genocide of Ukrainians, which Russia is trying to implement in the current unprovoked war against our people,” Ruslan Stefanchuk emphasized.

In 1932-1933, the communist totalitarian regime in Ukraine conceived and implemented the crime of extermination of millions of Ukrainians by starvation. To denote this tragedy, Ukrainians use the word “Holodomor”, which comes from two Ukrainian words “hunger” and “mor”. Holodomor means deliberate killing by creating conditions that lead to death by starvation.

The Verkhovna Rada of Ukraine, by the Law of Ukraine “On the Holodomor of 1932 and 1933 in Ukraine,” dated November 28, 2006, recognized the Holodomor as a crime of genocide against the Ukrainian people.

In 1932-1933, millions of Ukrainians died the most terrible of deaths, resistance to the communist regime was suppressed, and part of the Ukrainian people was assimilated. The regime managed to hide its crime behind a wall of propaganda and lies within the USSR and abroad. However, the Ukrainian people turned out to have enough strength to be reborn from losses, and pain imposed by historical amnesia, and win their independence.

In late February – early March 2014, the Russian Federation, the successor of the Soviet Union, occupied and attempted to annex Ukrainian Crimea. In April 2014, it invaded Donetsk and Luhansk regions. On February 24, 2022, the Russian Federation launched an unprovoked and undisguised armed aggression against the entire territory of Ukraine and resorted to a genocidal policy. More than 30 leading legal scholars and experts on genocide concluded in their report, prepared by the New Lines Institute for Strategy and Policy and the Raoul Wallenberg Center for Human Rights, that the Russian Federation is responsible for the violation of the “Convention on the Prevention and Punishment of the Crime of Genocide” in Ukraine. The report was sent to parliaments around the world.

We have to admit that one more time, the standard formula that past crimes should never be repeated, has failed again. Those terrible events are being repeated currently in Ukraine. The aggressor’s methods then and now are not so different. From then, to now, Russia tried to impose its will on Ukraine, and when faced with resistance, decided to resort to brute force and genocide. Having started the war themselves, they accused their victim of aggression. Their goal was and is to punish Ukrainians for resistance, eliminate the political and cultural elite, assimilate the population, destroy Ukrainian national memory and impose their identity. Then as now, Russia has launched massive disinformation and propaganda campaigns to cover up its crimes. As then and now, Russia relies on an atmosphere of indifference, and the power of fear and tries to achieve political concessions by offering economic benefits in return.

The Verkhovna Rada of Ukraine expresses deep gratitude to the governments, statesmen, representatives of the public sector and ordinary people everywhere in the world, who supported the Ukrainian people in this difficult time and stood in the way of the aggressor in his attempt to repeat the genocide that took place 90 years ago. The Verkhovna Rada of Ukraine calls on the parliaments of the world states to restore historical justice and recognize the Holodomor of 1932-1933 in Ukraine as a crime of genocide against the Ukrainian people. This will be a crucial signal to all forces in the world that may resort to new genocidal acts and a significant contribution to the cause of ensuring a peaceful and secure future for future generations.