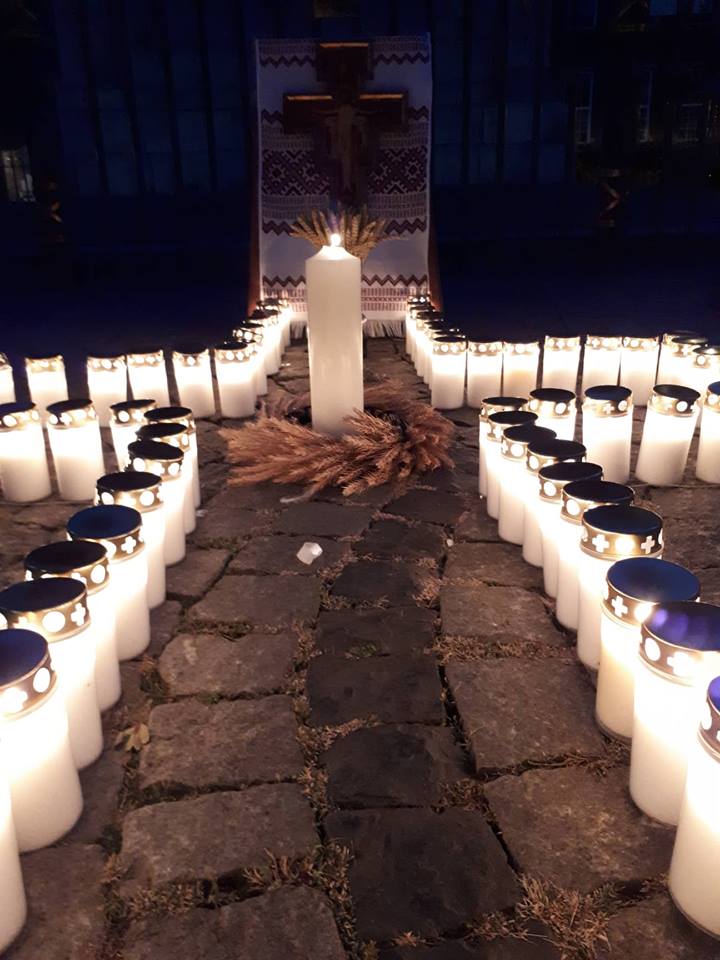 The victims of Holodomor have been commemorated in Dusseldorf

On October 17, 2018, the mourning events of the 85th anniversary of Holodomor-genocide took place during the International action “Let’s Light a Candle of Memory!”, which was held in the central square of Dusseldorf.

Mykola Pavlyk, the priest of the Ukrainian Greek Catholic Church, held a memorial service for the victims of the Holodomor. Consul Oksana Kobets and head of the Ukrainian House Dusseldorf Irina Yastreb read out the names of 85 children from Dnipropetrovsk, who were killed by the Soviet authorities in 1932-1933. Presenters lit the candles to commemorate the victims of the genocide. The Central Union of Ukrainians in Germany has issued a prepared letter of appeal to the Federal Government of Germany on the recognition of the Holodomor as a genocide of the Ukrainian nation.

The General Consul of Ukraine in Dusseldorf, Vladyslav Yehorov, the chairman of the board of the company “Pro Ukraine e.V” Vira Kostiuk, activists of the Ukrainian community of the federal state of North Rhine-Westphalia and non-indifferent citizens of Germany joined the action.