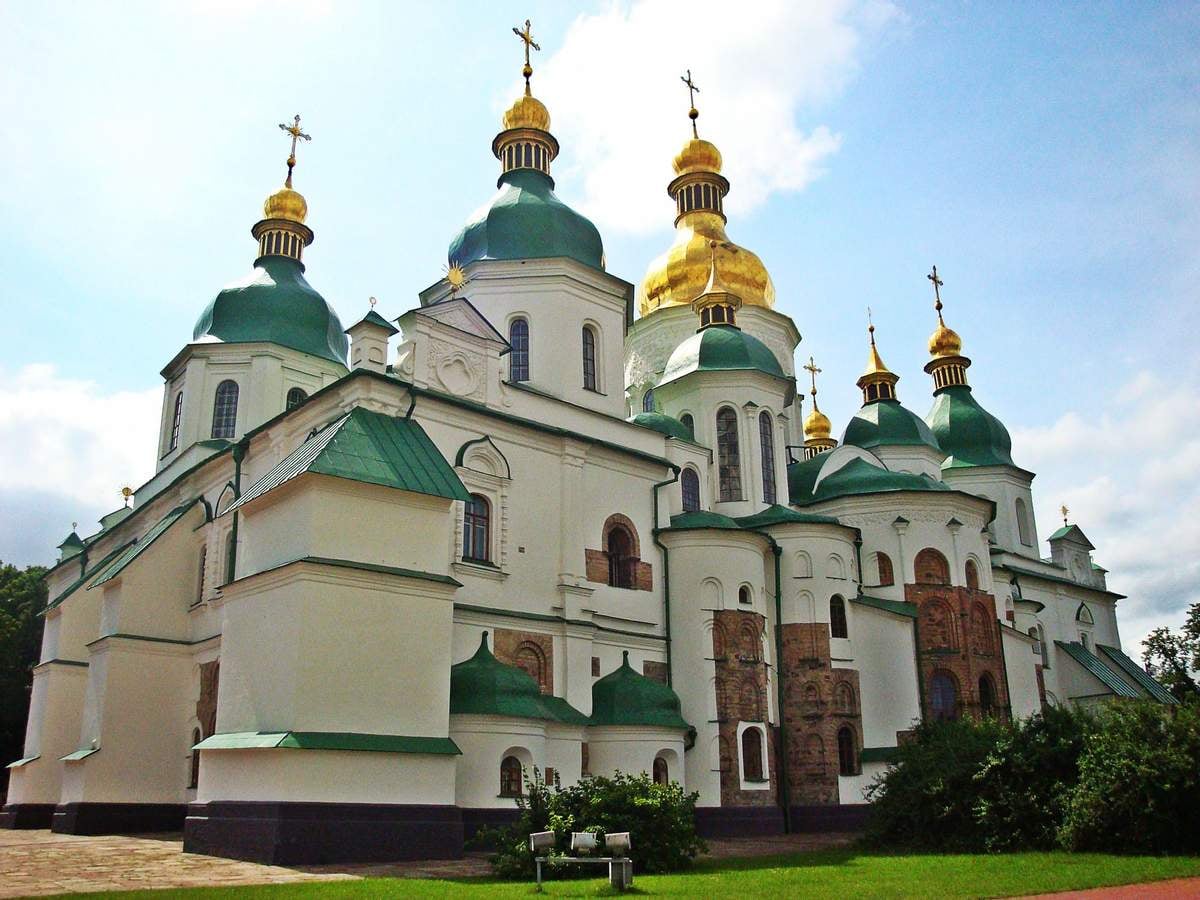 Why does Putin need an eternal Kyiv?

Why are the rashist Putin and his horde destroying, mutilating, annihilating the capital of Ukraine, killing, torturing, and mocking Ukrainians?

Ukrainians are representatives of agrarian civilization with more than a thousand years of history and culture. Rus’-Ukraine is our connection because our origins are even older. The Muscovites of Rus’-Ukraine stubbornly call it the “Old Russian State,” trying to take their start from there. For Muscovites, Russia, Rus’-Ukraine (Kievan Rus’) is mainly the “Kyiv principality of Yaroslav the Wise.” They associate the formation of the “Ancient Russian state” only with war because their whole history is a history of robbery, looting, war, distorted perception of reality, leveling the rights and freedoms of the individual, humiliation, and abuse of others, etc. (Methods of past: Methodology and the theory of historical science, Moscow, 2011).

They define the philosophy of formation of the “state” (Muscovites must have an “emperor”) through the emergence of “subjects” (so they function to this day), in contrast to the formation of Rus’-Ukraine, where their origins are elements of veche democracy.

In Rus’-Ukraine, there were a large number of cities (grads), with ramparts, towers, gardens, undeveloped expanses. Scandinavian written sources called Rus “Country of cities (cities).” Kyiv (Kyiv-Kenugard, as well as Constantinople-Miklagard) was one of the largest guards in Europe. Honore de Balzac called Kyiv an “eternal city.” Throughout its existence, it was the main urban center of the entire European region, the heart of the Ukrainian nation.

Kyiv was founded in 482. However, it is worth listening carefully to scholars who believe that Kyiv is 2,500 years old. The population of medieval Kyiv ranged from 50 thousand. In the minds of Ukrainians, Kyiv is associated with the words veche, community, Ruska Pravda, and others.

Historically, Ukrainians were called plowmen, farmers, guardians of their own land, and so on. Ukrainians worked on their land, providing bread not only for themselves but also for many European countries. O. Strazhny wrote about the ancient Rusiсhi that they are people of the group, the team. They had a habit of living in free space; decisive and purposeful; neither freethinkers, nor apostates, nor witches were burned at the stake. In the countryside, the village community had an indisputable authority; in the city – guilds of craftsmen. They lived mainly in selo (villages) (the word “selo” comes from the Proto-Slavic sedlo, associated with * sĕdĕti “sit”; in the Old Slavic language, the word sϵlo meant “settlement, yard, building.” This lexical basis was mixed with the one of Proto-Slavic Jansko selo “arable land,” related to the Lithuanian salà, meaning “island,” East Latvian sola, Latin solum “soil,” Old High German sal, meaning “house, dwelling.”

The word “selo” should not be confused with the Russian word “derevnia” (Russian scholars are inclined to believe that the word “derevnia” is associated with the verb “derti.” In their opinion, it meant the place where the forest was uprooted, uprooted.” “Cleared under the plow,” without the church. Others believe that it is closer to the word “derevo”-tree). It should be noted that the classification of “city,” “town,” “village” in the Middle Ages was quite vague (cities were written in Latin as “urbs,” towns – “oppidum,” villages – “villa” but may not be classified).

At the beginning of the XI century, the majestic main metropolitan church of Rus’-Ukraine already dedicated to Sophia – the Wisdom of God (founded during the reign of Yaroslav the Wise), was built in Kyiv. One of the largest libraries in Europe (the works of Plato, Pythagoras, Herodotus, Socrates, etc.) could be found in the Sophia Church, the Sophia beginning of existence. Now there are about 260 square meters of mosaics and 3000 square meters of frescoes of the period of Rus’-Ukraine. Saint Sophia cathedral was the tomb of princes, including Yaroslav the Wise. It is worth noting that the glorious prince, even the dead, did not give rest to the Russians. As a result, they looted it. Either they were afraid of the prince, or his transplant to Russia was to remove the inferiority complex from them.

The Church of the Assumption of the Virgin of Pirogoshcha (XII century) is mentioned in “The Tale of Igor’s Campaign,” built by the son of Volodymyr Monomakh, Prince Mstislav. Under the communist totalitarian regime, the temple was destroyed and rebuilt in independent Ukraine. It is worth noting that in the Tale, written 200 years after the baptism of Rus’-Ukraine, rusichi still well remembered their pagan gods, shouted to the Dnipro-Slavuta and the wind-sails.

The Pyrohoshcha Dormition of the Mother of God Church (XII century) is mentioned in “The Tale of Igor’s Campaign,” built by the son of Volodymyr Monomakh, Prince Mstislav. Under the communist totalitarian regime, the temple was destroyed and rebuilt in independent Ukraine. It is worth noting that in the Tale, written 200 years after the baptism of Rus’-Ukraine, rusichi still well remembered their pagan gods, shouted to the Dnipro-Slavuta and the wind-sails.

St. Cyril’s Church (XII century) was built at the expense of Chernihiv Prince Vsevolod Olhovich’s wife, Maria Mstyslavivna. At present, almost 800 square meters of frescoes of the twelfth century have been preserved. There in the XIX century, Vrubel created his “Mother of God with the baby.”

The Church of the Savior in Brest, whose priest was Hilarion, preserved fragments of frescoes made by Kyiv and Greek artists. Later, Hilarion became the first metropolitan of Kyiv.

Rus’-Ukraine was an enlightened, cultural, educated state of Europe. The second daughter of Yaroslav the Wise, Anna Regina, had a prolonged influence on the French court and beyond.

The architecture of Rus’-Ukraine was often technically and artistically ahead of the European one. Kyiv icon painters created their own unique school, the icons of which always radiated light, in contrast to the “Moscow school.” The image of Oranta enjoyed special reverence. Our Lady of Great Panagia was considered the protector of Kyiv, the breath of the capital city.

At the end of the 12th century, after Andriy Bogolyubsky’s attack on Kyiv, the Russians began to identify the northern neighbor with “adversary,” and called their words “adversary.” Today in the XXI century rashist Muscovites, orcs from the north crawled to our Ukraine-mother. They crawl and plunder, kill, destroy, mutilate… They could not absorb our millennial history, philosophy, culture, so they ruthlessly destroy what they did not create. They kill those who cannot fall to the level of the lowly (vile without moral norms).

In the photo: Saint Sophia Cathedral of Kyiv.