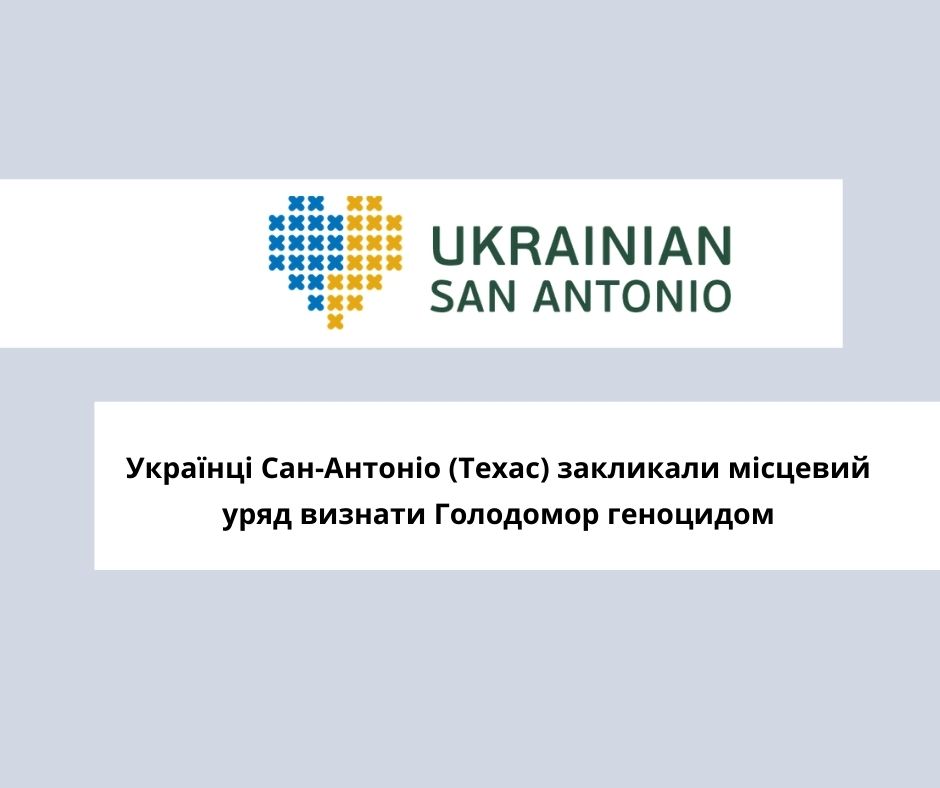 The non-profit organization “Ukrainian San Antonio” posted a statement on its Facebook page calling for support for the request to the city government to recognize the Holodomor as genocide of the Ukrainian people.

As part of a campaign to recognize the Holodomor as genocide at the local level in the United States, the organization, in cooperation with the American Holodomor Committee, created a petition to the authorities of San Antonio (Texas, USA). Residents of the city can support it by asking their representative in the local council to vote for the proclamation of the 87th anniversary of the Holodomor.

In addition, the community plans to hold a memorial event on November 28, 2020, Holodomor Remembrance Day.