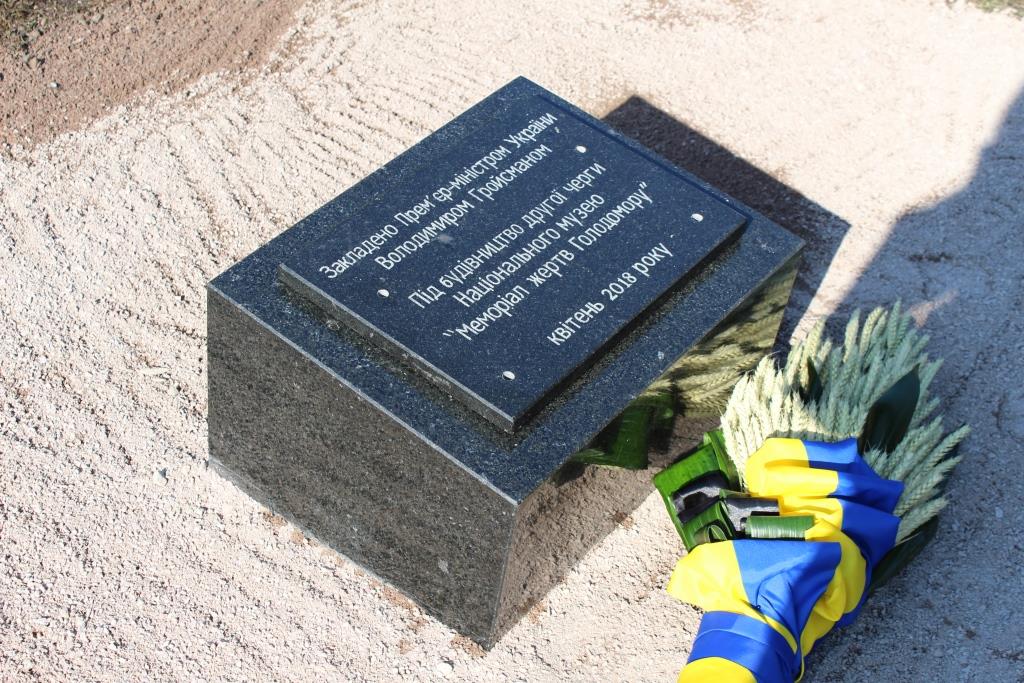 Prime Minister of Ukraine Volodymyr Groisman, together with the members of the Government, on April 3, 2018, laid the construction capsule for the second phase of the National Museum “Holodomor Victims Memorial.”

“Less than 100 years ago in the history of our country happened a terrible tragedy … We have lost millions of people, and the famine has not chosen his victims, – ​​said Vladimir Groisman. – Our duty is to restore the memory of the innocent victims.”

The Prime Minister emphasized that the building of the Museum is a major project, which involves construction works, the continuation of research, the formation of a large exposition that will tell the world “what has been hidden for decades.” According to the Head of Government, realization of such projects is a matter of honor, spirituality, and respect for history. “This is our foundation,” said Vladimir Groisman.

Recalling, in November 2017, the Head of Government visited the National Museum Holodomor Victims’ Memorial and confirmed the intention to finish the museum and finance the project by the state, as it is “a matter of honor and evidence of restoring historical justice to millions of innocent victims.” In December 2017, the Cabinet of Ministers endorsed a preliminary draft of the museum’s estimated cost of about 772 million grivna submitted by the Ministry of Culture.

According to the plans of the architects, the second stage of the memorial complex will be “hidden” in the Dnipro hills, which are now being strengthened. It will not change the landscape and preserve the idea of ​​the museum. The draft project received a positive assessment of the advisory body of the UNESCO Central Electoral Commission, which states that the designed object will not negatively affect the outstanding world value of the Ukrainian UNESCO World Heritage Site – the Kyiv-Pecherska Lavra and adjacent territories.