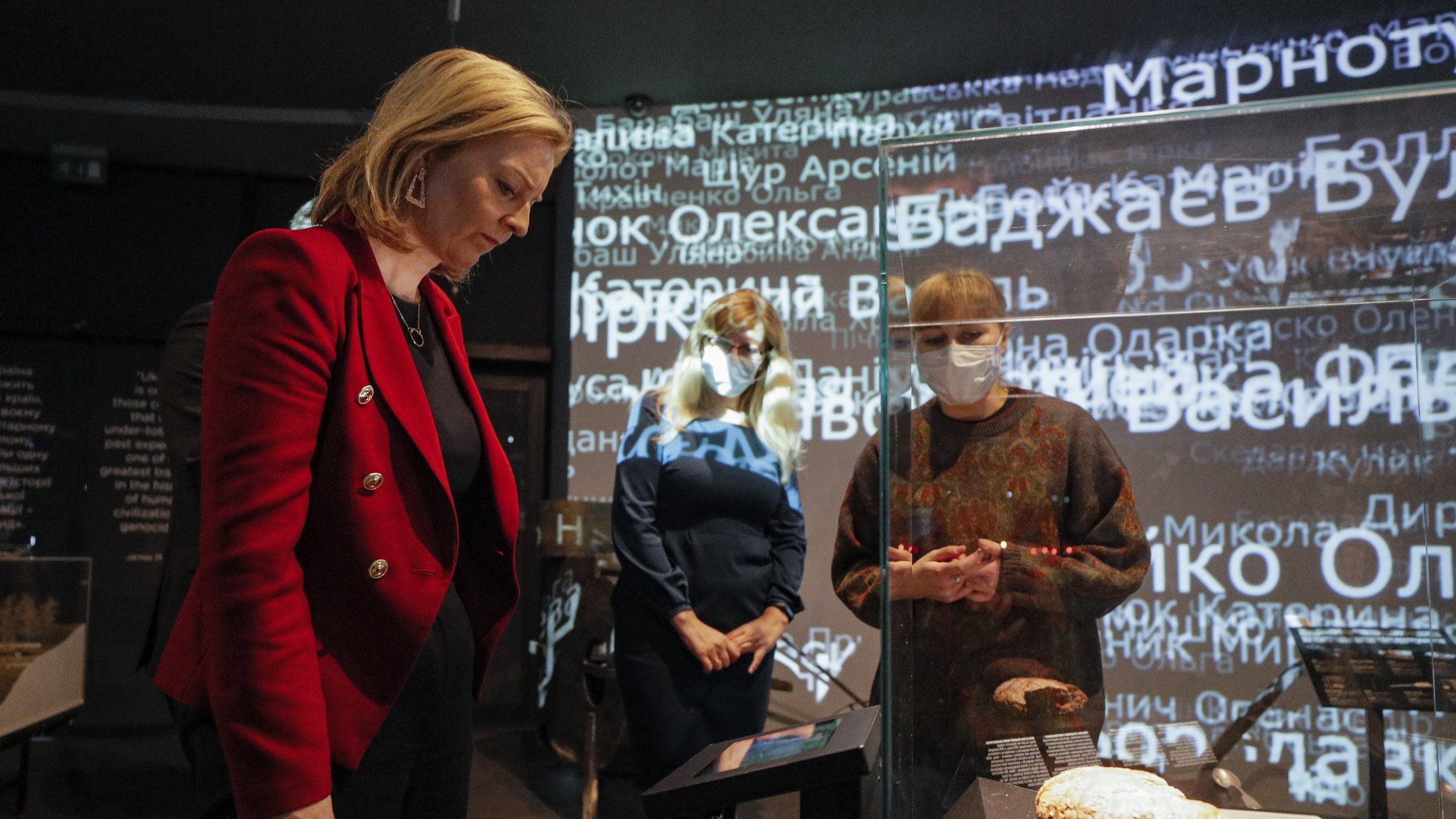 As of the end of November 2022, the parliaments of 22 countries of the world recognized the Holodomor of 1932-1933 as genocide of the Ukrainian people. In April of this year, the Chamber of Deputies of the Czech and Brazilian parliaments recognized the Holodomor as an act of genocide. On the eve of the 90th anniversary of the memory of the Holodomor victims, three more countries adopted relevant documents. About how Ukraine restores historical justice and the importance of recognizing crimes at the world level – in the material of the Suspilne.

Genocide of the Ukrainian people

Recognizing the Holodomor as genocide is, first of all, the establishment of truth, historical and legal justice, says Ivan Petrenko, candidate of historical sciences, deputy director of the Holodomor Research Institute: “This is recognition and condemnation at the world level of the fact that the Russian communist totalitarian regime purposefully committed the greatest crime – genocide of Ukrainian nation. And the whole world, accordingly, should know and understand the criminal nature of Moscow, which it tries to cover up with falsification of history and various political lies.”

“Moscow still shows its criminal character towards Ukrainians today. And today it is carrying out the genocide of Ukrainians, and this became possible, not least due to the fact that at one time the civilized world, in its majority, dragged with the recognition of the Holodomor as genocide, flirted with Moscow, turned a blind eye to its crimes.”

On November 16, the Verkhovna Rada of Ukraine appealed to the parliaments of the countries of the world to recognize the Holodomor of 1932-33 as genocide of the Ukrainian people.

“As then, so now, Russia tried to impose its will on Ukraine, and when it faced with resistance, decided to resort to brute force and genocide. The Verkhovna Rada of Ukraine calls on the parliaments of the countries of the world to restore historical justice and recognize the Holodomor of 1932-1933 in Ukraine as a crime of genocide against the Ukrainian people. This will be an important signal to all forces in the world that may resort to new genocidal acts, and a significant contribution to the cause of ensuring a peaceful and safe future for future generations,” the resolution of the Ukrainian parliament states.

Who has already recognized the Holodomor in the world

“Next week, the democratic factions of Germany agreed to adopt important resolutions regarding the Holodomor,” Ukrainian Foreign Minister Dmytro Kuleba tweeted on November 25.

The Parliament of Moldova recognized the Holodomor as “a consequence of planned measures with the deliberate intention to exterminate opponents of the communist regime and a key tool of the enslavement policy of those times.”

Earlier, the Romanian Parliament made the same decision. The deputy from the ruling National Liberal Party, Aleksandru Muraru, noted that they joined the states that recognize and undertake not only the commemoration of the famine of 1932-1933 but also “recognition of genocide, systematic actions, direct, cynical, criminal actions of Soviet Union and its leaders regarding the physical destruction of the Ukrainian nation.”

According to Ivan Petrenko, recognizing the Holodomor as genocide by the international community should contribute to bringing Russia to legal, historical, and economic responsibility, to the payment of appropriate material compensations to Ukraine: “This should contribute to the fact that this crime will never be repeated again. The world should condemn Russia, promote its political reformation and disarmament.”

According to the historian, Ukraine should continue to make efforts so that the world recognizes the Holodomor as genocide: “For the international community to recognize the terrorist, criminal essence of Russia, to carry out appropriate political and legal procedures,” says Ivan Petrenko, “which should force Russia to answer for the crimes in one way or another.” against Ukrainians, which do not have a statute of limitations.”

Events for the 90th anniversary of the tragedy

An event to commemorate the Holodomor victims, “Hunger as a weapon: its long-term consequences for people and human development.” took place at the New York UN Headquarters. At the event, in particular, it was about the Russian regime’s use of hunger as a weapon of mass destruction.

A conference on crimes of 1932-1933 took place in Turkey. At Bashkent University (Ankara). “Each year, more and more people in Turkey learn about this terrible tragedy. Publications are published, stories appear on television, scientific and student circles are increasingly interested in this issue, – wrote the Ambassador of Ukraine to Turkey Vasyl Bodnar on his Facebook page. – Our task today is not just to expel the occupiers from our land, but also to deprive them of the opportunity to continue committing evil on a global scale. The key here is to bring the Russian Federation to legal responsibility for crimes in Ukraine, as well as other states.”

The National Museum of the Holodomor-Genocide presented the exhibition “Leica, that saw the Holodomor” on the Day of Remembrance of the Holodomor victims. The museum showed the original album with photographs of Kharkiv in 1933 and the camera with which they were taken. These objects belonged to the Austrian engineer Alexander Wienerberger, who in 1932-1933 worked in Kharkiv at the “Plastmas” plant. He secretly photographed hungry and starving people, queues for bread, and places of mass burials. In 1934, he took the film to Austria. Wienerberger presented the Austrian cardinal with an album with photographs of Moscow, Crimea and Kharkiv. Later, the photos were published in the engineer’s printed memoirs.

Historian Yaroslav Hrytsak told Ukrainian Radio that there is almost no debate among Ukrainian historians as to whether the Holodomor is genocide.

“Most historians, who I know, are of the opinion that the Holodomor was a genocide. I also think so. Discussions arise in connection with the latest publications of Hryhoriy Kasyanov, where he questions this. But I think that these discussions are more scientific than political.”

Yaroslav Hrytsak added that most discussions regarding the recognition or non-recognition of the Holodomor as genocide of the Ukrainian people are not conducted in Ukraine but in the West. According to him, over the past 10-15 years, a big shift has taken place, and the term “Holodomor” has taken root in the scientific world. “There is a consensus on this,” says the historian. — There is no consensus only on whether it was genocide. How good is the current concept of genocide describing the Holodomor? It is definitely suitable for the Holocaust. And for the Holodomor? They demand a political decision from us, not a scientific one.”

The attitude of Ukrainians to the Holodomor

93% of Ukrainians agree with the statement that the Holodomor of 1932-1933 was a genocide of the Ukrainian people. These are the results of a sociological survey carried out by the Rating group on November 21-22, 2022. 3% of respondents denied this, and another 4% could not decide on an answer.

Over the past ten years, the number of those who recognize the Holodomor of 1932-33 as genocide of the Ukrainian people has increased by one and a half times, sociologists note.

In the main photo: