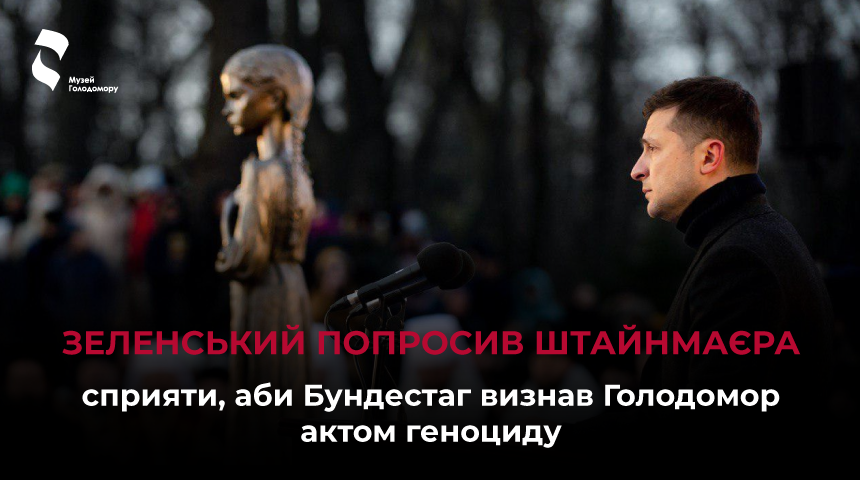 Ukrainian President Volodymyr Zelensky, during a meeting with German President Frank-Walter Steinmeier in Kyiv, asked him to help the Bundestag recognize the Holodomor as an act of genocide.

Last week, the Minister of Foreign Affairs of Ukraine, Dmytro Kuleba, called on the German Bundestag and other world parliaments to recognize the Holodomor as genocide of the Ukrainian people and emphasized the genocidal component of Russia’s war against Ukraine.

We will remind you that in 2018, Frank-Walter Steinmeier visited the Holodomor Museum.