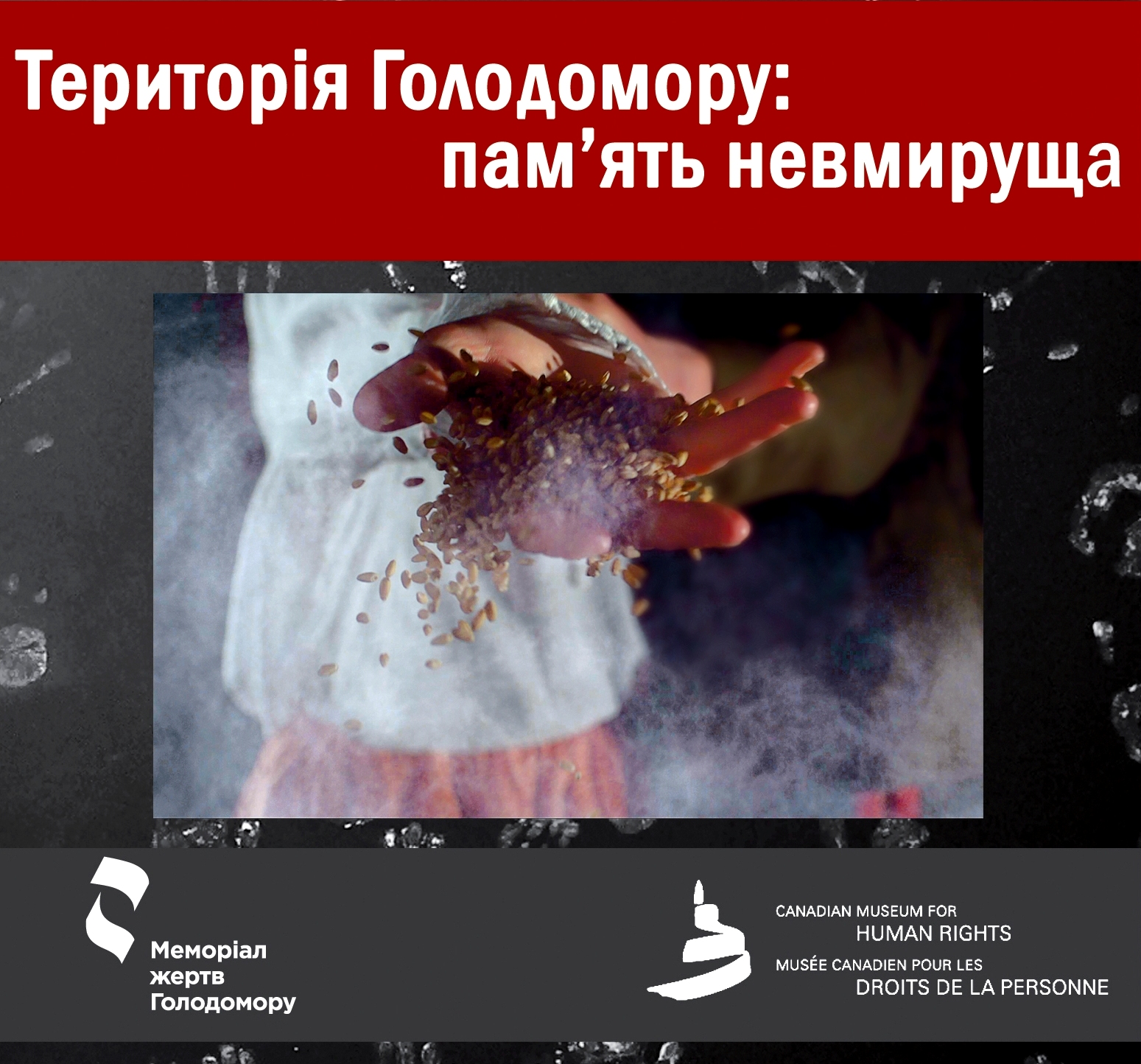 The National Museum “Holodomor victims’ Memorial” since 2012 cooperates with the Canadian Museum for Human Rights (Winnipeg, Canada), the first museum dedicated exclusively on clarifying the theme of formation, evolution and future of human rights. Today, the result of cooperation between museums is an educational movie “Covering the Holodomor: Memory Eternal“.

The story line is focused on the international media-press which was publishing information about Holodomor. The central focus is the struggle of mass media: Walter Durante, who admired Stalin’s policy and denied the fact of mass murder of Ukrainians in 1930 and journalist Gareth Jones and Malcolm Muggeridge, who tried to tell the truth.

In the movie clearly and concisely stated the course of Holodomor and sounds the answers to the questions “Why did the Soviet government commit the genocide of the Ukrainian nation?” and “Why the world both then and now, knows so little about this mass crime?”

As the history shows, in totalitarian and closed societies there is no freedom of speech, which is extremely threatening for lives of citizens. In such societies, the press is completely controlled by the government, which uses it for purposes of denial and concealment of their own crimes against their citizens.

You will not find any Soviet publication of 1930’s and the following decades, which would talk about mass famine in the Ukrainian SSR and mass mortality on its basis. The Soviet regime denied the fact of famine and banned the foreign journalists to travel around the Soviet Union territory. Those who ventured to tell the truth suffered persecution, harassment. Thus, through denial and depreciation of the size of the tragedy by certain journalists in 1932, the events in Ukraine did not receive adequate public response. Already in 1933, Ukrainians died out by families and entire villages.

In the course of the official denials and concealing of the truth the subject of Holodomor dissolved amid world news and over further50 years remained a mystery till the collapse of the Soviet Union.

On the example of Ukrainian history in the movie was investigated the role and function of the mass media, which can both break the silence around the crime or help to create an information vacuum, which conceals or distorts the truth.

To which thoughts the movie determines:

The movie “Covering the Holodomor: Memory Eternal” is demonstrated in the gallery of the Canadian Museum for Human Rights, which is dedicated to the history of Holodomor, and at the National Museum “Holodomor victims’ Memorial”. The movie is designed for school age audiences. Based on the statute the Holodomor victims’ Memorial implements cultural-educational activities and recommends using this movie while studying the subject of Holodomor at schools. The visual materials can make lessons more interesting and ease the perception of a heavy topic.

As a part of cooperation agreement with CMHR NM “Holodomor victims’ Memorial” is spreading the movie among educational institutions of Ukraine.

The realization of the project is designed until the end of 2017.