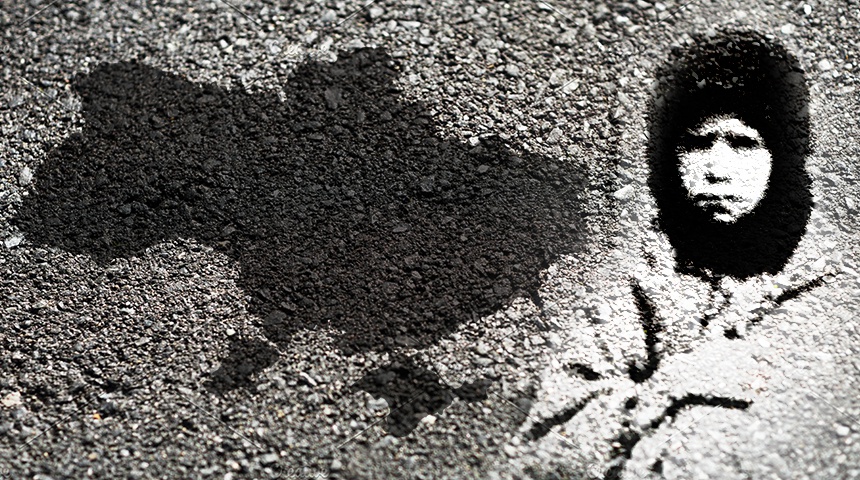 Exhibitions about the Holodomor in the Regions of Ukraine

Not everyone can come to Kyiv and visit our museum, so we created a project to transmit our banner exhibitions for temporarily displaying. Our exhibitions cover the themes of Soviet repression — mainly the 1932–1933 Holodomor-Genocide, but also the mass famines of 1921–1923 and 1946–1947 years, repression of priests and intellectuals. Our exhibitions have already visited all regions of Ukraine and have been seen by thousands of Ukrainians.

1. “We Were Killed Because We Are Ukrainians”.

The exhibitions sheds light on the true facts of the silenced Holodomor crime, especially with regard to its genocidal nature. The Soviet authorities, led by Stalin, was to exterminate Ukrainians as a nation. The material is given in the context of the Convention for the Prevention and Punishment of the Crime of Genocide, since the primary purpose of memory is to prevent crime recurrence. Archival materials, memoirs of people who survived the Holodomor, researches by leading scholars and lawyers were used.

The materials of the exhibition show the complex of circumstances and political decisions of Lenin, which reveal the causes of the mass famine in Ukraine in 1921 and its continuation until 1923. This artificial mass famine is better known as the “Volga region hunger strike,” but such term is a vestige of Soviet historiography that did not recognize the famine of 1921–1923 in Ukraine.

Soviet historians called the famine of 1946–1947 by a variety of terms — “years of post-war devastation”, “the years of the temporarily difficult life of the USSR population”, but behind these cliches another artificial mass famine was hidden. We became able to speak about it objectively only after archives were declassified . The photo-documentary exhibition shows the causes of post-war famine in Ukraine, the lives of different segments of the population during these years and the effects of the disaster, as well as the role of the USSR and the Ukrainian SSR authorities in bringing people to starvation.

Children were the most unsecure part of the Ukrainian national group, which was selected by the Communist regime to be the target of the Holodomor genocide. Young children, like the elderly, were the first to starve, and often parents could do nothing. By showing the history of the Holodomor, relatively familiar to Ukrainians, from an unusual standpoint — the child’s — new sides of Soviet terror are opened, such as family breakdowns, forced removal of children, living conditions of orphanages and shelters, and, most importantly, the terrible starvation of a child.

This exhibition is the result of expeditions and interviews of museum emplayees, who reconstructed the story of the Holodomor in pieces from many different but united by common trauma people, the Guardians of Truth. Their photos and testimonies, by which they speak to us today, are preserved in this exhibition, so that this will never happen again.

Not only did the Communist regime try to hide the truth about the Holodomor in Ukraine, but also to permanently destroy the memory about this crime. However, there have always been those who could stand up for the truth and not betray themselves — they bear the worthy name of “People of Truth.” This exhibition is a special tribute to the memory of the sacrifice of people who, in spite of risking by their careers, freedom or even life, did everything to preserve and disseminate true information about the Holodomor.

The photoset, dedicated to the Holodomor, was created in 2015 by poet and musician Lila Perehuda and photographer Kseniya Pilyavska. It is an emotional expression of the experiences of the Holodomor tragedy by Lila, who recreated the image of the Death Woman / Memory Woman since 1933, and by photographer Ksenia Pilyavska, who helped to fix the idea. The Hungry Symphony is the most lyrical of our exhibitions.

The Ukrainian Greek Catholic Church, represented by Metropolitan Andrei Sheptytsky, was one of the first sources to openly speak the truth about the Holodomor in 1932–1933, since information space was freer in Western Ukraine. This exhibition is dedicated to the memory of a Ukrainian who made a huge contribution to the rescue of thousands of human victims.

We remind that you can also book any of our exhibitions for temporarily displaying! For extra information about every projact and booking the exhibitions, please call  (044) 254-45-12 or write to [email protected]. We are open for cooperation! Make your space informative!

Geography of the project.