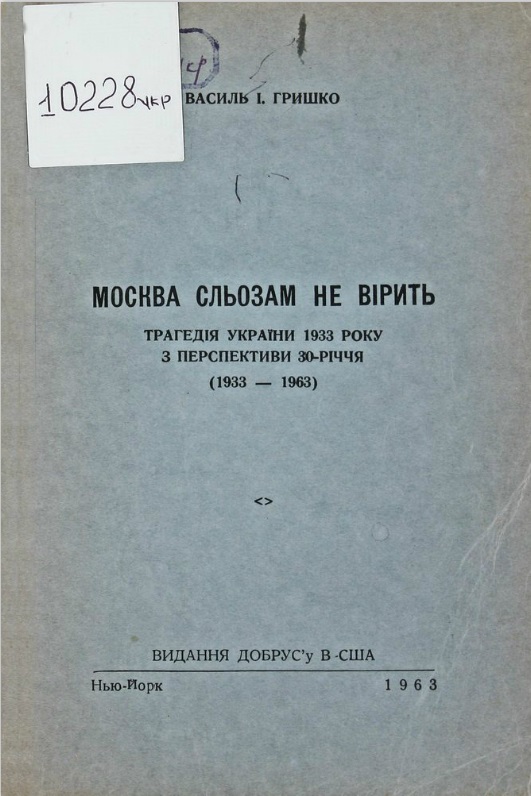 The book contains three scientific and journalistic works of the famous figure of the Ukrainian diaspora in the USA, Vasyl Hryshko. They are devoted to the tragic theme of the man-made famine perpetrated by the great-power Russian chauvinists from Moscow in the former Ukrainian Soviet Socialist Republic under the conditions of a single economic and cultural space, the so-called USSR. It was written and published at different times; however, at a time when the totalitarian Kremlin regime shamelessly lied to the world public, hiding and denying the facts of its crime – ethnocide, directed against the Ukrainian people, these truthful, reasoned statements in defense of the enslaved Ukrainians helped tear off the mask from the Moscow lyceids. It addressed to a wide range of readers.

Publisher: DOBRUS in the USA