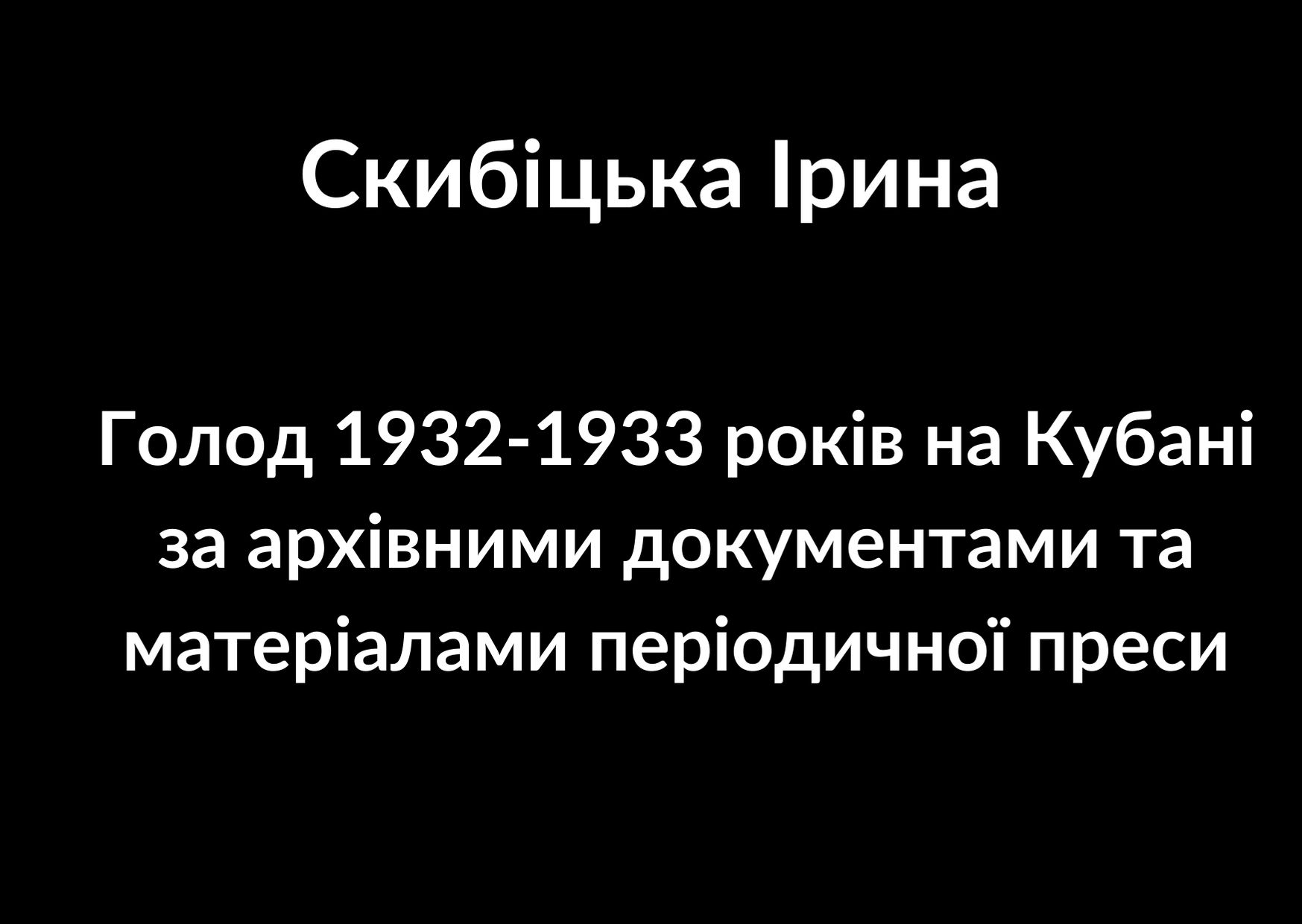 The famine of 1932-1933 in the Kuban, according to archival documents and periodical press materials

The article analyzes archival documents of the Documentation Center of the Contemporary History of the Krasnodar Kray and publications of the émigré press of the 1930s, which relate to the topic of the famine in the Kuban. The party resolutions and the system of repressive measures of the Soviet authorities concerning the farmers of the Kuban are characterized, the practice of listing villages on “black boards,” and the topics of foreign press publications of this period are considered. According to researchers, of the 7-10 million of Holodomor victims, 1 million (according to updated data – 3.5 million) are the population of the North Caucasus, mostly residents of the northwestern regions of the Kuban. Declassified documents of the Center for the Documentation of Contemporary History of the Krasnodar Kray, which became part of the museum exhibition “Declassified Tragedy: Famine in the Kuban in 1932-1933.” (Krasnodar, 2009), testified to the importance of updating this topic for the modern population of the Kuban.The documents illustrate the discrepancy between the volume of planned grain harvests and the actual volume of the harvested crop, which was significantly lower than planned due to drought and agrotechnical errors in the autumn of 1931. Of the 285 million poods of grain planned for August 1932, the share of the North Caucasus was 60 million poods, and Ukraine – 100 million poods. Following the party’s resolutions on combating sabotage of grain harvests, in the Kuban, prodrazverstka, purges of party ranks, and listing of villages on “black boards” were carried out, which provided for the complete removal of all food supplies and the cessation of all forms of trade. As a result of these repressive measures, by January 1933, 63,500 people were evicted from the villages, and 13,803 people – arrested. Depopulated settlements were inhabited by families of Red Army soldiers from the Urals, central regions of Russia; already in December 1932, 38,504 migrants arrived here. As a result of these measures, the wealthy Kuban farmers, the Cossacks, were destroyed. Despite the severity of censorship, the events of that time in the Kuban, were reflected in the emigrant press (“Caucasian Cossack” magazine, Belgrade, “Cossack. Herald of the Don Ataman,” Paris), which published letters from the Kuban with reports of hunger, cannibalism, and repression.