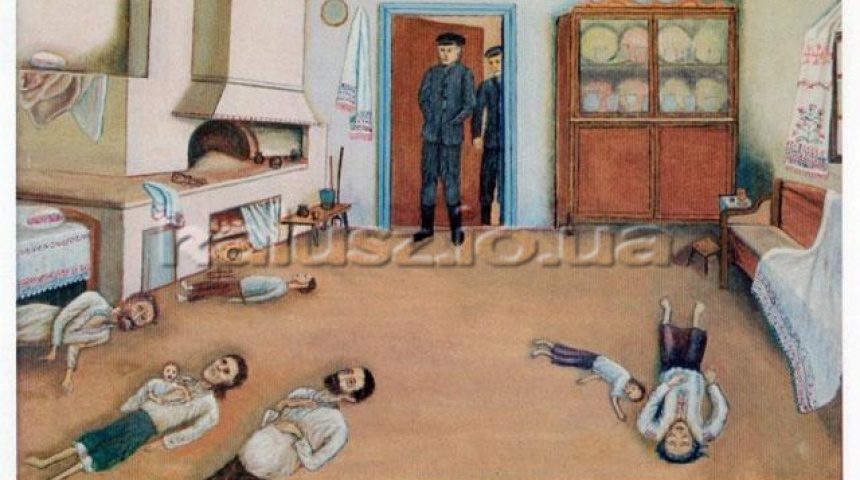 Painting “Famine of 1933” and “Finally we have achieved our goal!” belong to Petro Savchyn. Petro Savchyn, a native of Lviv, began the artist in 75. The last five years of age – from 75 to 80, already mortally ill, completely dedicated to the theme of the crimes of Soviet totalitarianism, Holodomor, concentration camps, deportation.

On the canvas the artist depicted his experiences: orphanhood, participation in the national liberation struggle in Galicia, the mobilization of the Red Army during the war, returning to the UPA, 9 years in the camps in Mordovia. Also he depicted the stories of others. Each painting is a tale, where he had seen or heard from anyone. The story of the Holodomor was not written from experience, but he used the memories of others.

Pictures are stored in the museum and exhibition center of the city of Kalush, as Petro Savchyn wanted.