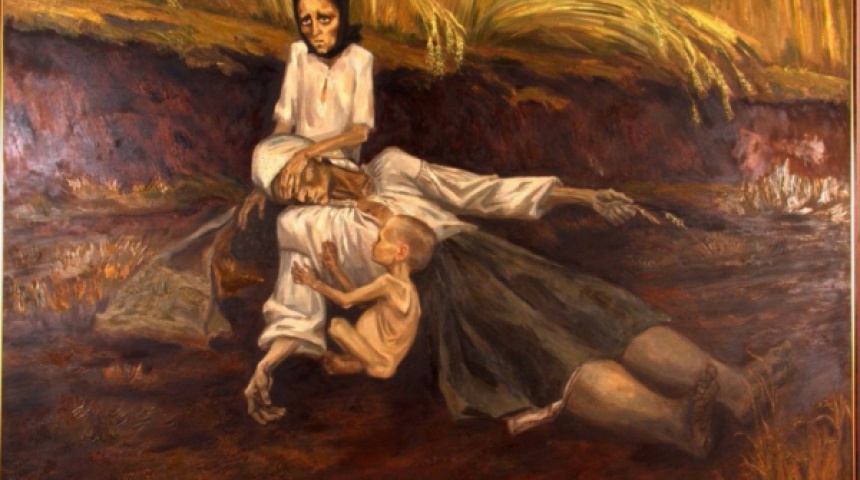 “The last way”: it describes hunger emaciated young man who pulls through the village on a cart corpse. Shocked villagers watched hunger and powerless to help.

“Mother of 1933”: on the wheat there is a dead mother lying on knees of her daughter. At the mother’s body there is a baby with bloated stomach, due to starvation, which tries to wake up his mother.

“Children of Holodomor”: starving children and mother sit on the threshold of his house. Children are very exhausted by hunger. The mother’s feet are already beginning to swell from hunger. The boy is approaching to them, asking for food. They have no food for him and for themselves.

“Way of Sorrow”: shows the starving peasants who mourn the dead and looked to a cart that dumped the corpses for burial pits.

The author of these paintings is Nina Marchenko. Ukrainian artist wrote these paintings in the 1990s when the Soviet Union collapsed, and with it destroying a ban on the truth about the crimes of Soviet totalitarianism.

Pictures are from the private collection of Morgan Williams.