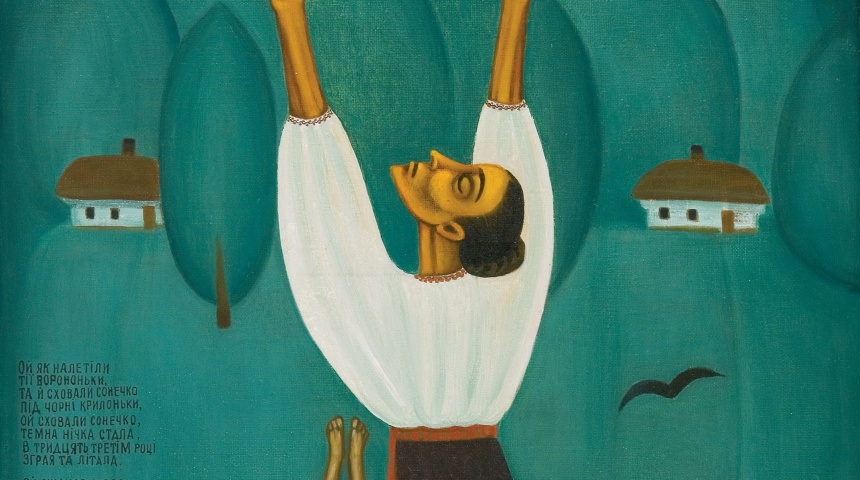 Oh, those crows swooped down

Ivan Novobranets, Honored Artist of Ukraine, member of the National Union of kobza players and of the National Union of Folk Art of Ukraine, devoted part of his work to commemorate the Holodomor victims. Painting “Oh, those crows swooped down” conveys the pain and tragedy of a mother who lost her son. The fault for this lies on the Soviet authorities. The artist painted crows as symbols of death and grief that came to the Ukrainian land.

Other artwork of Novobranets “Oh, the year thirty-third” also presents crows that fly over the mass graves of victims of the Holodomor. Innocents dress in traditional Ukrainian attire.

Pictures are from the private collection of Morgan Williams.