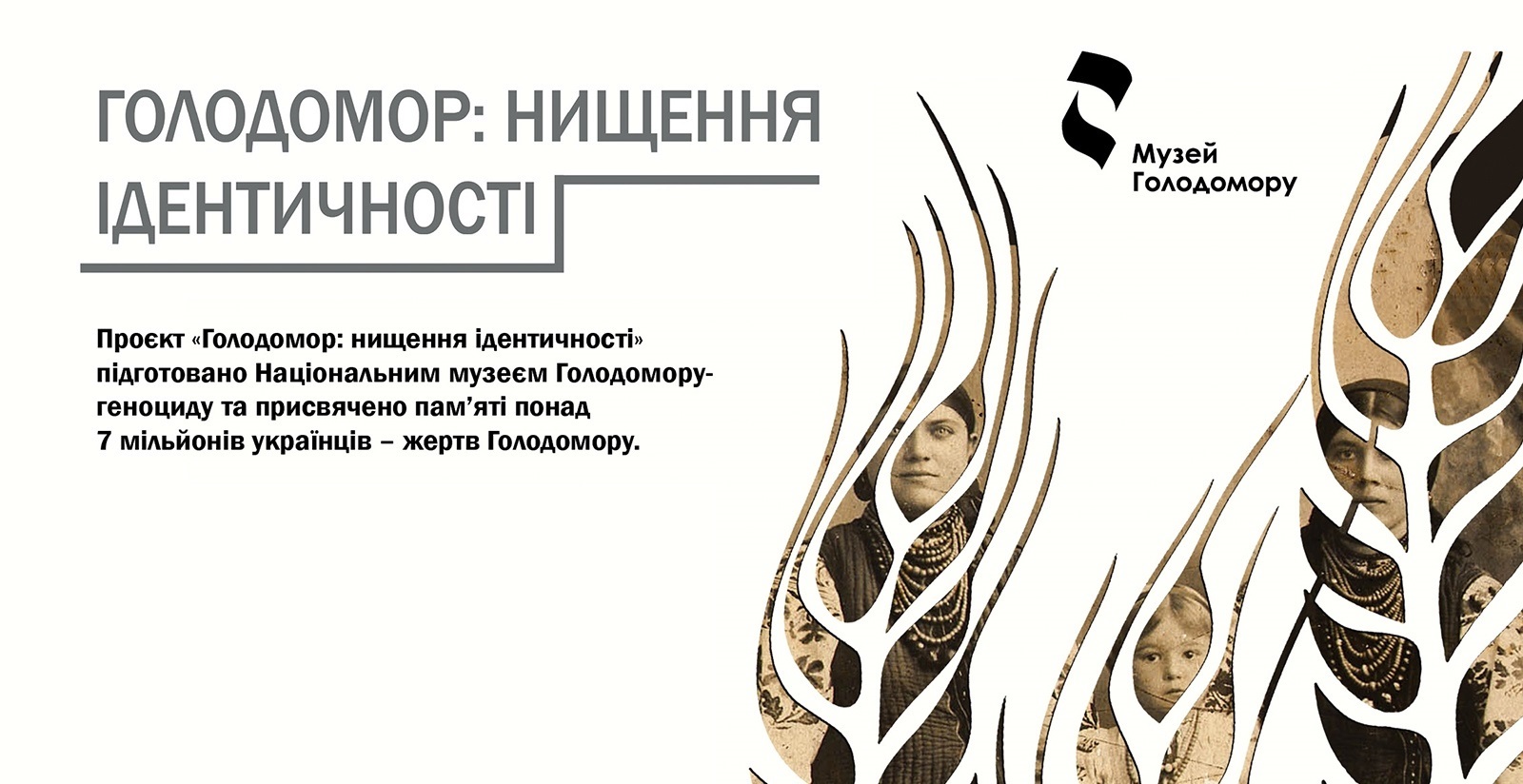 We, Ukrainians, are an autochthonous people on our land. We have our own language, culture and state. We have long been distinguished by a special character, based on a balance of rationality and emotion, a thirst for freedom and diligence. As a result of our state-building competition 100 years ago, the Ukrainian People’s Republic appeared on the world map.

But in 1932–1933, one of the greatest crimes in human history, the Holodomor genocide, was committed in Bolshevik-occupied Ukraine. The Ukrainian nation became the object of genocide. The main organizer of the crime, Joseph Stalin, aimed to prevent Ukraine from leaving the USSR.

The exhibition was created on the basis of the social information project of the museum and Kyiv Metro“Train of Ukrainian Identity”. The project was prepared for the 85th anniversary of the Holodomor and is dedicated to the memory of more than 7 million Ukrainians—victims of the genocide in Ukraine in 1932–1933. It was demonstrated in the Kyiv metro train from November 21 to December 11, 2018.

The authors of the concept are Lesia Hasydzhak and Yana Hrynko.