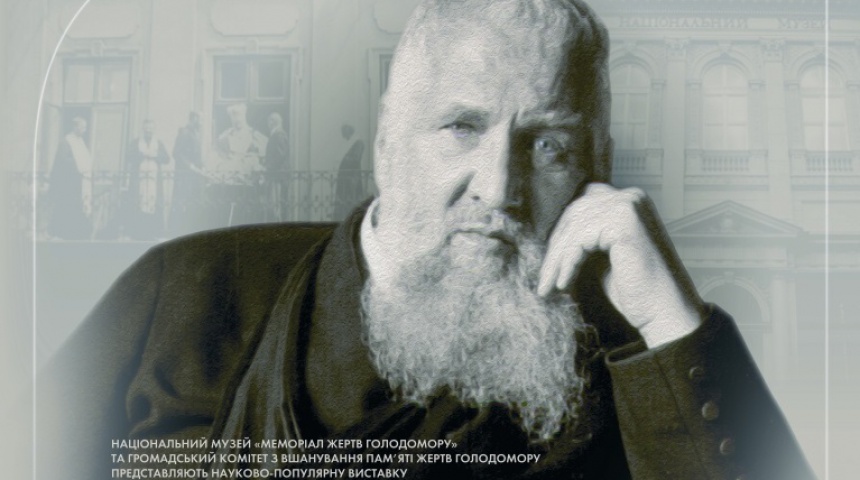 Our Hope is in God!

The exhibition is dedicated to the 150th anniversary of the birth of Metropolitan of the Ukrainian Greek Catholic Church Andrey Sheptytsky.

Since Ukraine got its independence, there was a huge progress in studying and promoting the true history of the Holodomor genocide. However, during all this time Western Ukraine, which was not included into the USSR at the time, appears in episodic memories, in terrible individual stories about people who managed to cross the river Zbruch and survived. The fact that Ukrainian Galicia tried to help Soviet Ukraine and inform the whole world about the crime remained unknown to the large community. This work started in July 1933 by the Ukrainian Greek Catholic Church, represented by Metropolitan Andrey Sheptytsky, who together with the bishops declared an appeal “Ukraine in Its Death Convulsions”, which was heard in Vatican, Warsaw and around the world and became historic. The result of the proclamation was creating of Ukrainian Public Committee of Salvation of Ukraine that initiated the creation of county and local committees, collecting documents and memories of witnesses of the tragedy, and most importantly, announced the 29th of October in 1933 to be the Day of National Mourning and Protest and holding the first in history liturgy and the requiem for the victims of famine. At the time when Church in Ukraine was torn and silent, Ukrainian Greek Catholic Church in Galicia said its word in defense of Ukrainians. The main role belongs to a figure of Metropolitan Andrey Sheptytsky.

The exhibition was presented on August 4, 2015.

Documents are stored in Central State Historical Archives of Ukraine in Lviv and Archive of The Liberation Movement Research Center.

Curator of the project and author of the conception is PhD in History, Deputy Director General of the museum Lesia Hasydzhak.

Exhibition is available in Ukrainian.