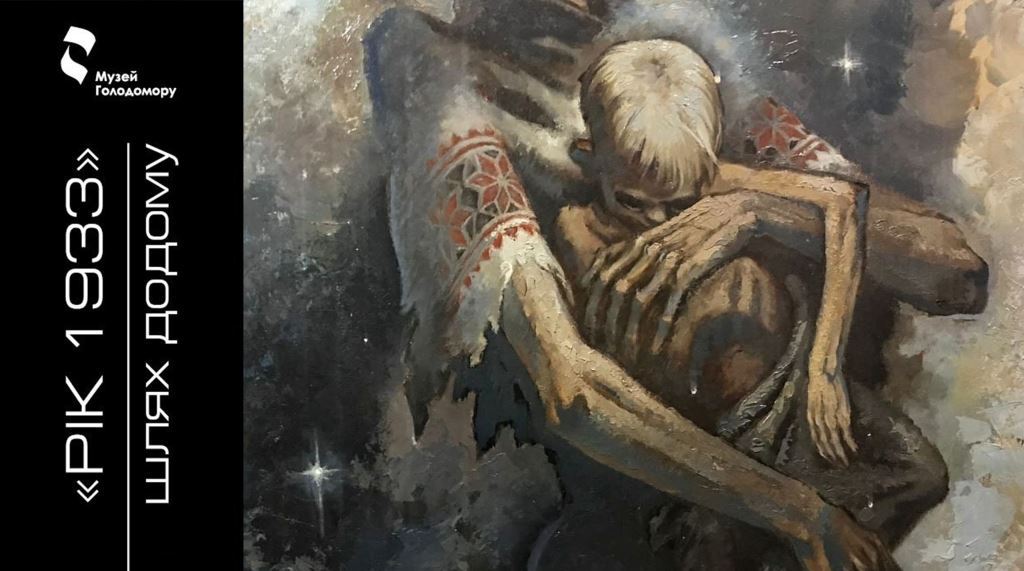 “Year 1933. The Way Home” is a story about Victor Cymbal, art, the Holodomor and “Year 1933″—the first painting about the genocide of Ukrainians. About an emigrant artist who, living on 3 continents and in 5 countries, has always remained a Ukrainian, and about an important work of art, which Ukraine has never seen before.

While in exile in Argentina, he did not stop contacts with Ukraine, so many of his works are dedicated to his Motherland. One of the most important, the painting “Year 1933”, was exhibited for the first time in Ukraine. In addition, the exhibition presents other works of Victor Cymbal, the best graphic artist of South America, illustrator of General Motors, Ford, Shell, Kodak, Martini, National City Bank of New York, Nestle and author ofa articles published in 200 magazines.

This is the first exhibition of the painting “Year 1933” in Ukraine and a large-scale story about the life path of the artist.

About Victor Cymbal. The artist found himself in Czechoslovakia after the defeat of the Ukrainian National Republic army. There he received an academic education in art and won a competition in graphics, but under the pressure of disturbing news he moved to Argentina, and in 1960—to the United States.

The artist opened a Ukrainian school in Buenos Aires at his own expense, worked for the Prosvita Society, designed and wrote articles for Ukrainian-language newspapers, and made sets for Ukrainian performances. An important part of Victor Cymbal’s life was raising funds in 1933 to help refugees from the Holodomor in the USSR. Ukrainians who managed to cross the border into Romania were threatened with repatriation to the Soviet Union, so financial assistance certainly saved their lives.

About the painting. Started in 1933 and first presented in 1936, Victor Cymbal’s painting “Year 1933” is probably the first painting on the Holodomor.

During its first exhibition in 1936 in Buenos Aires, it caused a reaction—supporters of communism protested outside the gallery. The painting is considered the pinnacle of the artist’s achievements in combination with a deep historiosophical content with a mature art form.