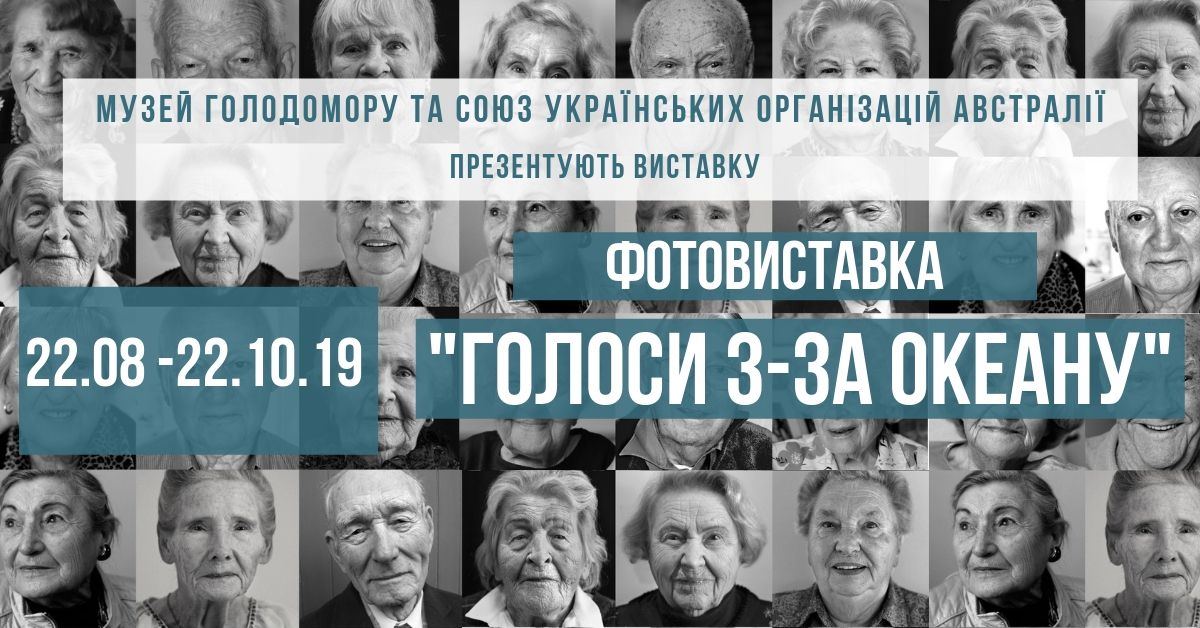 Photo Project “Voices from across the Ocean”: Stories of the Witnesses from Australia

The National Holodomor-Genocide Museum and the Australian Federation of Ukrainian Organizations are presenting a photo exhibition “Voices from across the Ocean”. The grand opening will take place at 12:00 in the Hall of Memory of the museum (3 Lavrska St., Kyiv). The project will last for two months – from 22 August to October 22, 2019.

The photo project was created to commemorate the 85th Anniversary of the memory of the victims of the Holodomor in 2018 and displayed at the SpASE GALLERY Gallery (Melbourne, Australia) and will now be presented to Kyiv residents and guests at the Holodomor Museum.

“Voices from across the Ocean” exhibition, through photographs and memoirs (presented as letters), tells the personal stories about the 1932–1933 Holodomor of twenty one people from 10 regions of Ukraine. After the 1930s, eyewitnesses emigrated to Australia, where they were sought out by project curators, Australians of Ukrainian origin, to collect evidence and preserve the memory of one of greatest genocides of humanity.

Even given the miles of land and oceans between Ukrainians, they will always be united by national identity, language, history and collective memory, including the Holodomor.

Exhibition is available in Ukrainian and English.