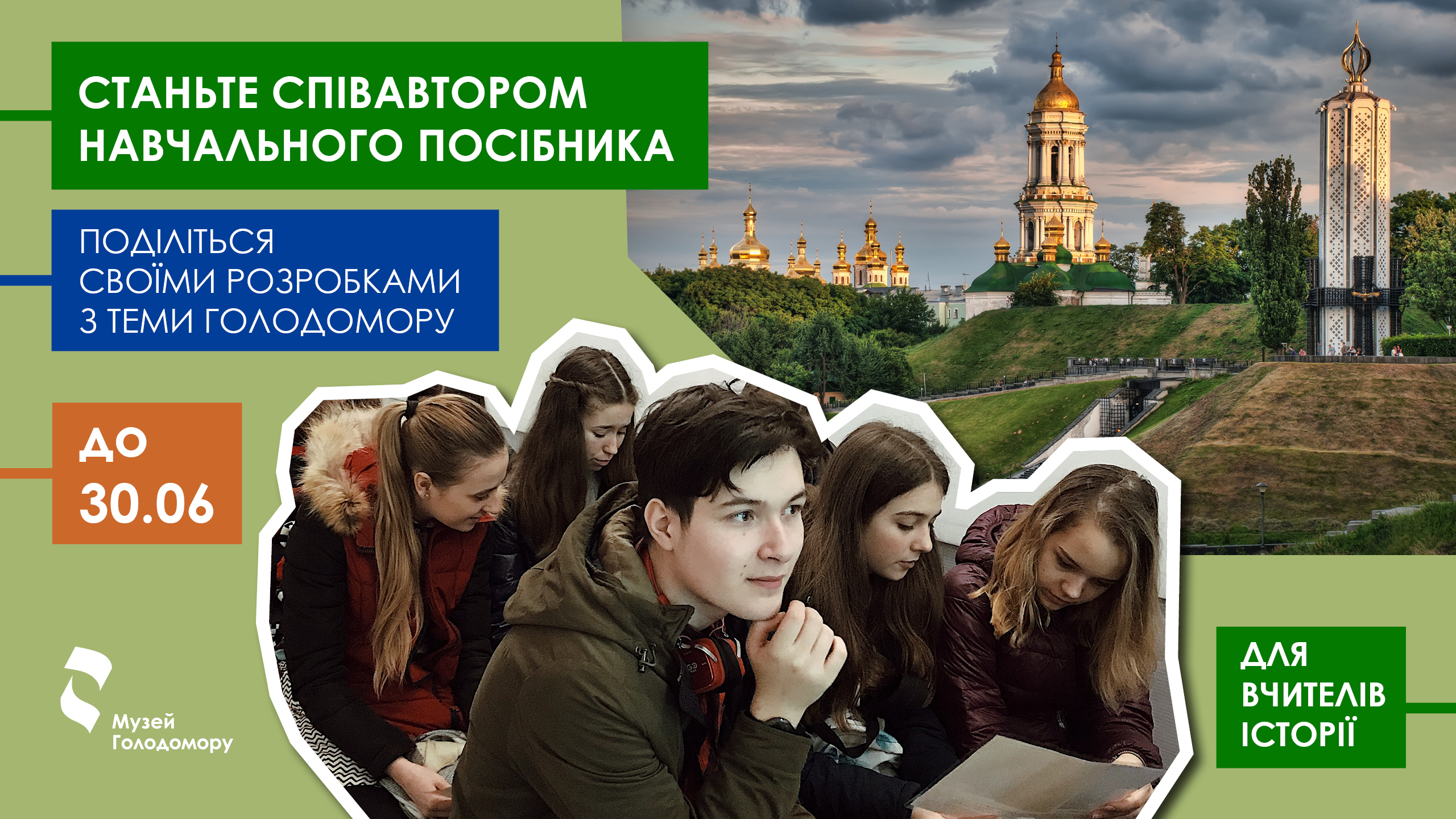 History Teachers, You Can Become the Co-Authors of the Textbook about the Holodomor

You are the mediators between the true history and the schoolchildren. It is the teachers who, when talking about the past, form an idea of ​​what the future should be like, and we truly thank you for that.

In 2019, the Holodomor Research Institute, the National Museum of the Holodomor Genocide and the Faculty of History Taras Shevchenko National University of Kyiv – official developed an elective course program for grades 10-11 “Holodomor of 1932-1933 as genocide of the Ukrainian nation”, which was recommended by the Ministry of Education and Science of Ukraine.

We are currently working on a single textbook for this elective course, which will be supplemented by a collection of educational classes and lessons developed by history and civic education teachers.

You can co-author it!
Join the initiative and share your developments of previously unpublished lessons and interactive classes for the textbook in the following areas:

We look forward to receiving your letters to [email protected] by June 30, 2020.

Sincerely,
team of the Holodomor Museum.