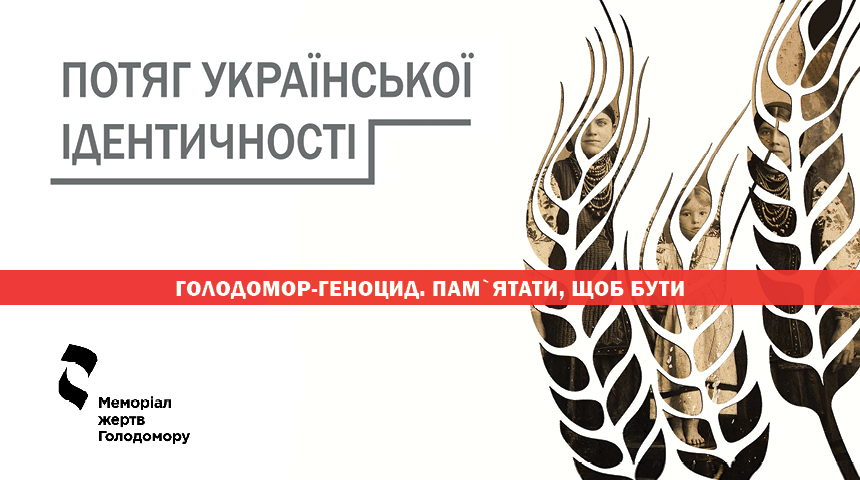 From May 14, 2019, the “Train of Ukrainian Identity” will run on the metro lines in Dnipro. This is a special scientific and educational project of the National Museum “Holodomor Victims Memorial” (Kyiv), which was implemented in the city of Dnipro in cooperation and with the assistance of the Communal Enterprise “Dnipro Metropolitan.”

“Train of Ukrainian Identity” is the train of the subway, the wagons of which contain posters about unique subjects and phenomena of culture and science, social development and everyday life, about Ukrainians who have changed history, about everything that forms our identity, and all that was destroyed, liquidated or forbidden after Ukraine was occupied by the Bolsheviks. In 1932–1933, it was they who committed one of the greatest crimes in the history of mankind – the Holodomor-genocide, the object of which was the Ukrainian nation.

The presentation of the project will take place on May 14, 2019 in the city of Dnipro at the Pokrovska station. Beginning at 11:00.

The project “Train of Ukrainian Identity” was created by the employees of the National Museum “Holodomor Victims Memorial” in cooperation with about 10 museum and archival institutions of Ukraine in order to commemorate the 85th anniversary of the Holodomor-genocide. In November of 2018, it was presented at the Kyiv Metro.