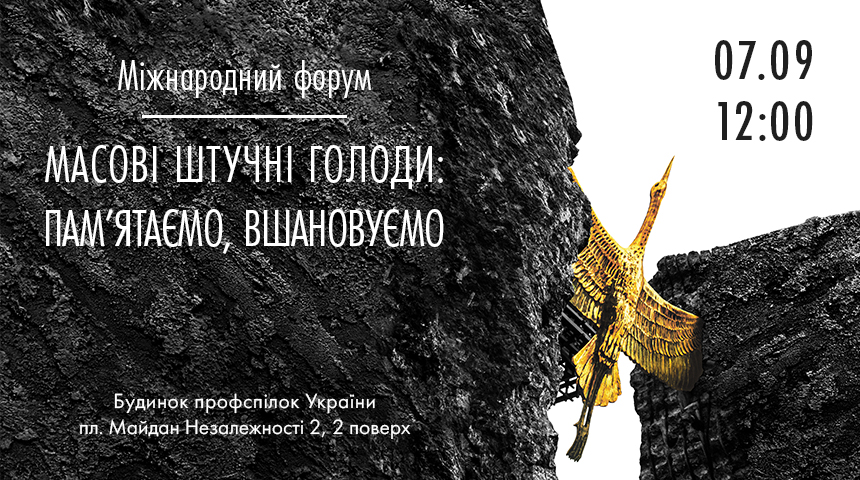 On September 7, 2021, the International Forum “Mass Man-made Famines: Remember, Honor” will be held.

The forum will start at 12:00  in the Trade Unions Building of Ukraine (Kyiv, Maidan Nezalezhnosti, 2). Entry by invitation.

An event that will significantly change society’s perception of the communist totalitarian regime’s crimes against the Ukrainian nation.

It is expected, that representatives of the Verkhovna Rada and the Ukrainian government, as well as representatives from international and non-governmental organizations, the scientific community, and Ukrainian public opinion leaders, will participate in the Forum.

The purpose of the Forum is to actualize the discussion in Ukrainian society and the international community on the Holodomor genocide of 1932-1933, mass man-made famines of 1921-1923, 1946-1947; to unite society in order to spread the truth about the crime of genocide against Ukrainians committed by the communist totalitarian regime.

The Holodomor Museum is the only museum in the world that tells about the genocide against Ukrainians. We spread in Ukraine and around the world accurate information about the crime of genocide against the Ukrainian nation, the dangers of totalitarian regimes, violations of human and civil rights. We discuss the importance of preserving the collective memory and help ​to build a social, legal democratic state and civil society.