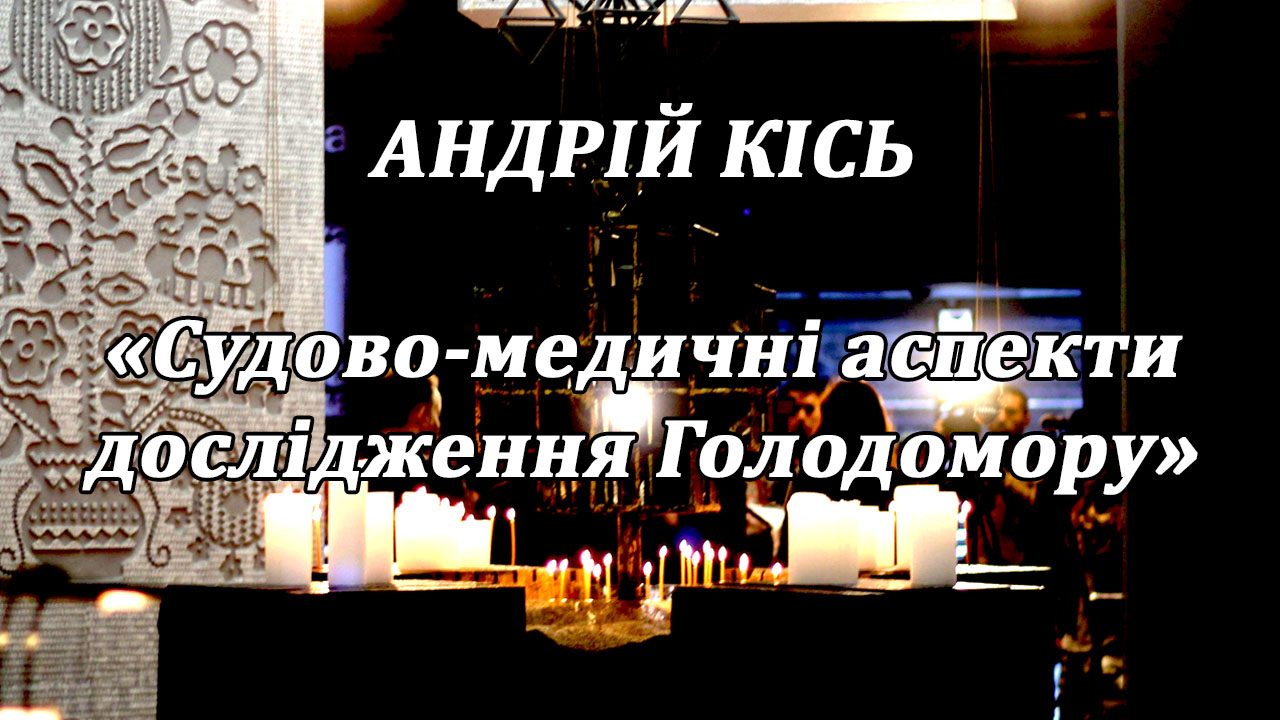 Within the project „Oral history of Holodomor“ there will be held the meeting with the candidate of medical sciences, high-qualification class expert, doctor of the highest category, criminalist, forensic expert Andriy Kis.

The expert has been conducting the expertises during the criminal process on the fact of committting the crime of genocide in Ukraine in 1932-1933. Despite the fact that the official investigations were over, the author continued to make the research by his own. He analyzed lots of archive documents and compared their content with fundamental medical and biological results. It was discovered, that the real number of deaths is much higher than it is told in official ducuments.

Why is the question about the number of dead during Holodomor still actual? How did it happen that the calculations are still going on? On September 14, 2018 National Museum “Holodomor Victims Memorial” invites you to the lecture “Forensic aspects of Holodomor investigation“ by Andriy Kis. He revealed dozens of falsifications in the reporting documents of different government agencies of Kharkiv, which were made in order to cover up the scale of mortality in 1932-1933. The expert will show these unique archive materials to the visitors. The lecture will contain visual documentation and graphic analytics.

The lecture will be held on September 14, 2018 in the Hall of Memory of National Museum “Holodomor Victims Memorial” (Lavrska str. 3, Kyiv). Beginning at 14:00. Entrance for free.