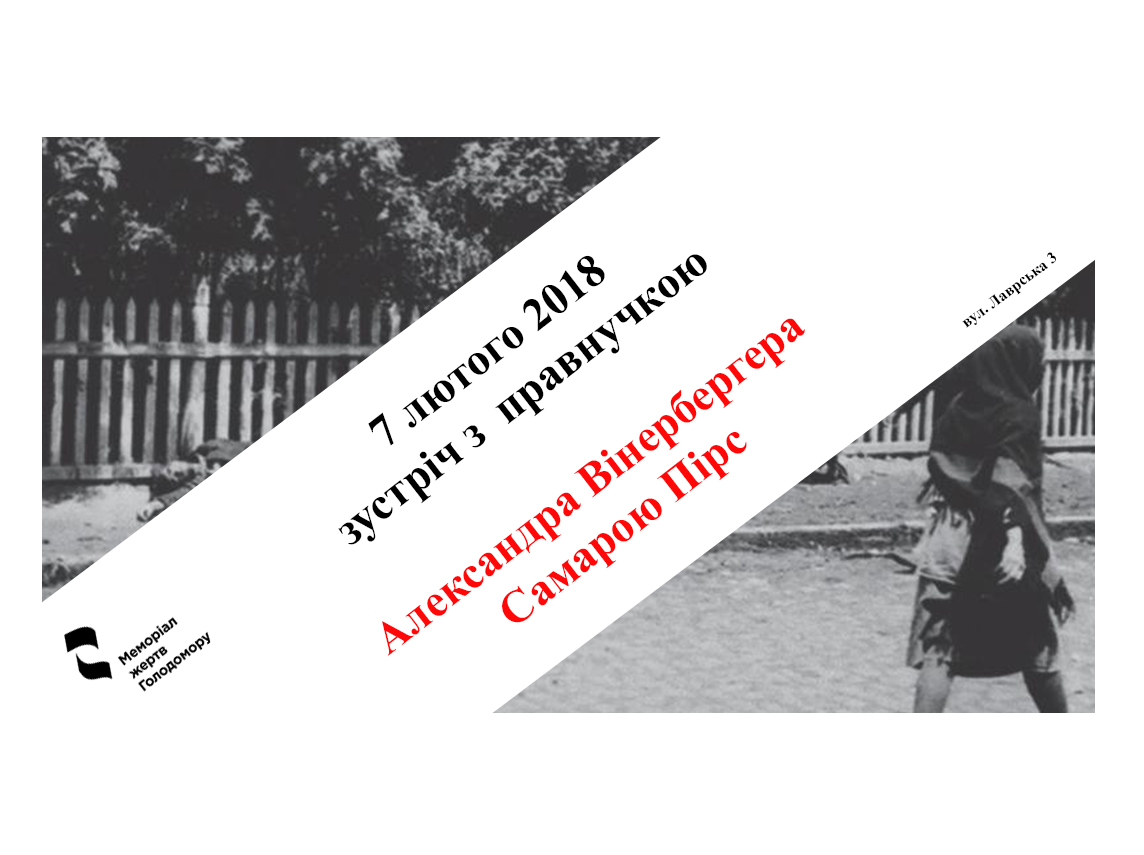 Meeting with the great granddaughter of the engineer Wienerberger, the author of the Holodomor's unique photo

In 1935, in Vienna, was published a book “Should Russia starve?” by Ewald Ammende, who in 1933 headed the inter-confessional committee for the assistance of the starving people in the USSR. The Committee continued to disseminate information about the Holodomor, even when it was impossible to save millions of Ukrainians. The book contained 21 images, attributed as “photographs of the starving people on the streets of Kharkiv in 1933, filmed by an Austrian technical specialist.”

In 1939, it became known that the author of those photos was Alexander Wienerberger, the author of the book “From time to time it is not easier.” He was one of thousands of foreign specialists who were hired by the Soviet power in 1930’s for the construction of large industrial facilities in the Ukrainian SSR. Alexander with the “Leica” camera secretly made photos of what he saw on the streets of Kharkiv, and brought them to Austria. For today, these are almost the only photographs which documented the process of Holodomor and the victims of it. The photos of the capital of Holodomor – Kharkiv – were included in 2009 as evidences for the investigation and a criminal case on the fact of committing a crime of genocide on the territory of Ukraine in 1932-1933.

On February 7, 2018, the National Museum “Holodomor victims Memorial” invites everyone to meet the great granddaughter of Alexander Wienerberger, a photo artist Samara Pearce. Samara traveled to Kharkiv and made photos of the same places that her great grandfather did in 1933. In 2014, she presented her own book album “Masks of Holodomor”. In the book, the photos of the Holodomor victims are combined with the modern ones and placed in the same order they were originally arranged in the Wienerberger’s album “From time to time it is not easier”. The plexus of photos from 1933 and 2013 of the same land but with the difference in 80 years is as the connection between different generations of Ukrainians.