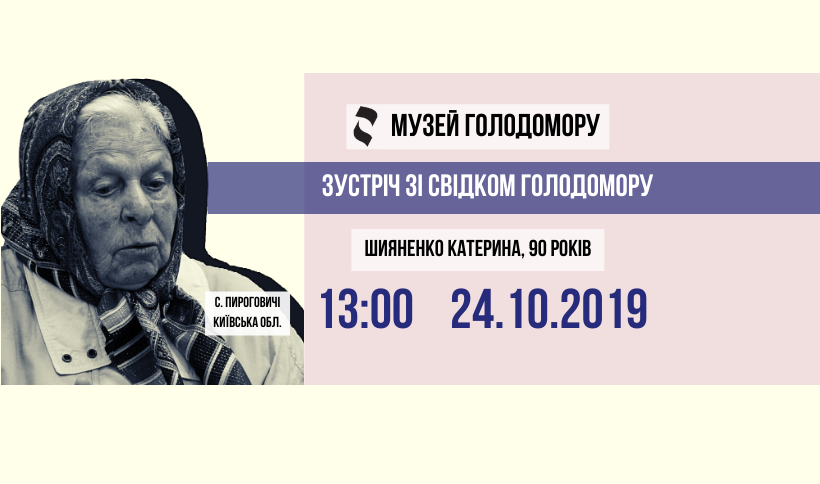 “I don’t believe I could survive …”

The Holodomor witness Kateryna Shyianenko, born in 1929, lived in the village of Pyrohovychi in Kyiv region
From a young age, she had to survive. Initially, a large family was dekulakized and moved from a large house to a small pantry. In 1929, when collectivization began, neither her father nor her grandfather joined the collective farm.

The family survived miraculously because of the thin slices of bread they brought from their collective farm, and the surrogates that became the common food of Ukrainian farmers in 1932–1933.

A pity has happened! Kateryna Shyianenko, the Holodomor witness with whom a public meeting was to take place, fell ill. She congratulates you and we sincerely wish her a speedy recovery. Within the framework of the project “Oral History of the Holodomor”, a meeting with Vasyl Tsyba will take place. Vasyl Tsyba is a unique Holodomor-genocide witness from Raihorod village of Chernihiv region. Having survived the genocide, Mr. Vasyl will tell about his family’s life, dispossessions, hunger, and share memories of ways to survive.