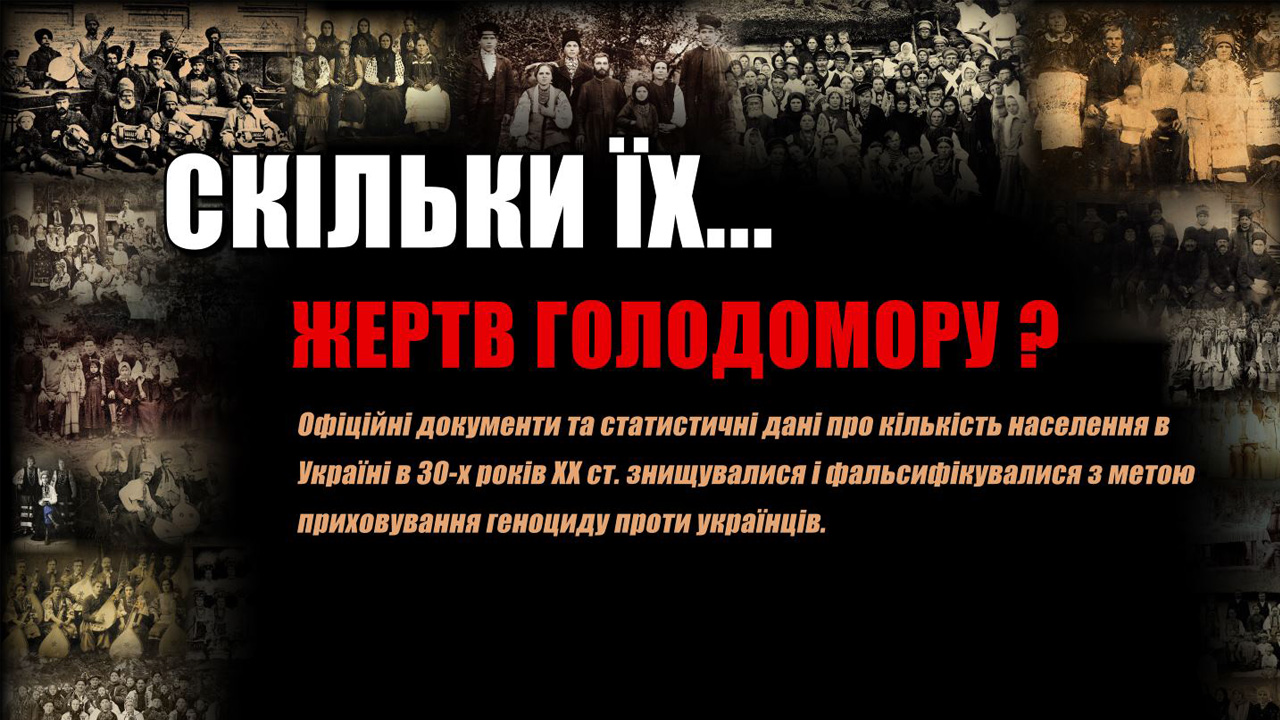 Opening of an exhibition “Holodomor-genocide in the language of numbers”. Presentation of the collection of materials of the International Scientific Conference "Man-made starvations in Ukraine of the Twentieth Century" (up to 85th anniversary

Participation in the event will take:

Lilia GRYNEVYCH – Minister of Education and Science of Ukraine;

Ivan VASIUNYK – co-chairman of the public committee to commemorate the victims of the Holodomor-genocide of 1932-1933 in Ukraine;

People, invited to the event:

Olga Bazhan, the Director of the Central State Archives of Public Associations of Ukraine;

Vasyl Marochko, Doctor of Historical Sciences, Chief Scientist of the Institute of History of Ukraine

The Soviet totalitarian regime made all possible efforts to destroy the memory of the murder of more than 7 million Ukrainians for several generations. But the memory of the people is indestructible. Today, Ukraine supports the establishment of historical truth and the memory of the millions of Ukrainians – victims of Holodomor, who deliberately destroyed the Stalinist regime by the international community.

By the 85th anniversary of the terrible crime, the genocide against the Ukrainian people, the National Museum of Holodomor Victims Memorial on September 12 opens the exhibition “Holodomor-Genocide in the language of numbers.” Visitors will be able to learn more about different estimates of demographic losses from the 1932-1933 Holodomor genocide.

In addition, the presentation of the collection of materials of the International Scientific Conference “Artificial Starvations in Ukraine in the Twentieth Century” will be held.