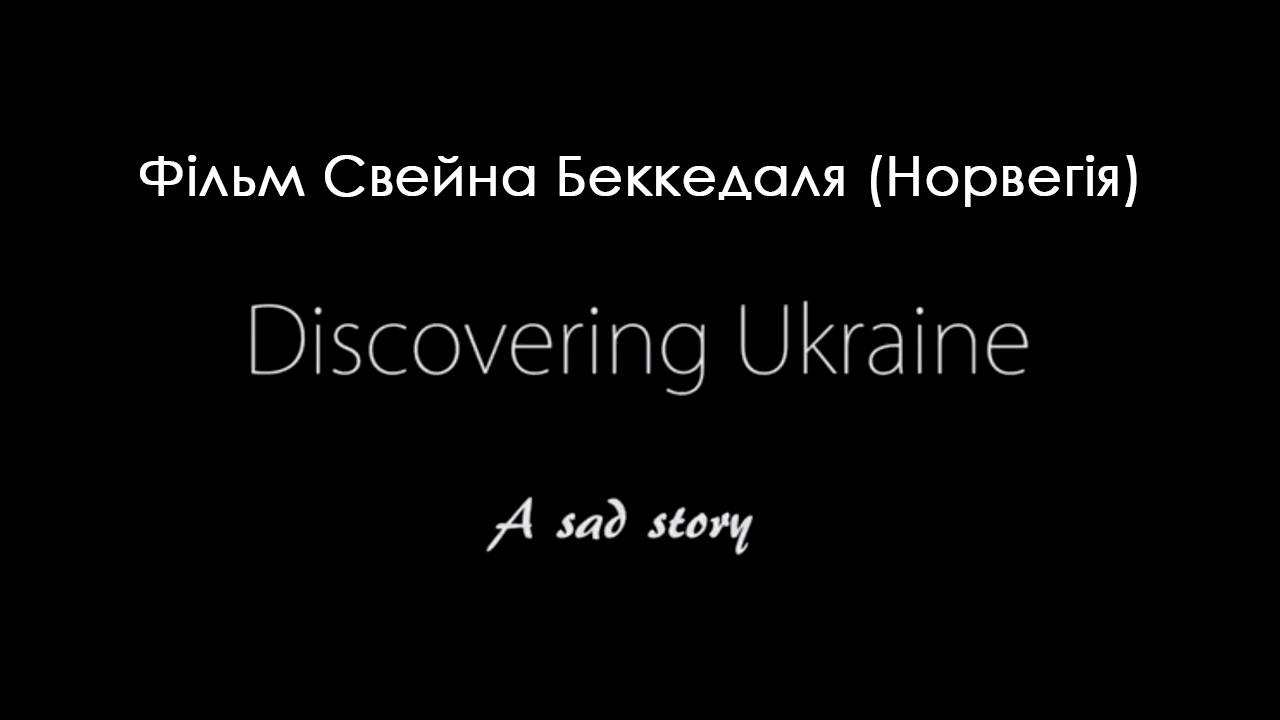 On the 21st of December, 2017, at the National Museum “Holodomor victims memorial” (3 Lavrska street) at 15.00 the presentation of the documentary about the Holodomor will be held.

The movie “Discovering Ukraine. A sad story” was created in 2017 in Norway by Svein Bækkedal, who has been working for many years at the Norwegian television and tells about the history of Ukrainian genocide which is called “the Holodomor”. Since the film is oriented to the Western European viewers, the story begins with the fact that there is an independent state of Ukraine rich with different natural resources. And the people of this state experienced a terrible crime – genocide, extermination with hunger in the early 1930s, about which Western audience does not suspect. Actually, the film is aimed to tell exactly about it.

“I want my country, Norwey, to recognise this tragic event, the Holodomor, as genocide. In this way we would demonstrate respect to Ukrainian people and what they have gone through. I think that a red line of violence against Ukrainian people stretches until today. That is why this movie concerns the modern history of Ukrainians”, – the author explained the purpose of the movie.

Unfortunately, the director Svein Bækkedal didn’t have the possibility to present it personally in Kyiv. He entrusted this mission to the Holodomor Victims Memorial and his colleague in the film and the friend Serhii Perhalskii.

The presence and welcome speech from The Ambassador Extraordinary and Plenipotentiary of Norway to Ukraine, Ole T. Horpestad is also expected at the event.

As of 2017, on the state level the Holodomor as the genocide against Ukrainian nation was recognised by Estonia, Australia, Canada, Hungary, Lithuania, Georgia, Poland, Peru, Paraguay, Ecuador, Colombia, Mexico, Latvia and Portugal.

The government of Ukraine repeatedly appealed to the authority of Norway to recognize the Holodomor as an act of genocide. However, the work on this issue requires more time, coordinated and combined efforts of the entire country. And the international activity of the museum is aimed at achieving success in this.