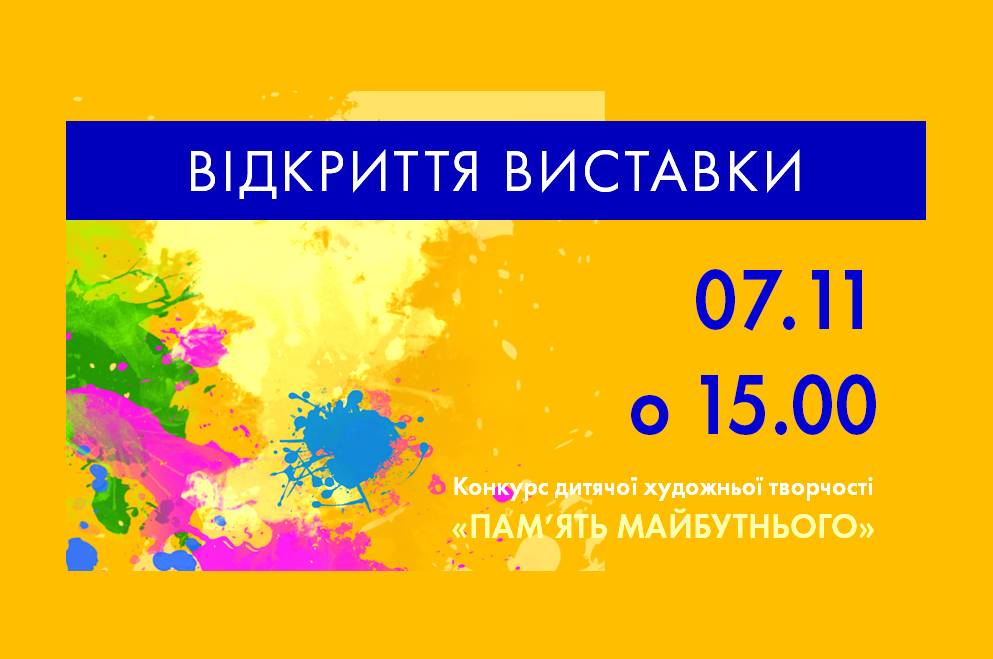 On November 7, at 3 pm, the Holodomor Museum will host a presentation of the works and announcement of the winners of the Children’s Art Contest “MEMORY OF THE FUTURE”.

In April of 2019, the National Museum of the Holodomor-Genocide and the International Charitable Foundation for the Holodomor Victims Memorial Development announced a competition to mark the 86th anniversary of the Holodomor to spread knowledge about the tragic pages of our history and prevent the repetition of genocide.

More than 300 e-applications from 23 regions of Ukraine (including those from the occupied territories of Crimea and Donbas), as well as from Turkey and Belarus have been submitted to participate in the competition. In total, 288 children submitted applications. They were divided into 3 age categories: 6–9, 10–13, 14–17 years.

On November 7, the winners will be announced and prizes, diplomas and special awards will be announced during the opening of the exhibition. There are 1, 2 and 3 places in each age category. Some participants will also receive a Grand Prix and a Public Award Prize, which is still being voted for on at the museum’s website.

All participants, their representatives, parents and teachers of the institutions participating in the competition are invited.

The works were evaluated by a jury headed by Yevhen KARAS, art expert, gallery owner, chairman of the expert council for Contemporary Art of the Ministry of Culture of Ukraine.