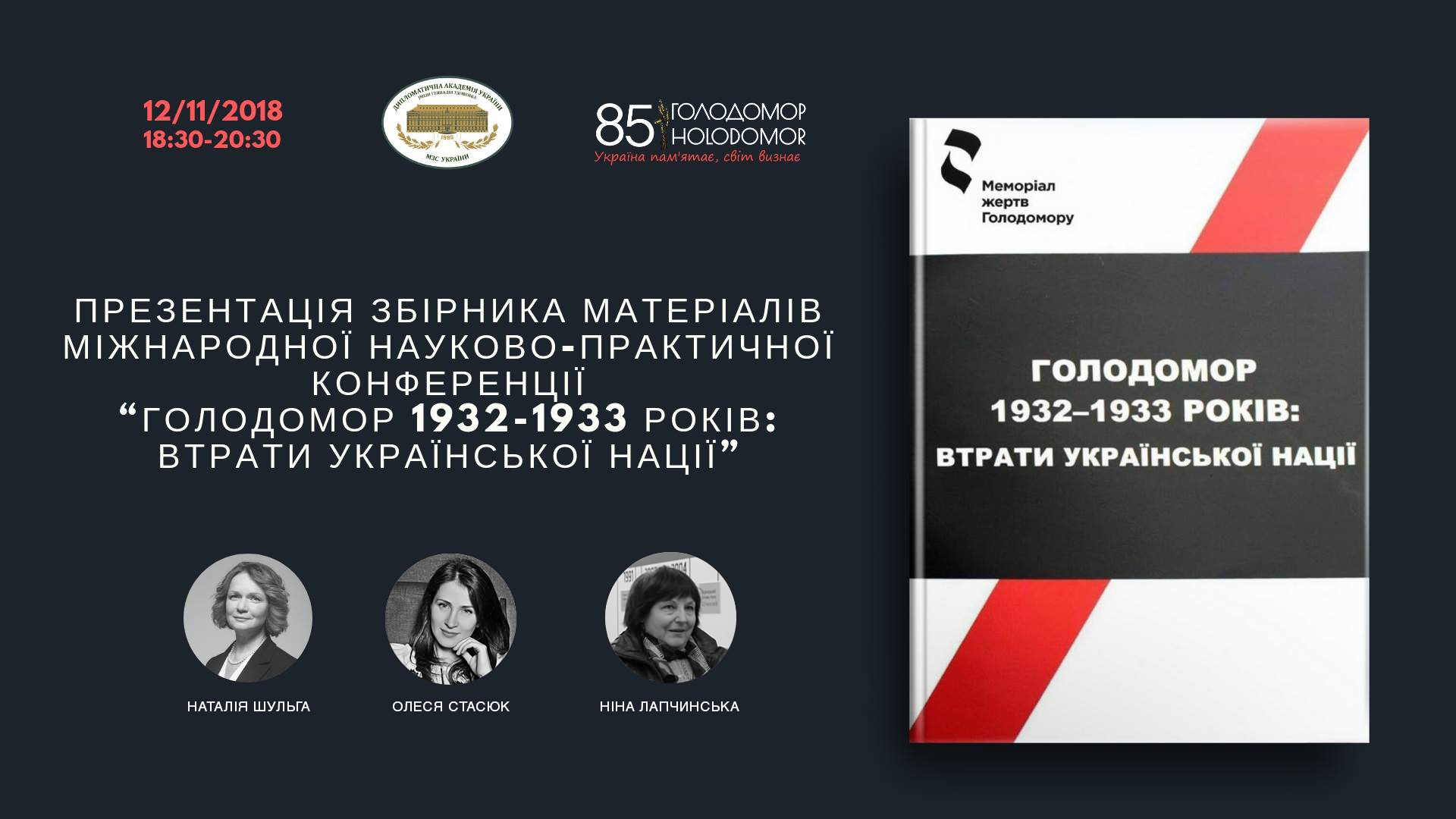 Presentations of the Proceedings of the International Scientific-Educational Working conference "Genocide-Holodomor of 1932-1933: The Losses of the Ukrainian Nation"

Natalia Shulga – Deputy Director of  Gennadiy Udovenko Diplomatic Academy of Ukraine at the Ministry of Foreign Affairs of Ukraine.

Nina Lapchynska – the main keeper of the funds of the National Museum “Holodomor Victims Memorial”.

On October 4, 2016, on the basis of the Taras Shevchenko National University of Kyiv, supported by the Ukrainian Genocide Famine Foundation (Chicago, USA) and the Public Committee for Commemoration the victims of the 1932-1933 Holodomor-Genocide in Ukraine, the National Museum “Holodomor Victims Memorial” held the International Scientific-Educational Working Conference “Genocide-Holodomor of 1932-1933: the Losses of the Ukrainian Nation “.

In 2017, Holodomor Victims Memorial printed the proceedings of the conference.

On November 12, 2018, Holodomor Victims Memorial presents an English version of the proceedings of the conference at Gennadiy Udovenko Diplomatic Academy at the Ministry of Foreign Affairs of Ukraine for representatives of foreign diplomatic missions in Ukraine and Ukrainian diplomats to raise awareness of the Holodomor’s history among diplomatic staff.

The scientific materials are intended to be used for sharing the information about the genocide of the Ukrainian nation in the 1930s.

The presentation will be held in order to commemorate the 85th anniversary of the Holodomor-Genocide. Scientists, representatives of museums and public organizations, and all those who are interested in the history of Holodomor are invited.