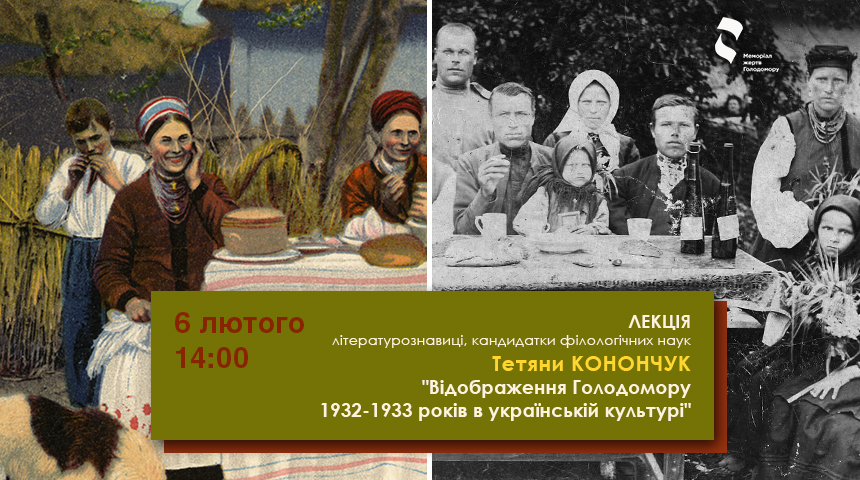 “For all ages, in all formations people on earth always lack bread and truth.” (O. Kolomiets)

Culture preserves the memory of past crimes, not worse than archives, but besides, it is looking for ways to understand the trauma, the language to express it. Ukrainian artists never left the genocide of the Holodomor aside, creating their own artistic vision of the horrible events of 1932-33 and trying to find words to convey the surrounding reality. The pearls of Ukrainian literature of the XX-XXI centuries – I. Bagryanyi, V. Barka, V. Goloborodko, E. Gutsalo, A. Dymarov, J. Klen, L. Kostenko, and T. Osmachka – sought their language to transfer of national and universal trauma. However, their freedom to express themselves, freedom to the truth was limited to a strict prohibition by Soviet power even to recall the Holodomor. And instead of reflecting real events, the myth of Soviet reality was created.

But was it necessary during the Soviet era, that the artists were following the canon, after experiencing genocide and loss of their relatives? How did chronologically change vision of the traumatic experience of the past nation in the works of art? What are the dominant artistic insights on the Holodomor culture and how genocide influenced the tendencies of Ukrainian culture?

Such questions will be covered by Tetyana Kononchuk, a researcher on the topic of the Holodomor in Ukrainian culture in her lecture.

Registration is required for the event: https://goo.gl/forms/h0FNC8vRWpGWeGiH2.

See in a museum!