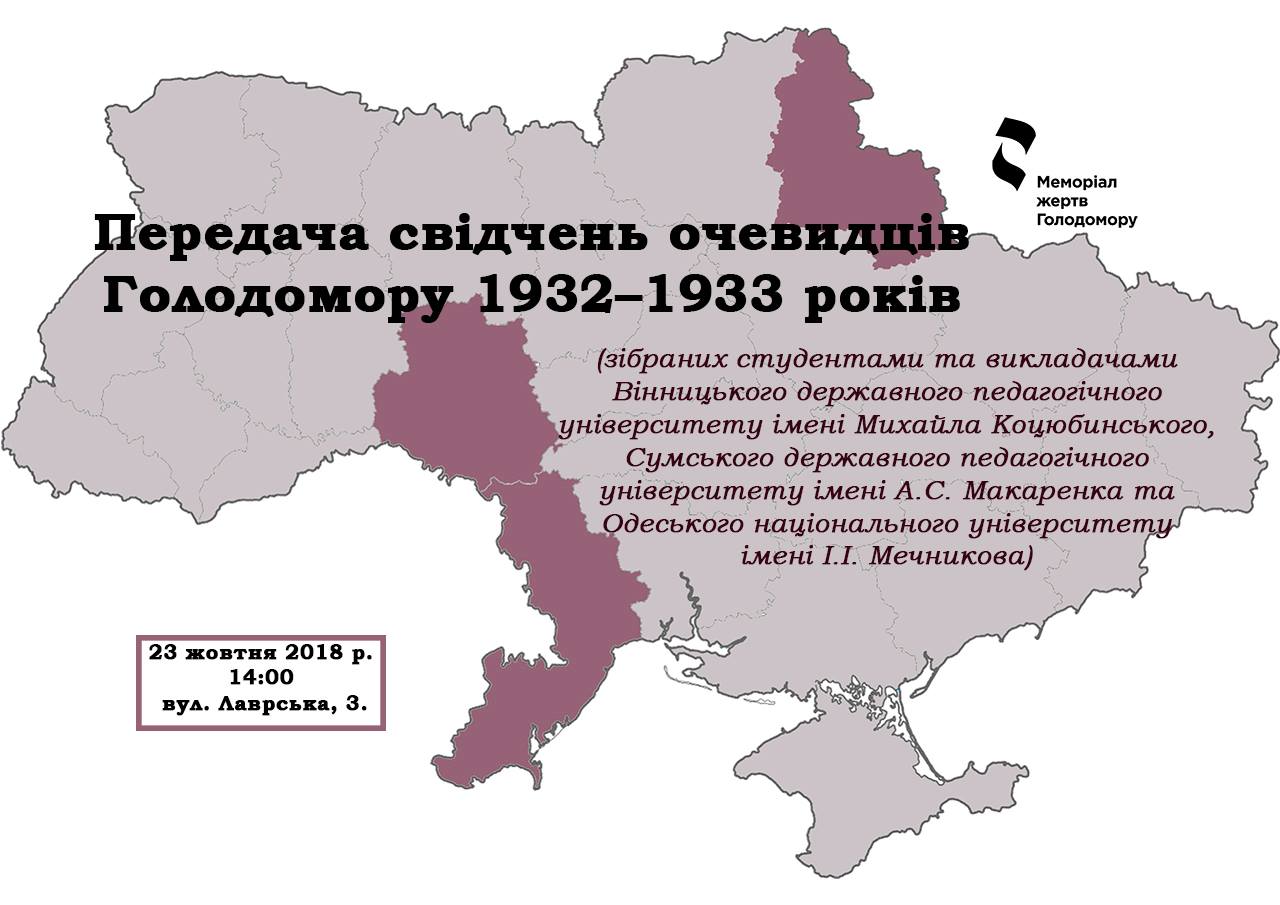 Universities will pass testimonies of Holodomor witnesses to the museum

Oral history is a relatively young scientific trend in history, which is actively developing in the world since the second half of the twentieth century. It is known that giving the testimony is not only part of the recovering process of an injured person, but also a source of information. It is the testimonies that can provide information such as time, movements, emotions, behavior, sometimes colors that often do not transmit official documents or photos.

In 2007-2008, the universities of Vinnytsia, Odesa, and Sumy worked on research projects, in which a number of expeditions were carried out to the regions of Ukraine. As a result, hundreds of testimonies from people who survived the Holodomor were collected. On the eve of the 85th anniversary of Holodomor, the administration of the universities were urged to convey unique memories to the National Museum “Holodomor Victims Memorial”, the only state museum of the history of the Holodomor-Genocide and a center for preserving national memory of a terrible crime against the Ukrainian nation.