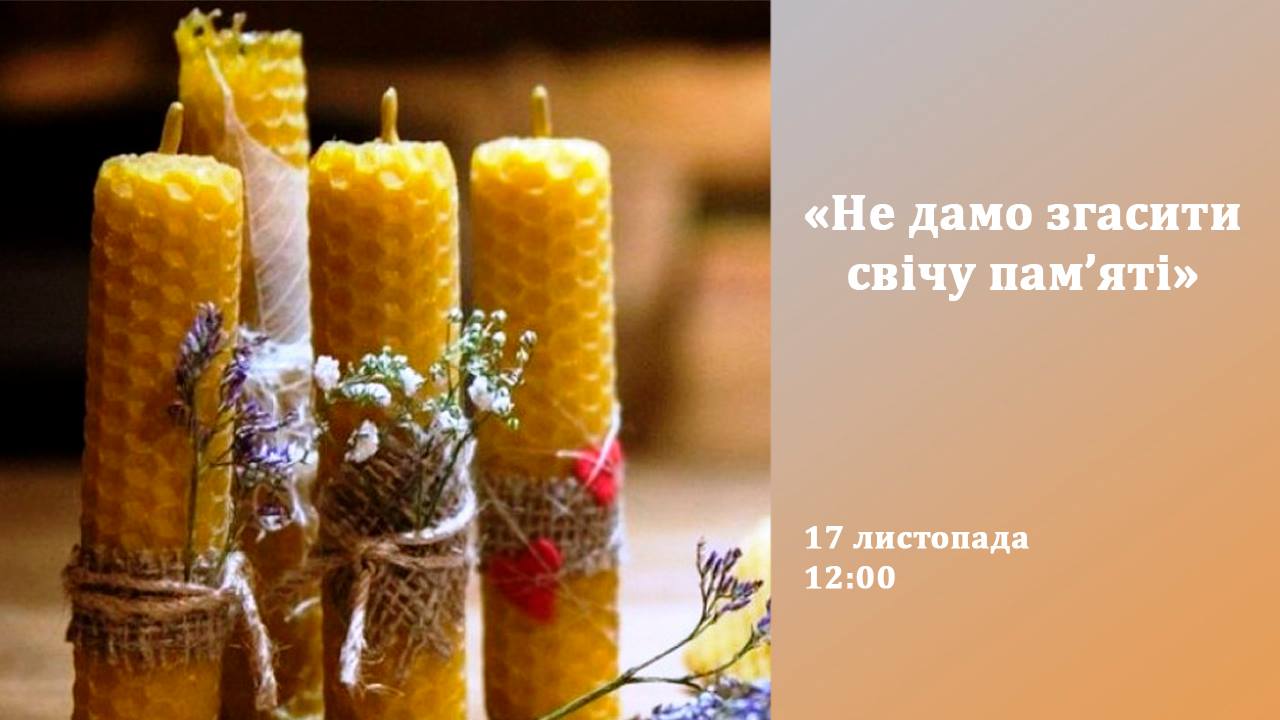 14 years ago, a great researcher of the Holodomor, James Mace, suggested the tradition of lightning a candle and putting it on the windowsill in memory of the victims of the genocide in Ukraine in 1932-1933. Ukrainians adhere to this tradition to present times: every fourth Saturday of November we light a candle of memory at 16 pm.

The National Museum “Holodomor Victims Memorial”, hoping to save this tradition in the future, offers its visitors a special master-class for making candles “Let’s not extinguish a candle of memory.”

On November 17, 2017 at 12:00, the Holodomor Victims Memorial will hold an open master class for students of the fifth grads of Brovary Secondary School. Students will learn how to make candles from museum workers, as well as learn more about the role and meaning of candles in the traditional Ukrainian culture, the candle as a symbol of the museum and the tradition of honoring the memory of millions of Ukrainians who were starving during the years of the Ukrainian genocide – the Holodomor of 1932 -1933.

According to the intention, a candle made during a master class should be lightened by schoolchildren with their families at 16:00 on the Holodomor Remembrance Day – on November 25.