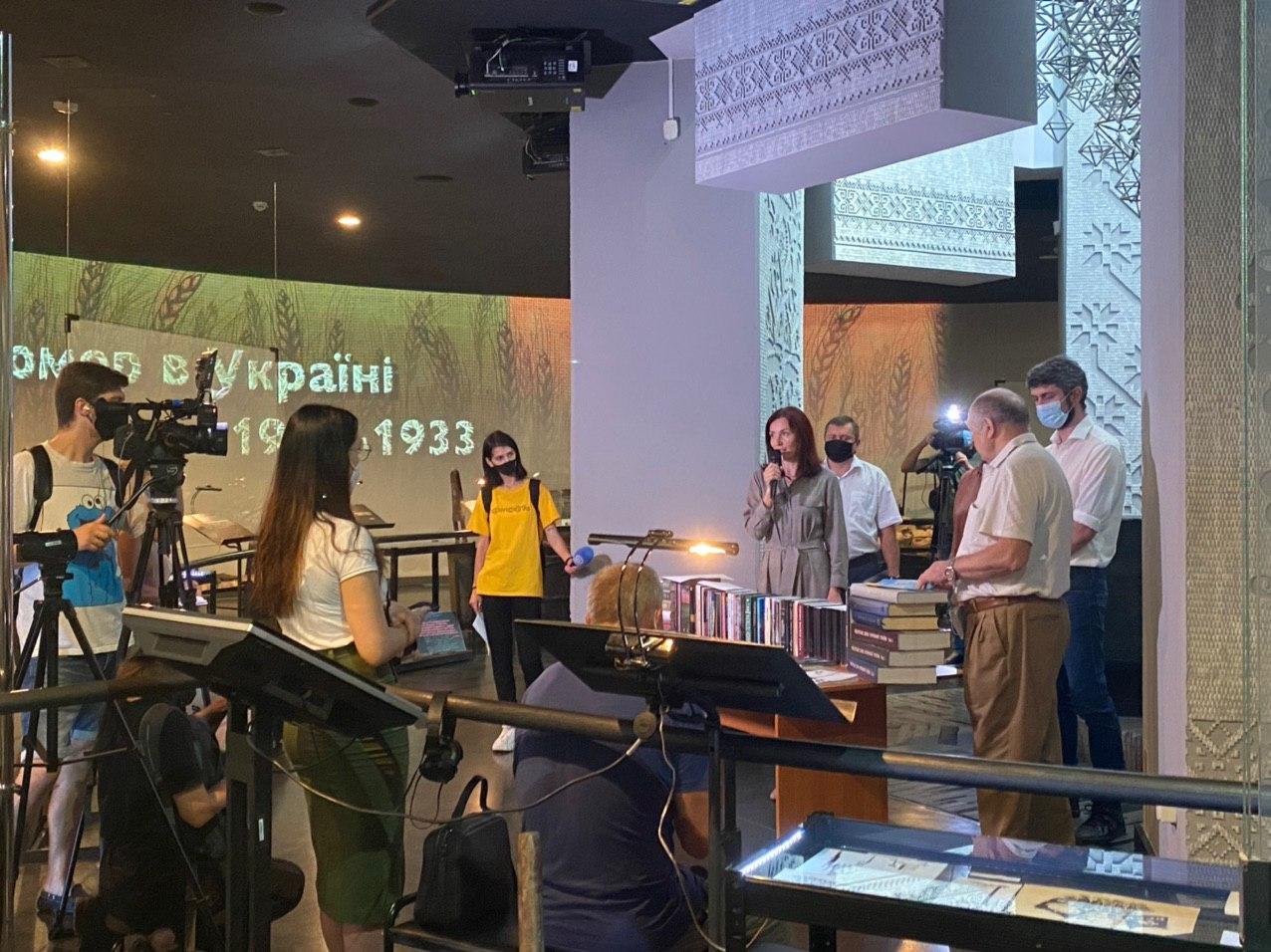 200 Ukrainian Libraries Will Receive 15,000 Rare Books: Presentation of the Project “Struggle for Consciousness”

On July 28, 2020, the team of the Holodomor Museum and the Holodomor Research Institute presented the educational and patriotic project “Struggle for Consciousness”, which provides libraries with rare books on the history of Ukraine. The partners were the Ministry of Culture and Information Policy of Ukraine, the Ukrainian Institute of National Memory, the Archives of the Security Service of Ukraine, the All-Ukrainian Human Rights Organization “Memorial” of Vasyl Stus, the Center for Information Space Protection of Ukraine and the Kyiv-Mohyla Academy Publishing House.

Last year, 10,000 books were donated to Ukrainian libraries as part of this project.

This year, more than 15,000 new historical and encyclopedic publications have been collected through joint efforts, which will reach 23 regional universal scientific libraries, 162 university libraries and 65 libraries of technical schools and colleges. The project is free, and libraries can contact the National Museum of the Holodomor-Genocide to obtain the books. From now on, every student, scientist or anyone interested in history will be able to access publications that are not for sale anywhere in Ukraine. Each set contains 60 books about the Holodomor-genocide of the Ukrainian nation in 1932–1933 and other periods in the history of Ukraine.

The speakers of the presentation were:

Olesia Stasiuk — director of the National Museum of the Holodomor-Genocide, historian;

Vitalii Lytvynenko — Deputy Director of the Branch Archives of the Security Service of Ukraine, responsible for providing access to archival information of repressive bodies;

Olesia Stasiuk: “We urge publishing houses to join the initiative and transfer historical books to libraries. In addition, anyone can donate their own book collection on the Holodomor to the library of our museum, so that the general public can access unique rare publications.”

Anton Drobovych: “I would like to thank the museum for the initiative of an important project. Issues of military policy, security and the restoration of access to the truth are not interrupted by any viruses or situations. We must use all possible measures, both online broadcasts and transferring of books. We audited our library and found several hundred books which contain data on the victims of the Holodomor. These are the editions that cannot be purchased, but only received as a gift or viewed in libraries.”

Volodymyr Serhiichuk: “Over time, the historical truth will be established. It is good that such work and thought goes to scientific institutions, students, to all who are interested in the history of Ukraine and in particular in this terrible tragedy, which is often speculated on today (the Holodomor — author’s note). I support the event organized by the National Museum of the Holodomor-Genocide, and I think that such a campaign will benefit all of us.”

On July 22, the I. Chernyakhovsky National University of Defense received their books , and on July 24 the National Academy of Security Service of Ukraine also did so.

The project creates a platform for the exchange of publications between cultural institutions, libraries and publishing houses. The books will help the public learn the truth about the history of Ukraine and break long-established Soviet stereotypes, including ones about the Holodomor-genocide of the Ukrainian nation. Such projects are very rare, and the need for them to develop Ukrainian patriotic civil society is enormous.