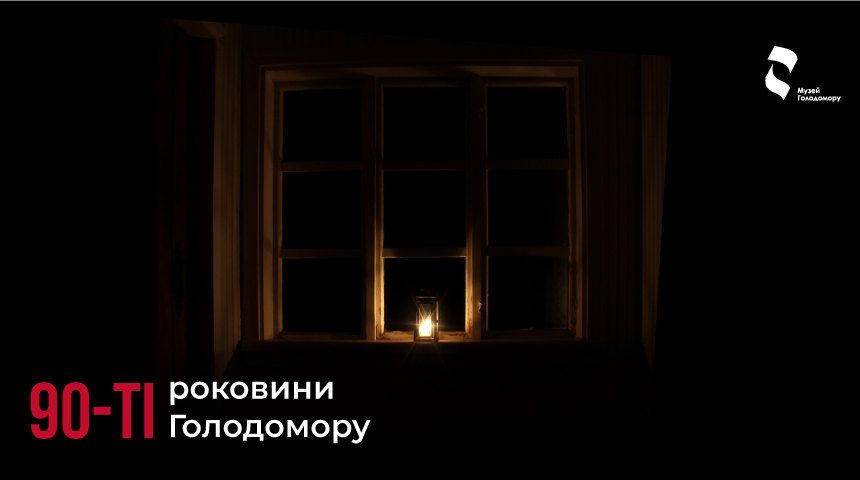 90th anniversary of the Holodomor-genocide

In 2022–2023, Ukraine commemorates the 90th anniversary of the Holodomor genocide. We remember this sad date today in the realities of the new struggle for the survival of the Ukrainian nation. 90 years after the Holodomor genocide committed on the territory of Ukraine, Russia is committing a new genocide – war. The eternal enemy is again trying to “denationalize” and suppress us so as not to let us out of its influence and prevent the strengthening of Ukrainian statehood. The methods of the latest Putin regime differ little from Stalin’s: murder, terror with hunger and cold, intimidation, and deportation.

The Ukrainian nation courageously opposes a much larger enemy. We have no other choice but to persevere. Otherwise, history will throw Ukrainians to a new round of already passed tests. We remember the lessons of the past and do not want to return to the “prison of nations”. It is national memory that makes us stronger and gives us strength for further struggle.
The National Museum of the Holodomor-genocide, as a centre of commemoration of the Holodomor victims, has prepared a number of exhibitions, and scientific, educational and artistic events for the 90th anniversary of the tragedy.

We invite you to join the commemoration of the Holodomor victims in November 2022.

November 18, 12.00 – 13.00. Public event for donating exhibits to the Museum by benefactors for the museum funds. Hall of memory of the Holodomor Museum, 3, Lavrska str. Accreditation for mass media is required for the event.

November 19–20, 2:00 p.m. – 3:30 p.m. The premiere of the play SИN (“Son”, based on the story of the same name by Valerian Pidmohylnyi). The performance was staged by the theatre workshop “ПОГLЯD” (directors Yehor Vodiakhin and Khrystyna Sheludko) with the participation of the Honored People’s Song and Dance Ensemble of Ukraine “Darnychanka”. Hall of memory of the Museum, 3, Lavrska str. Entry is free, with mandatory pre-registration and confirmation, since the number of participants is limited.

November 23, 12:00–1:30 p.m. Opening of the exhibition “Leica that saw the Holodomor”. For the first time in Ukraine and the world, visitors will be able to see the original album with photos of Kharkiv from 1933 and the Leica II camera that they were taken with. These objects belonged to the Austrian engineer Alexander Wienerberger and are the world’s most valuable exhibits from the history of the Holodomor, and the photos are evidence of a crime committed against the Ukrainian nation by the communist totalitarian regime. Hall of memory of the Museum, 3, Lavrska str. The exhibition will last only on November 23-27. Accreditation for mass media is required.

November 24, 11.00. Opening and First Section of the VI International Scientific and Practical Conference “Genocide as a Weapon in the Struggle against the Ukrainian Nation in the XX-XXI Centuries: Interdisciplinary Approaches.” University of Education Management, 52a, Sichovyh striltsiv str.

November 24, 2:00 p.m. – 3:30 p.m. (time to be confirmed). Public talk “How secret photographs of the Holodomor became the most valuable exhibit.” Hall of memory of the Holodomor Museum, 3, Lavrska str.

November 25, 11.00. Section II of the VI International Scientific and Practical Conference “Genocide as a weapon in the struggle against the Ukrainian nation in the 20th-21st centuries: interdisciplinary approaches.” Ukrinform Agency, 8/16 B. Khmelnytskyi str.

November 26, Holodomor Memorial Day. Memorial services for the victims of the Holodomor. Churches of OCU and UGCC.

We invite you to join the All-Ukrainian campaign “Light a candle of memory” in your homes on November 26 at 4:00 p.m.

The program may change. Follow the announcements of the Museum on the website and in social networks.

The Museum also offers visitors interactive tours and classes on the history of the Holodomor, master classes.

each institution can temporarily display one of the traveling exhibitions of the Holodomor Museum:

When preparing your events for the 90th Anniversary, we kindly recommend using the materials of the Holodomor Museum website:

Recognition of the Holodomor as Genocide

The theme of the Holodomor in art

Movies about the Holodomor