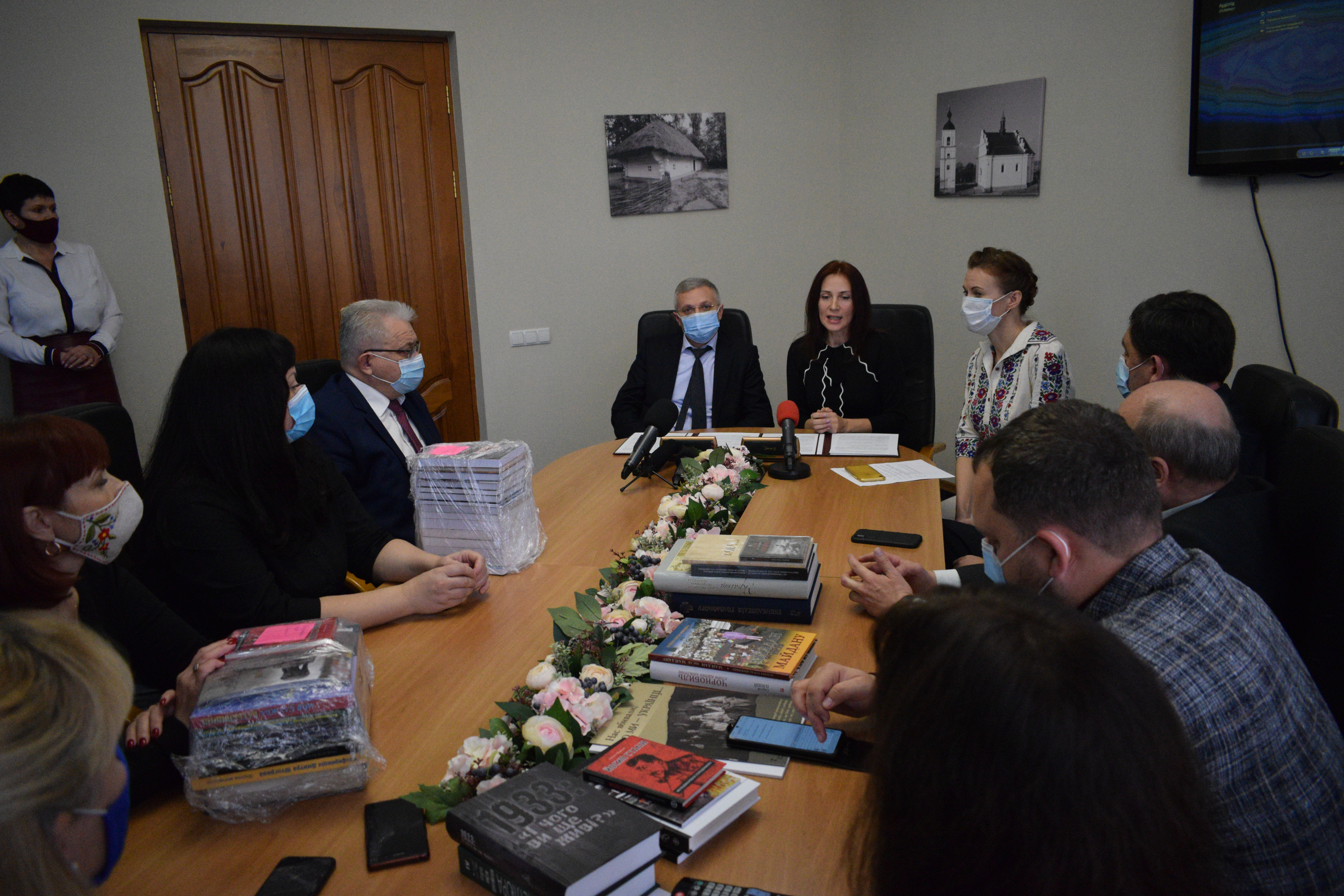 A Holodomor Museum Will Be Created in Cherkasy Region

On November 27, a round table “Cherkasy region: the way to the truth about the Holodomor-genocide” took place in Cherkasy. The National Museum of the Holodomor Genocide was presented by Director General Olesia Stasiuk and her First Deputy Iryna Batyrieva.

The participants of the round table discussed the following topics:

– reporting the historical truth about the crime of genocide committed in 1932 and 1933 by the communist totalitarian regime against the Ukrainian nation;

– honoring the memory of millions of the Holodomor victims;

– the need to create a separate thematic museum of the Holodomor in Cherkasy region to restore the collective memory and historical truth about the Holodomor genocide.

Olesia Stasiuk addressed a proposal to support the creation of the exposition of the museum’s second part and to help in the search for exhibits.

The Director General also stressed the possibility of cooperation with cultural and educational institutions of Cherkasy region: the museum transferred the banner exhibition “We were killed because we are Ukrainians” to the Cherkasy Museum of Local Lore. It is also possible to conduct online lessons, online excursions for schoolchildren of Cherkasy region, consultations for teachers, online courses for history and civic education teachers, transfer of methodical manuals that will help teachers to teach the Holodomor to the children.

First Deputy Director General Iryna Batyrieva spoke about the educational and “Struggle for Consciousness”, patriotic project of the National Museum of the Holodomor Genocide, thanks to which the libraries of Cherkasy region received contemporary scientific and popular science publications on the history of Ukraine in the twentieth century, including the Holodomor of 1932–1933. Books have already been transferred to 19 libraries of the region (among them, there are Bohdan Khmelnytsky Cherkasy National University, Cherkasy Technological University, Uman Pedagogical University, Institute of Postgraduate Education of Teachers, regional, city, district libraries).

The result of the round table was a joint decision of the regional state administration, mayor’s office, scientists, local historians, history teachers to create a Holodomor museum in Cherkasy, which will help form a collective memory of the region and spread truthful information about the genocide committed by the communist totalitarian regime against the Ukrainian nation in 1932–1933