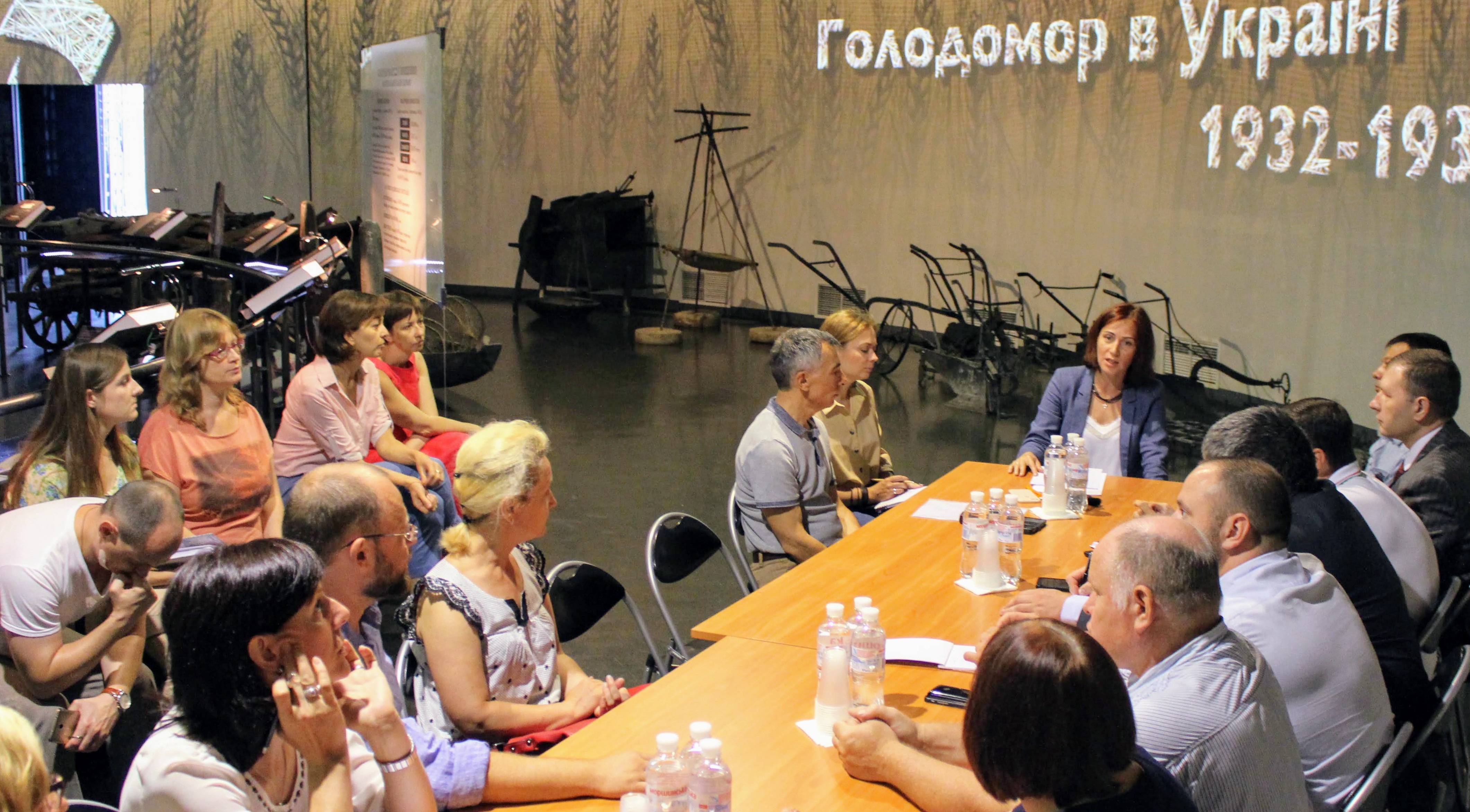 We remind that the public discussion on the change of the name (renaming) of the National Museum “Holodomor Victims Memorial” was started on May 20, 2019. The need for renaming appeared during the reconstruction of the 1st part and the construction of the second part of the museum. The name should not only cover the entire complex, but also reflect its activities. In addition, the wishes of visitors are taken into account that there is no information about the institution on the territory of the museum.

During the discussion, two variants of the name were proposed:

– National Museum of the Holodomor-Genocide

– National Museum of the Holodomor-Genocide of the Ukrainian people.

It was recommended to make the following change – the National Museum of the Holodomor-Genocide. This name focuses on the genocidal nature of the crime against Ukrainians and the museum activities of the institution.

Therefore, the museum appealed to the Ministry of Culture of Ukraine as a public body, which should take into account public proposals and complete the process of changing the name (renaming) in accordance with the procedure.