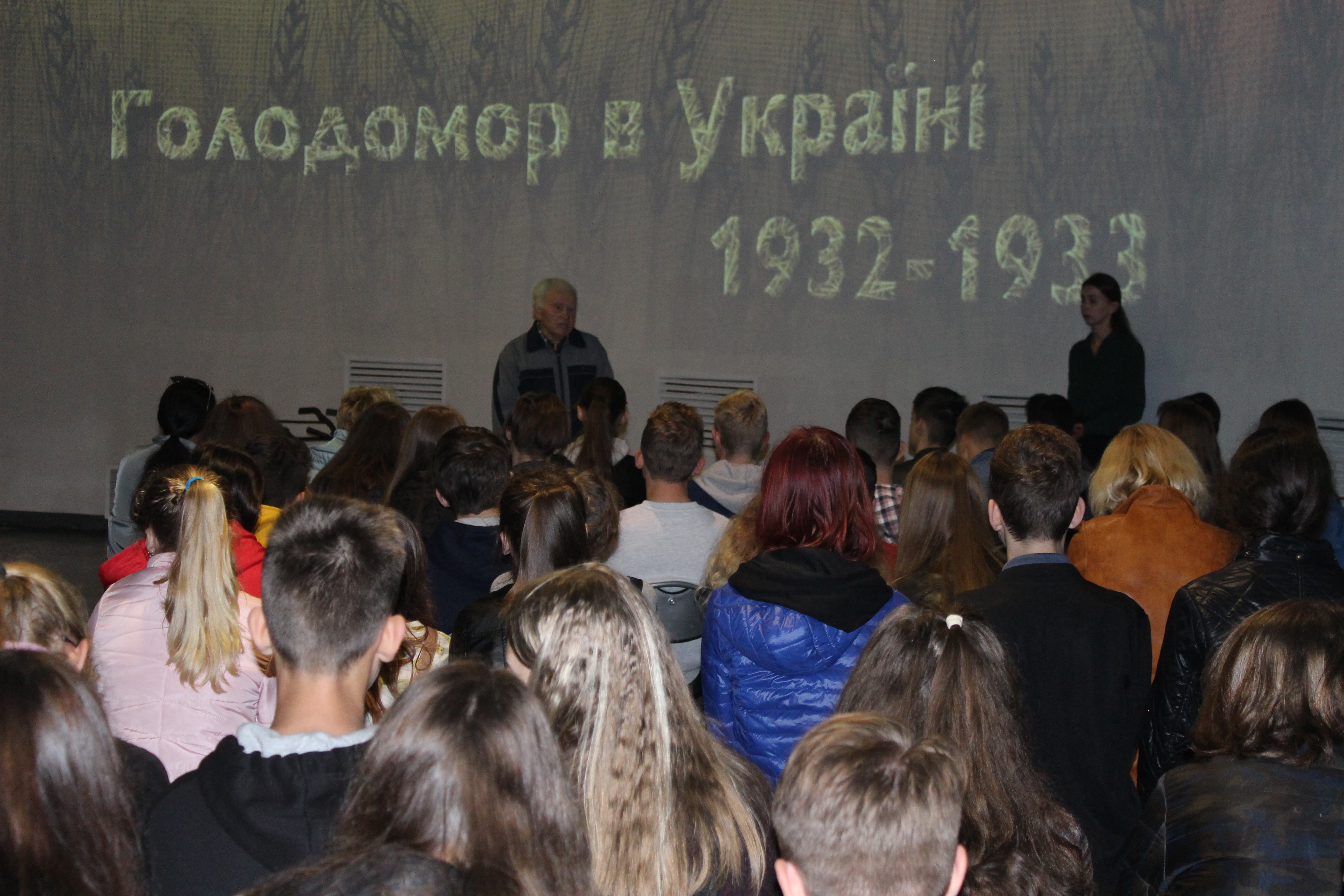 About the Holodomor at Firsthand

On October 24, 2019, Vasyl Tsyba, a Holodomor witness, visited our museum. Schoolchildren and students were able to learn firsthand about the difficult life and survival of people during the Holodomor-Genocide.

Vasyl Tsyba was born in 1927 in the village of Raihorodok, Korop district, Chernihiv region. Soon the witness will be celebrating his 93rd birthday, but he still remembers the “hunt for hamsters ” with his brothers, due to which they survived: “A hamster always has two burrows; I stand near the first one, and we pour water into the second one, already with a stick to strike him.”

Our guest told how he and his brothers were collecting heads of grain in the fields. This gave them a chance to survive. Although according to the Decree of August 7, 1932, children and adults who were collecting the grain or potatoes were severely punished: beaten, imprisoned or sentenced to death. “Well, if they catch an adult, they go straight to prison. So they sent us, children. We were going, then one stood and watched if someone goes from the village, when the rider would go (they guarded the field), then the sound was given. Then we were hiding somewhere in the bushes or in the hollows, for anyone not to see us. Oh, that’s how we collected grain, we needed to collect it, otherwise we couldn’t live,” Mr. Tsyba recalls.

Follow our announcements. Within the framework of the project “Oral History of the Holodomor,” the museum invites everyone to visit open lectures from the witnesses. Listen to and hear the truth at firsthand!