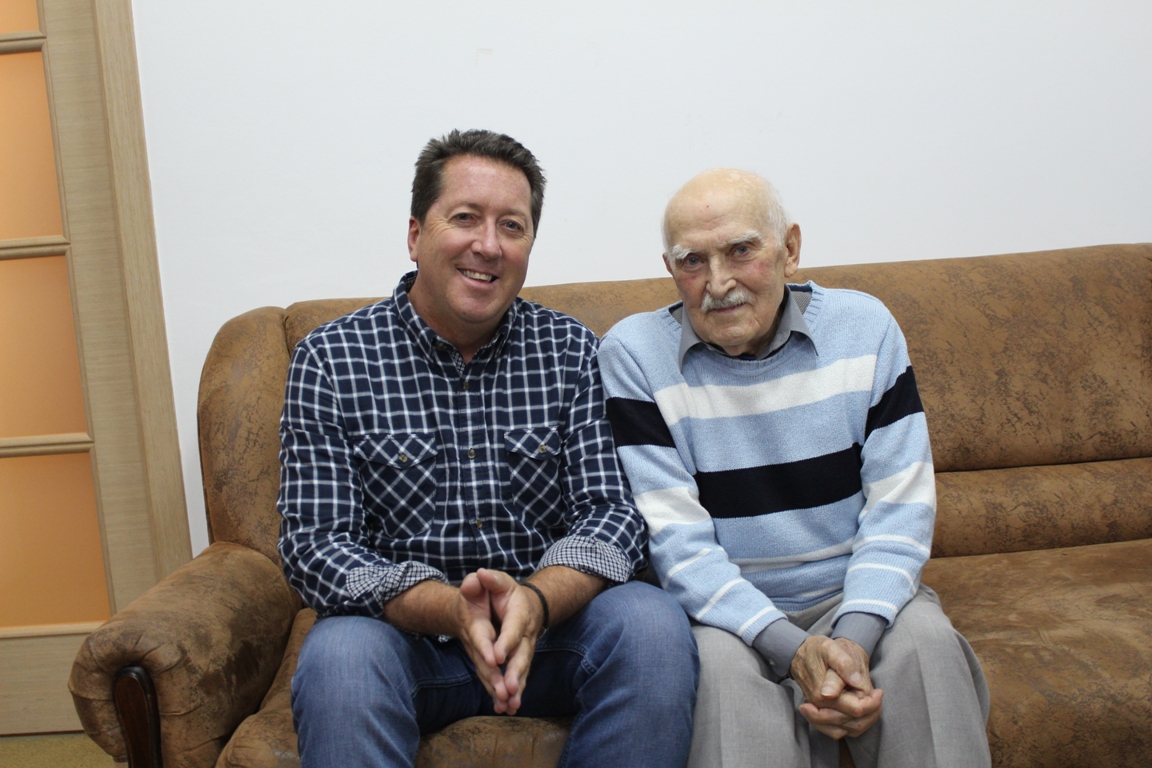 An American writer who writes a book about the Holodomor, visited the memorial

American writer Kevin Hancock and his wife Alison have spent 2 autumn days in Kyiv, in particularly at the Holodomor Victims Memorial. A month before Kevin appealed to the museum with a wish to visit the Memorial, to talk with its employees and people who survived the Holodomor.

In his works, he researches the phenomenon of leadership and thoughts about those who seize all power and go too far and take too much. Kevin plans to devote one of the chapters of his new book to the Holodomor issue, as an example of the subject of his study in the twentieth century.

On the 28th of September, Kevin had the opportunity to meet Mykola Onyshchenko, who survived the genocide in the village Rosa, on the outskirts of Berdyansk. Visitors from across the ocean were shocked by the history of Mykola Onyshchenko’s life and impressed by his optimism and active lifestyle at that age. Mykola Onyshchenko has demonstrated his English and his artistic works.

Kevin Hancock commented on his meeting with a Holodomor witness as one of the brightest events in his life. He also added that getting to know the history of genocide of Ukrainians personally from those who have experienced such a terrible crime is emotionally more intense than scientific monographs, but more valuable.

On the next day Hancock family accompanied by employees of the Holodomor Victims Memorial visited Anna Soroka’s house. A woman was born in 1925 in the village Rizhky in Kyiv region, where she survived the Holodomor in childhood. She was an orphan and got through the terrible events due to her sister, who was just 1,5 years older. Ms. Anna talked a lot about physical feelings during starvation, her family and decades of silence about what happened in 1932-1933. She also remembered her emotions when Stalin had died, when the Soviet Union had collapsed and when people voted for independence in 1991. She says, “We always felt that we were abused because we were Ukrainians!” Kevin had some questions to Anna about her vision of Ukraine’s future. “Ukraine will be better than now! I believe”, a 92-year-old woman who survived the great genocide, World War II and all the difficulties of the Soviet regime responded with a smile.

The author promised to publish his new book also in Ukrainian, so that it could be read in Ukraine. We sincerely thank Kevin Hancock for his attention to our national tragedy, memory and his efforts to spread information about the Holodomor in the United States.

More information about the author and his first book “Not for sale”.