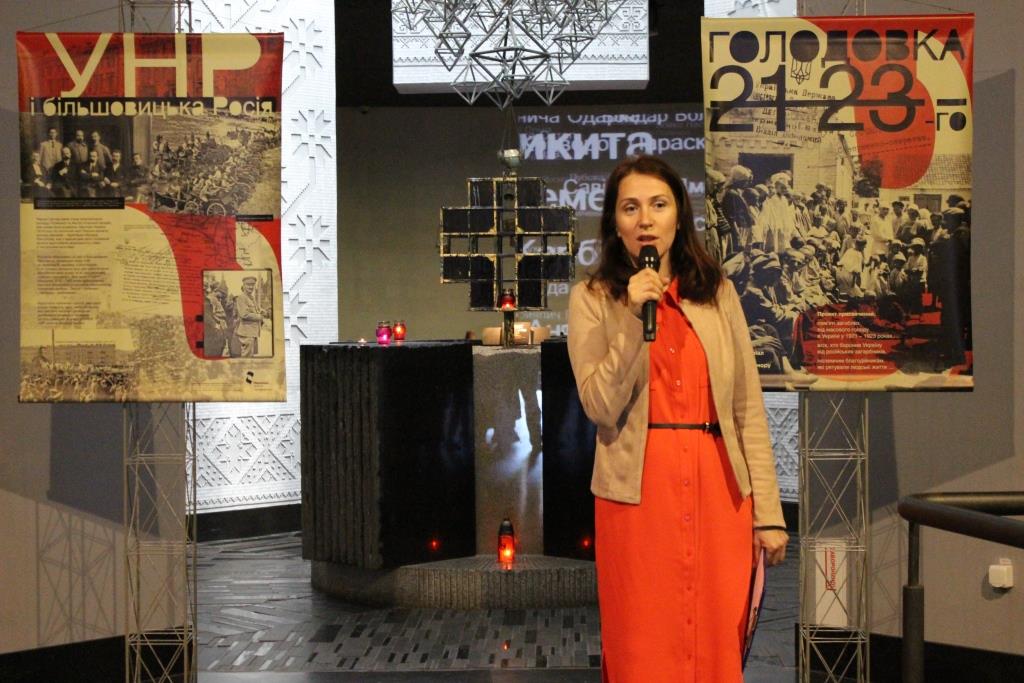 On May 18, 2018, to celebrate the International Day of Museums and the Day of Remembrance of the Political Repressions Victims the National Museum ” Holodomor Victims Memorial ” presented the documentary and journalistic exhibition “Holodovka 21-23”, which tells about the preconditions, conduction and consequences of the first artificial mass starvation committed by the soviet occupation regime in Ukraine, which until recently witnesses (none of them is alive today) were simply calling “holodovka”, which means “starvation”.

The event was attended by museum visitors, media representatives, and guests. Olesia Stasiuk, the general director of the museum, emphasized the importance of studying and publishing the history of the repressions during  the Soviet regime, one of whose acts was the massive famine of 1921-1923. Vasyl Marochko, Doctor of Historical Sciences, a member of the Institute of Ukrainian History of the National Academy of Sciences of Ukraine, spoke about the discussion issues of the treatment of mass famine in Ukraine and emphasized the importance of a deep study of artificial famine of 1921-1923. The presentation also emphasized the artificial nature of the massive famine of 1921 – 1923 in Ukraine.

Materials of the exhibition “HOLODOVKA of 21-23 “show the complex circumstances and political decisions of Lenin, which became the reasons for the outbreak of mass famine in Ukraine in 1921 and its extension until 1923, when the Volga region had already stopped the disaster. The materials explain why for the hunger strike in the Volga region was more memorable than one in Ukraine in Soviet historiography.

The phenomenon of hunger as a weapon was not first used by the Bolshevik regime in the 1930s. The exhibition “THE FATHER 21 -23rd” reveals the history of occupation of Ukraine by the Bolsheviks through the prism of the puppet government, manipulations, propaganda, military invasion, and the exodus of the people by famine.

Another important moment of this exhibition is that these criminal acts took place under the leadership of Vladimir Lenin. For years (not only in the USSR, but also all over the world), the idea that Lenin was not involved in Belarusian crimes and the demonstration of this period in disruptive tides were imposed. One of the objectives of the exhibition is to expose Lenin’s policy of engagement.