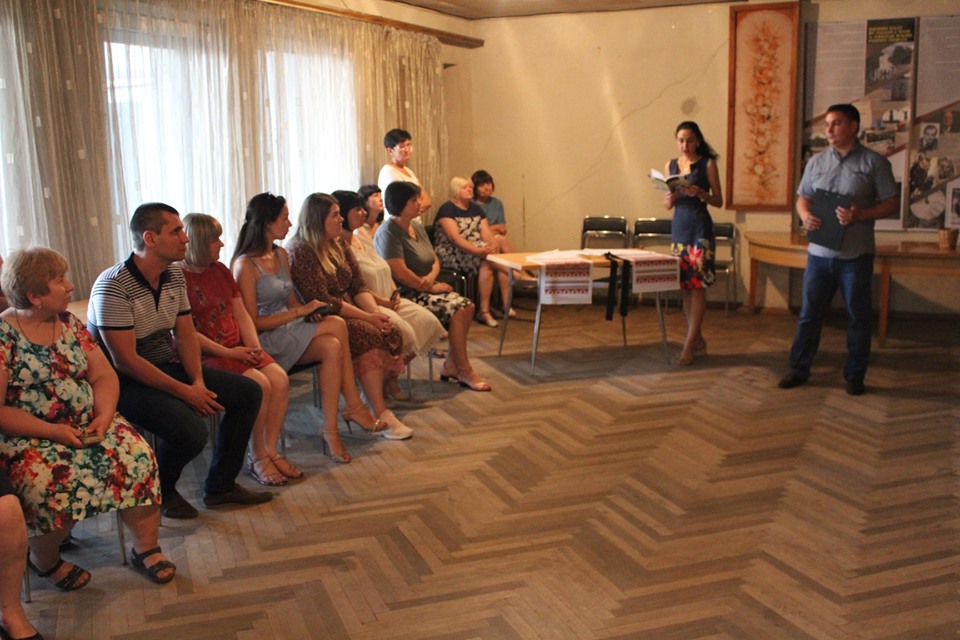 An Exhibition on the Holodomor Was Opened in the Donetsk Region

On July 23, 2019, a photo-documentary exhibition “Ukraine 1932–1933. Genocide by Famine” was presented in the village of Velyka Novosilka (Donetsk region). The opening of the exhibition was participated by the deputy head of Velyka Novosilka District State Administration Oleksandr Alchiev. Materials are located on the second floor of the Regional Cultural and Recreational Complex.

The materials of the exhibition cover almost a century, since the Holodomor had its background and effects. The exhibition begins with what Ukraine was at the beginning of the 20th century, 30 years before this tragedy, and ends with a story about the revival of the memory of the Holodomor in modern Ukraine.

The authors of the exhibition believe that talking about the Holodomor is simply necessary because even nowadays humanity cannot be sure that the Holodomor will not be repeated. On the contrary, signs of genocides are increasingly visible in the modern world. The crime witnesses and the Holodomor story teach us all what should be done and what should not be done. Hence, we know how to avoid such crimes and confront those who plan and organize them.

The co-organizers of the exhibition were Ukrainian Institute of National Memory, National Museum of “Holodomor Victims Memorial,” Ministry of Foreign Affairs of Ukraine.

Residents and guests of the Velyka Novosilka will be able to get acquainted with the exposition from July 23rd to August 2nd of 2019.