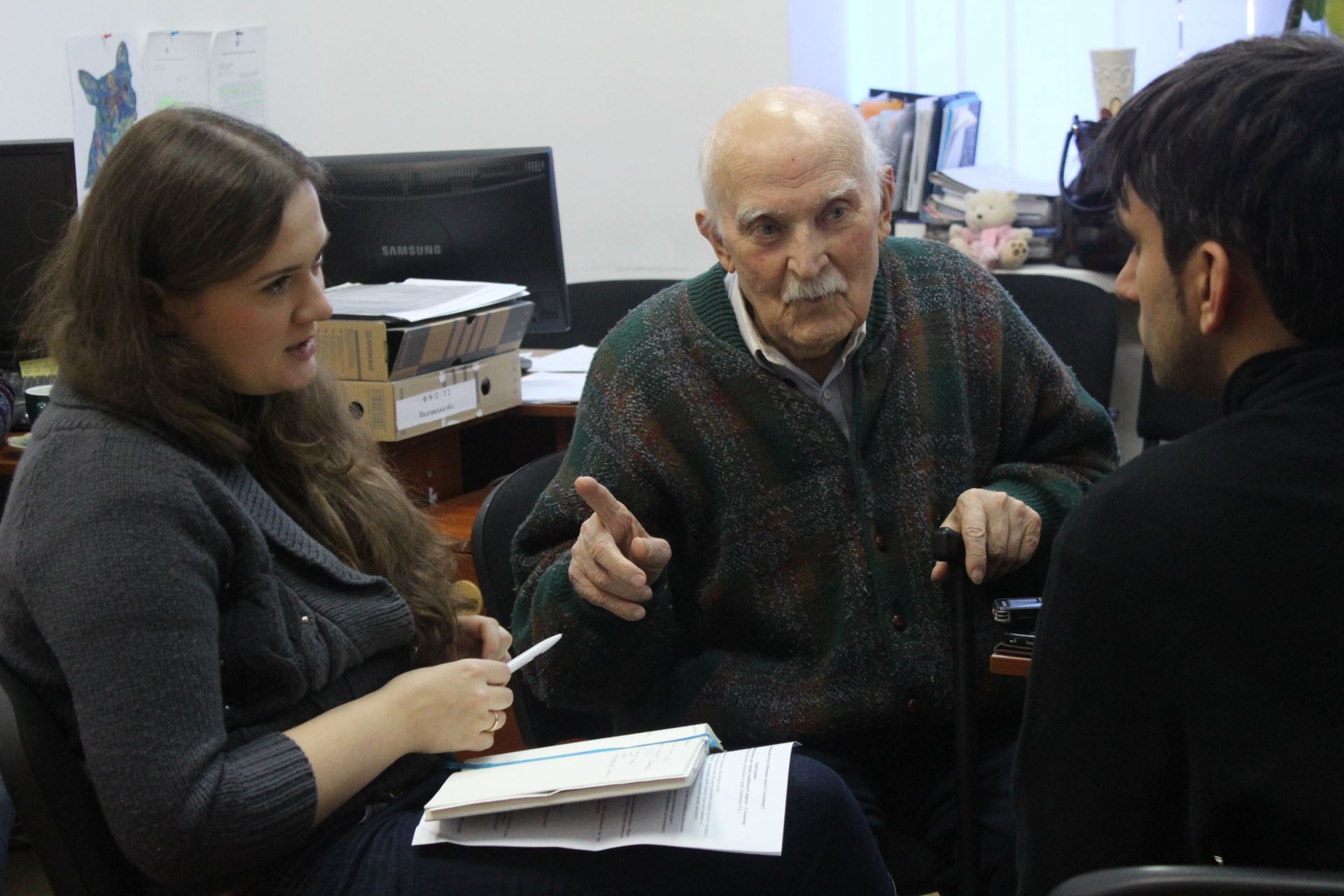 British journalist Ty Faruki is working on the project on Holodomor

British journalist-photographer Ty Faruki is working on a project which purpose is dissemination of information about the Holodomor. Indeed, in the UK the word “famine” is little-known, and during the discussion it does not cause any reaction. That is why the Memorial responded to the request for Ty and organized a meeting with the photographer and witnesses of Holodomor in Ukraine.

The first meeting with Mykola Onyshchenko was held on 22 January 2017 in the Hall of Memory at Museum. Mykola Pavlovych shared his memories of his own tragedy of famine and about what happened to his family, villagers in 1932 – 1933. On the same day, photographer accompanied by interpreter Oksana Kyzyma and museum staff Nina Lapchynska met with resident of Fastiv region Zenoviy Maslo.

Ty Faruki is planning collect as many testimonies of survivors of the genocide in Ukraine, and publishing in the British press.

At the time, British journalist Gareth Jones told about mass killings by starving of Ukrainians in the Soviet Union. These articles have been discredited, but against the correspondent was organized the company of harassment.

The Soviet regime carried out a total information blockade the Holodomor more than 70 years. Today the world is complicated to understand of  Ukrainian history of genocide. Using memories of the people who survived, we can reconstruct the history of the Holodomor.

Remind, on December 1, 2016, during a meeting of the House of Commons, Rupa Huq, deputy Labor Party for Ealing Central and Acton, addressed a proposal to the British Government to recognize the Holodomor as genocide.