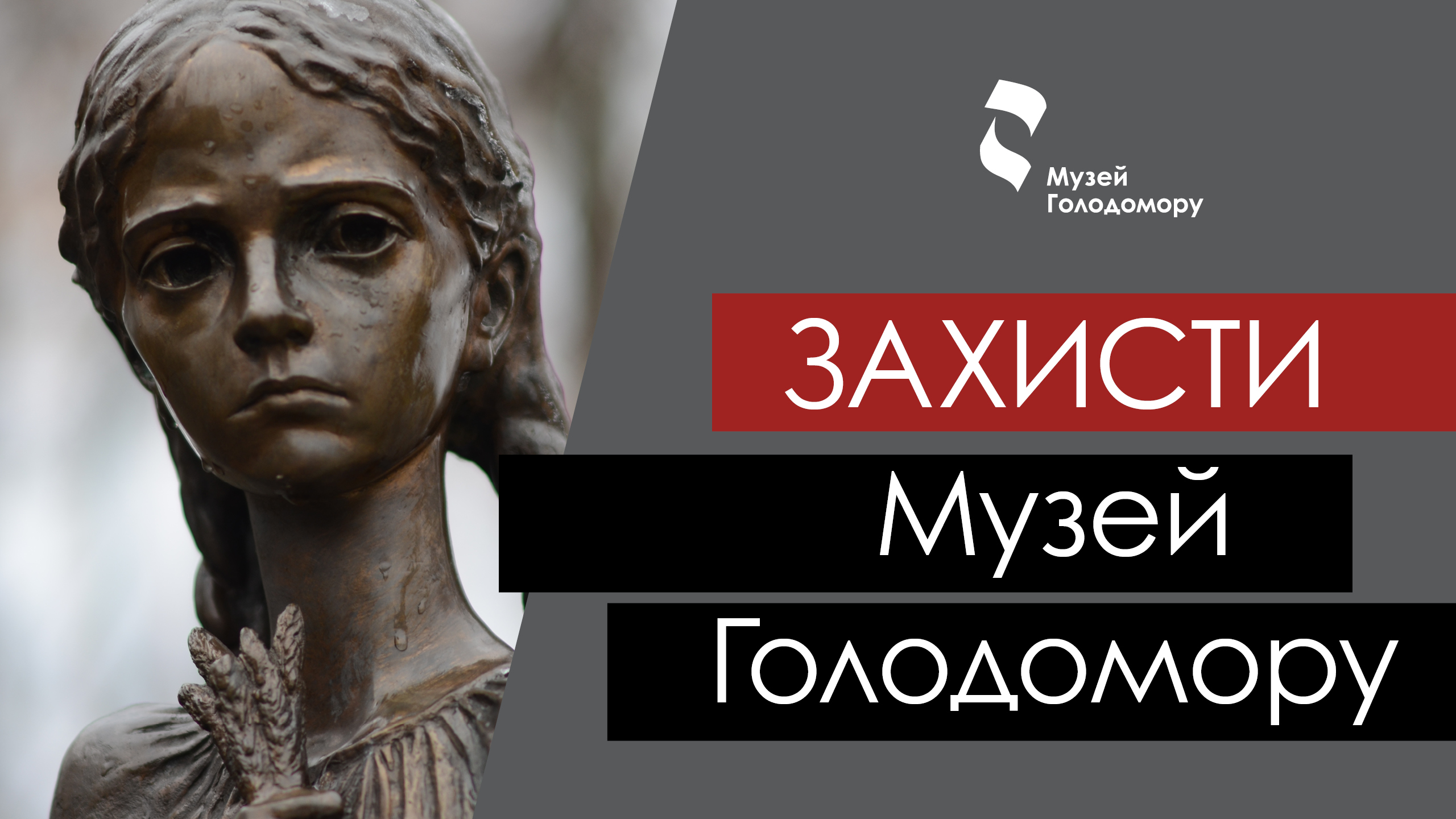 In 1932–1933, Ukraine became the place of one of the greatest crimes in human history — genocide, the intentional murder of millions of Ukrainians in order to suppress the national liberation movement and prevent Ukraine from leaving the USSR and building an independent Ukrainian state. Its name is “HOLODOMOR”. The genocide was aimed against Ukrainian farmers, the intelligentsia, the Ukrainian church, against every active holder of Ukrainian identity. In 1932–1933, and for decades afterwards, the Bolshevik communist government denied the Holodomor and blocked any leakage of any information about this crime.

More than 60 years had passed before the world knew the Truth. It has emerged from the darkness of history, freed from the dust of oblivion due to the daily hard work of thousands of people who have been working in archivesd, researching the subject at a scientific level, disseminating knowledge of the Holodomor by the language of art and literature far beyond Ukraine, erecting at their own expense the first monuments over the mass graves, and listening to the stories of those who in the distant 1932–1933 saw death, but nevertheless survived and became Guardians of Truth in independent Ukraine.

Current generation of politicians and all Ukrainians have to pass their part to the Road to the Truth of the Ukrainian People — to complete the first ever Holodomor Museum in 2023 to mark the 90th anniversary of the Holodomor. The museum as a scientific center that will tell not only the history of genocide of the Ukrainian nation, but also about the strength of the Ukrainians, our indomitableness, dignity and long-standing struggle in the name of the only centuries-old aspiration — living in a sovereign successful Ukrainian state. The Museum is a Place of Memory. The Museum is an institution that will disseminate knowledge — not only the antidote to any attempt to deny the Holodomor crime, neglect human rights and repeat genocide crimes in the future, but also a foundation for strengthening democracy in Ukraine.

It is our duty to honor the millions killed. This is our contribution to the future of the next generations.

Today, the construction of a unique museum complex, which continues for over 2 years, is under suspension due to sequestration of the budget.

We are convinced that despite all the challenges and threats facing Ukraine this year, the construction of the Holodomor Museum in Kyiv, which is the only cultural project of this scale and significance for all Independence years, — should be continued. This is our test of statehood and ability. According to Mykola Onyschenko, a 94-year-old Holodomor survivor from Luhansk region, “Creating a Holodomor Museum, which should have been built a long time ago, is the first step to rebuilding the nation.”

Dear Mr. President, Honorable Chairman of The Verkhovna Rada of Ukraine, Prime Minister of Ukraine, People’s Deputies of Ukraine, on whom the adoption of the State Budget of Ukraine 2020 depends, we ask you to hear this voice of historical truth, preserve financing for the construction of the Holodomor Museum in 2020, and therefore avoid irreparable reputational and organizational losses.

Metropolitan of Kyiv and All Ukraine, the Primate of Orthodox Church of Ukraine, member of Supervisory Board of the International Charitable Foundation for Holodomor Victims Memorial Development

Head of Ukrainian Greek Catolic Church, member of Supervisory Board of the International Charitable Foundation for Holodomor Victims Memorial Development

Candidate of Historical Ssciences, Director General of the National Museum of the Holodomor-Genoicde, Honored Cultural Worker of Ukraine

Chairman of Supervisory Board of the International Charitable Foundation for Holodomor Victims Memorial Development, Co-Chairman of Public Committee for Commemoration of 1932–1933 Holodomor-Genocide Victims

Chairman of the National Agency of Qualifications, Deputy Chairman of the Board of the Vasyl Stus Memorial All-Ukrainian Human Rights Organization, Candidate of Technical Sciences

Director General of the Lviv National Opera and Ballet Theater, member of the Supervisory Board of the Public Committee for Commemoration of 1932–1933 Holodomor-Genocide Victims

psychiatrist and human rights activist, former dissident and political prisoner, president of the Association of Psychiatrists of Ukraine, United Nations human rights expert in 1998–1999, co-author of the Law of Ukraine “On Mental Healh Care”

Head of the Ukrainian Institute of National Memory

Ukrainian literary critic and politician, Director of the Taras Shevchenko Institute of Literature of the NAS of Ukraine, President of the Volyn Brotherhood International Public Association, Doctor of Philology

writer, laureate of the Shevchenko Prize, daughter and granddaughter of Holodomor witnesses

Candidate of Historical Sciences, Associate Professor of Ivan Franko National University of Lviv, member of the Supervisory Board of the International Charitable Foundation for Holodomor Victims Memorial Development

Horizon Capital Founder and CEO, member of the Supervisory Board of the International Charitable Foundation for Holodomor Victims Memorial Development

Doctor of History, Professor, Chief Researcher of Institute of History of Ukraine of National Academy of Sciences of Ukraine

Doctor of History, Professor, Dean of the Faculty of History of Taras Shevchenko National University of Kyiv

State Secretary of Ministry of Education and Science of Ukraine

Doctor of History, Professor, Head of the Department of History of World Ukrainian Studies at Taras Shevchenko National University of Kyiv

retired judge, presiding judge of the Court of Appeal of the City of Kyiv of January 13, 2010, in the criminal case of the 1932–1933 Holodomor-Genocide in Ukraine, Candidate of Law, Honored Lawyer of Ukraine