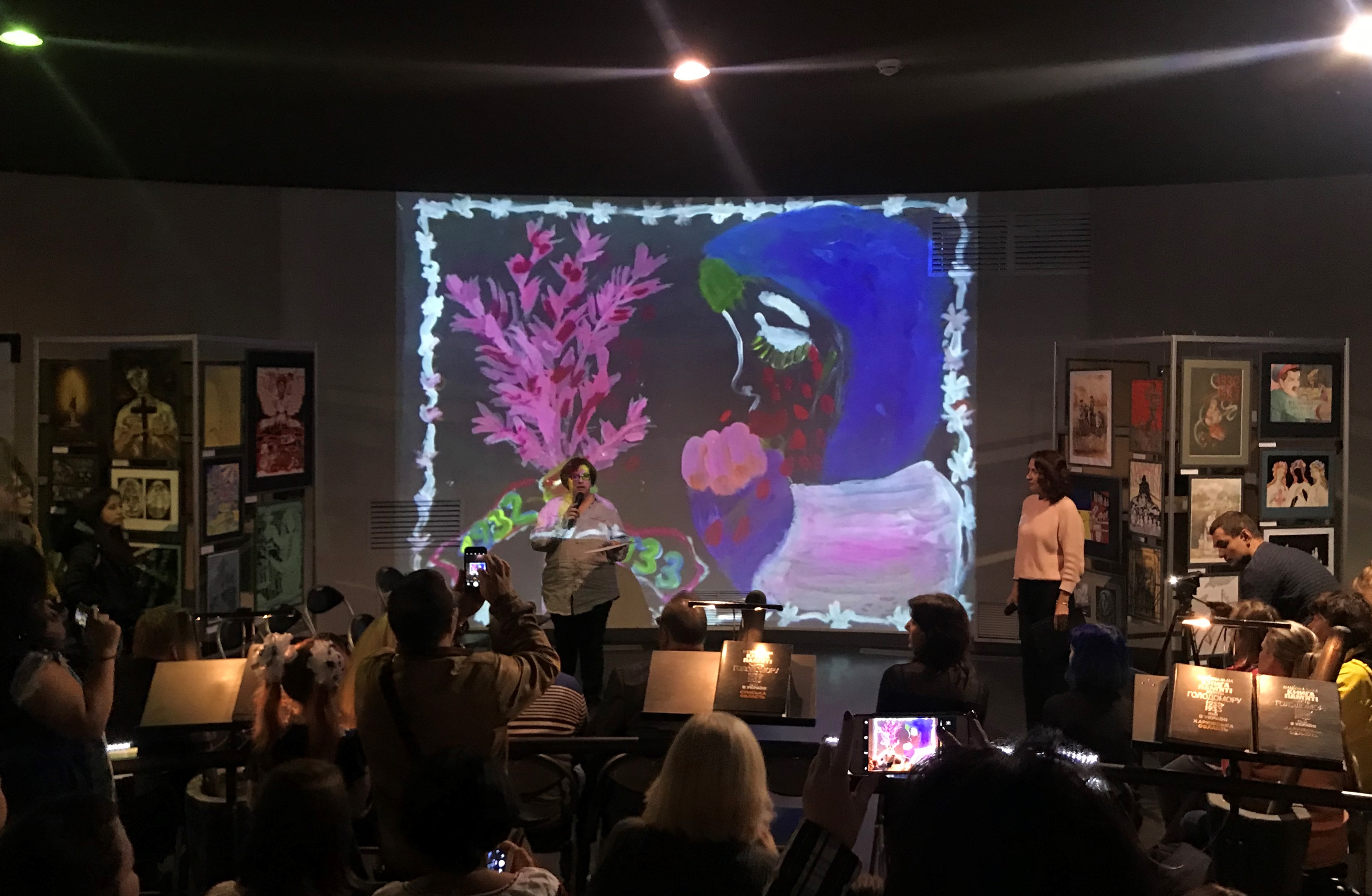 On November 7, the Holodomor Museum presented the works and announced the winners of the Children’s Art Contest “MEMORY OF THE FUTURE”. The exhibition of children’s works will last until November 22.

In April of 2019, the National Holodomor-Genocide Museum and the International Charitable Foundation for the Development of the Holodomor Victim Memorial announced a competition to mark the 86th anniversary of the genocide of Ukrainians in order to disseminate knowledge about the tragic pages of history and prevent the recurrence of crime.

The competition jury received more than 300 electronic applications from 23 regions of Ukraine (including immigrants from the occupied territories of Crimea and Donbass), as well as from Turkey and Belarus. In total, 288 works were submitted, which were divided into 3 age categories: 6–9, 10–13, 14–17 years. At the opening of the exhibition, the winners of each age category were announced, prizes, diplomas and special awards were presented, as well as Grand Prix and the Audience Award.

Olesia Stasiuk, director of the National Holodomor-Genocide Museum, noted that rethinking our past in different forms of art is shaping our future. The Holodomor Museum engages children to explore the important and complex history of the Ukrainian people through creativity.

Yevhen Karas, chairman of the jury, art expert, gallery owner: “All works are different and rich: they have genuine sincerity. Adults lose something; they need to learn from children. Despite the huge number of works we received, we have tried to objectively and carefully select the winners because such competitions are especially important: the future is the creativity. ”

The jury members of the competition were: Ivan VASIUNYK, Chairman of the Supervisory Board of the International Charitable Foundation for the Development of the Holodomor Victims Memorial; Oleksa RUDENKO, Honored Artist of Ukraine; Ihor YAKUBOVSKYI, Candidate of Architecture, Deputy Director of the Holodomor Research Institute; Diana KLOCHKO, art critic, lecturer, member of AICA (International Association of Art Critics) and Ukrainian Pen Club; Nataliia BORYSENKO, Member of the National Union of Artists of Ukraine, Director of Art Studio; Yuliia KOTSUR, Candidate of Historical Sciences, Head of the Information and Publishing Department of the National Holodomor-Genocide Museum.

Participant of the competition, Mariia Kyshchuk, shared her thoughts: “My great-grandfather’s story inspired me to take part in this competition. In his family, only two out of eleven children survived the the Holodomor – he and his younger sister. In 1932, his great-grandfather was only 12 years old, and, taking his sister, he was walking from the village of Movchanivka to Kyiv for 5 days to get food. Another grandfather, who lived in Moscow at the time, claimed that there was no famine and that it was falsification.”

During the presentation and awarding, everyone was able to participate in the creation of the art object.