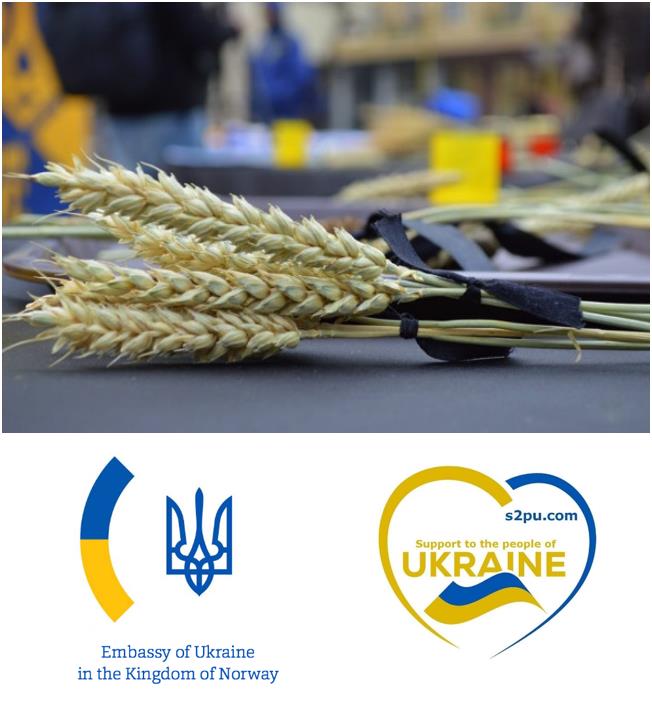 Conference Devoted to the Holodomor Took Place in Norway

On November 26, the Norwegian NGO “Support to the People of Ukraine” together with the Embassy of Ukraine in the Kingdom of Norway held an online seminar “Learning History Lessons for Better Future.” Participants discussed two key topics—the role of Ukrainians in World War II (particularly in Norway) and the history of the Holodomor of 1932–1933, the genocide of the Ukrainian nation.

Olesia Stasiuk, Director General of the Holodomor Museum, spoke about the preconditions and course of the Holodomor, as well as the need to recognize it as genocide at the international level: “Recognizing the Holodomor as genocide is recognizing Russia’s current aggression in Donbas. Genocides do not happen in one day. First, culture is destroyed – the Ukrainian language is banned, Ukrainian books are burned, Ukrainian writers, priests and scholars are persecuted. Subsequently, the nation is physically destroyed. The same thing is happening now in Donbass.”

The seminar was attended by Ambassador of Ukraine to the Kingdom of Norway Viacheslav Yatsiuk, historians, researchers, human rights activists, journalists, members of Ukrainian and Norwegian NGOs.

The seminar resulted in a proposal to create two petitions to the Storting (Parliament) and the Norwegian governmen—to recognize the Holodomor as genocide, and to build a memorial in Oslo to Ukrainians who died during World War II in Norway.