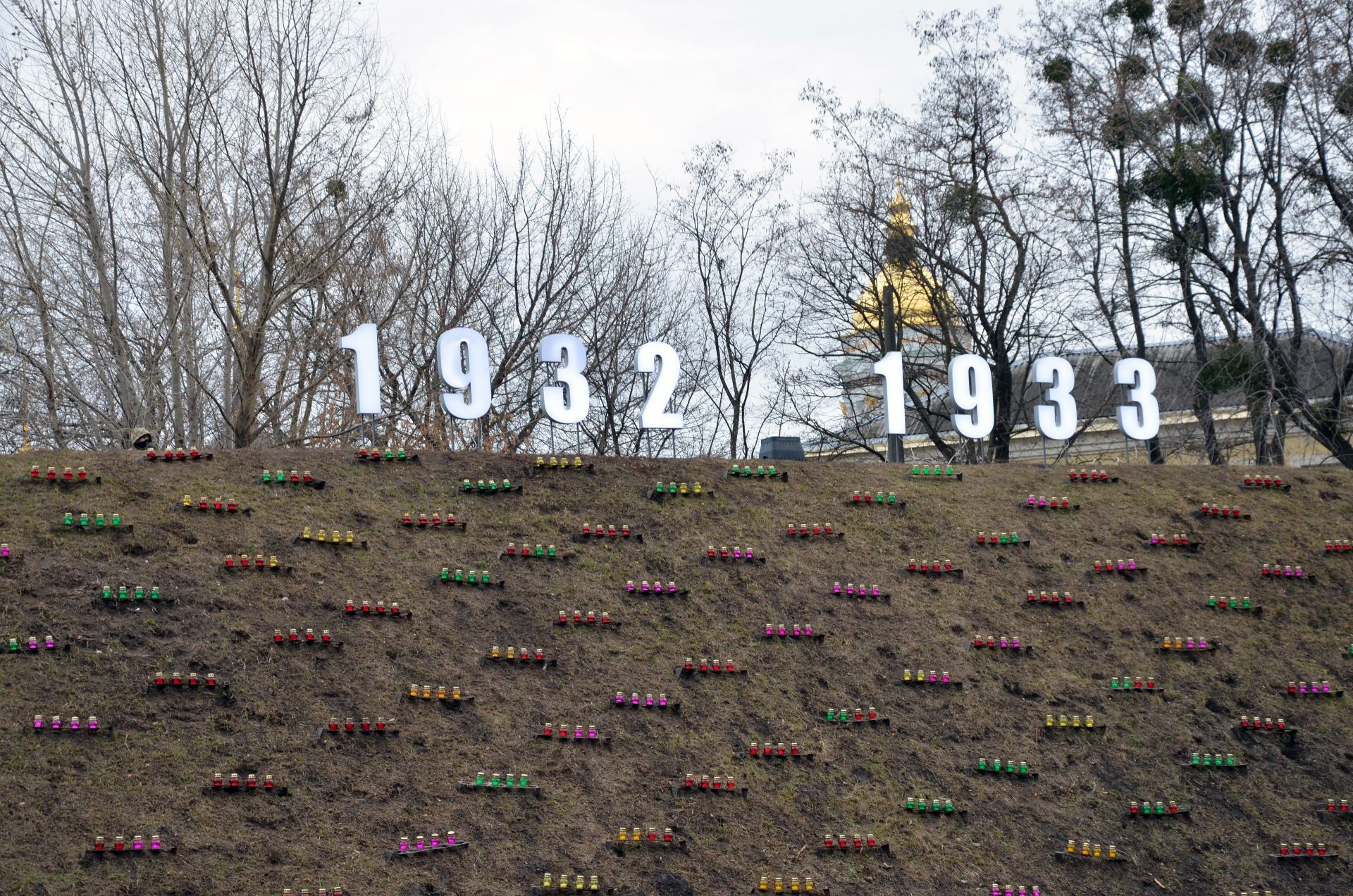 Day of Remembrance of the Holodomor Victims

Memorial events were held at the Holodomor Victims Memorial to commemorate the millions of Ukrainians killed during the genocide in Ukraine in 1932-1933.

The official part of the event began with memorial services to millions of victims. The Patriarch of Kyiv and All Rus’-Ukraine, His Holiness Filaret, read the prayer. Also were present the Head of the Ukrainian Greek-Catholic Church, His Blissfulness Svyatoslav, representatives of the Ukrainian Autocephalous Orthodox Church, the Roman Catholic Church in Ukraine and the Armenian Apostolic Church.

The honoring ceremony took place with the participation of the Holodomor witness Nikolai Onischenko. Nikolay Pavlovich, recalling his experience in 1933 and in 2014 (he was forced to migrate from the Luhansk region because of the war), read his own lyrics dedicated to the victims of the Holodomor.

“I saw a famine in the Zaporozhye region, the village of Rosa, as a 7-year-old,” says Nikolai Onishchenko, 90 years old, “I saw bread being taken from people. They were old men. But Ukrainians were never old men. They were always wealthy because they worked. They were like this until 1930. My grandfather had a family of 10 people. He was housekeeping. I remember that the yard was full of living creatures. The cellar was full of flank. Under the roof of the hut there were makitras full of sausages drenched in lard, fat, honey. My grandfather was not a kulak, but a middle peasant.”

President of Ukraine Petro Poroshenko appealed to the Ukrainian people to remember the survivors of the genocide and to be united in the struggle to preserve the independence of the Ukrainian state: “The occupation of Ukraine by Soviet Russia became possible as a result of the separation and internal squabbles of the political forces of the young Ukrainian state. They were rocking the street, weaving against each other  intrigues and even raised a revolt. They naively believed that atamanism was the best form of democracy. They seemed to be deaf, became mad. Captured in with an internal war of all against all, they seemed not to notice the black cloud that moved to Ukraine from the north, east and south.”

“Millions of Ukrainians were purposefully sacrificed to the death by starvation.” – The President continued, –  People died away from starvation in the world’s most fertile land, were tormented, became wild. ”Neighbor Anna, – recalled Ivan Vasilievich Bulavenko from Kiev region, – “grabbed dead horses guts and began to pull, and the second woman began to pull out. Pushed away each other, could cut each other hands with an ax. When all the food ended, the father died first. Galya asked her mother to cut a piece of meat from her father, because him no longer hurts. Then she was blinded by hunger. It is incredibly difficult to quote. I apologize for such a frank naturalism, but this is our bitter and tragic truth. It is very important that we should know this truth. It is very important that we should never forget this truth.”

The President announced the signing of the decree “On measures regarding the 85th anniversary of the Holodomor of 1932-1933 in Ukraine – the genocide of the Ukrainian people”, in which, among other things, he instructed the Ministry of Foreign Affairs to continue work on the recognition by the world community, foreign states and international organizations Holodomor as genocide of the Ukrainian people. But he noted the need of Ukraine to create a museum part of the Memorial complex dedicated to the memory of the victims of the Holodomor.

After the announcement of a nationwide minute of silence, the action “Candle of Memory” began.

Holodomor Victims Memorial worked until late. The territory of the Memorial and the Altar in the Hall were filled with the lighted lamps and candles of citizens to commemorate the memory of millions of Ukrainians – victims of the Holodomor-genocide.

In the Museum, the spiritual songs of the ethnographic choir “Goion” and memorial laments were performed by the “Periwinkle” ethnogroup.