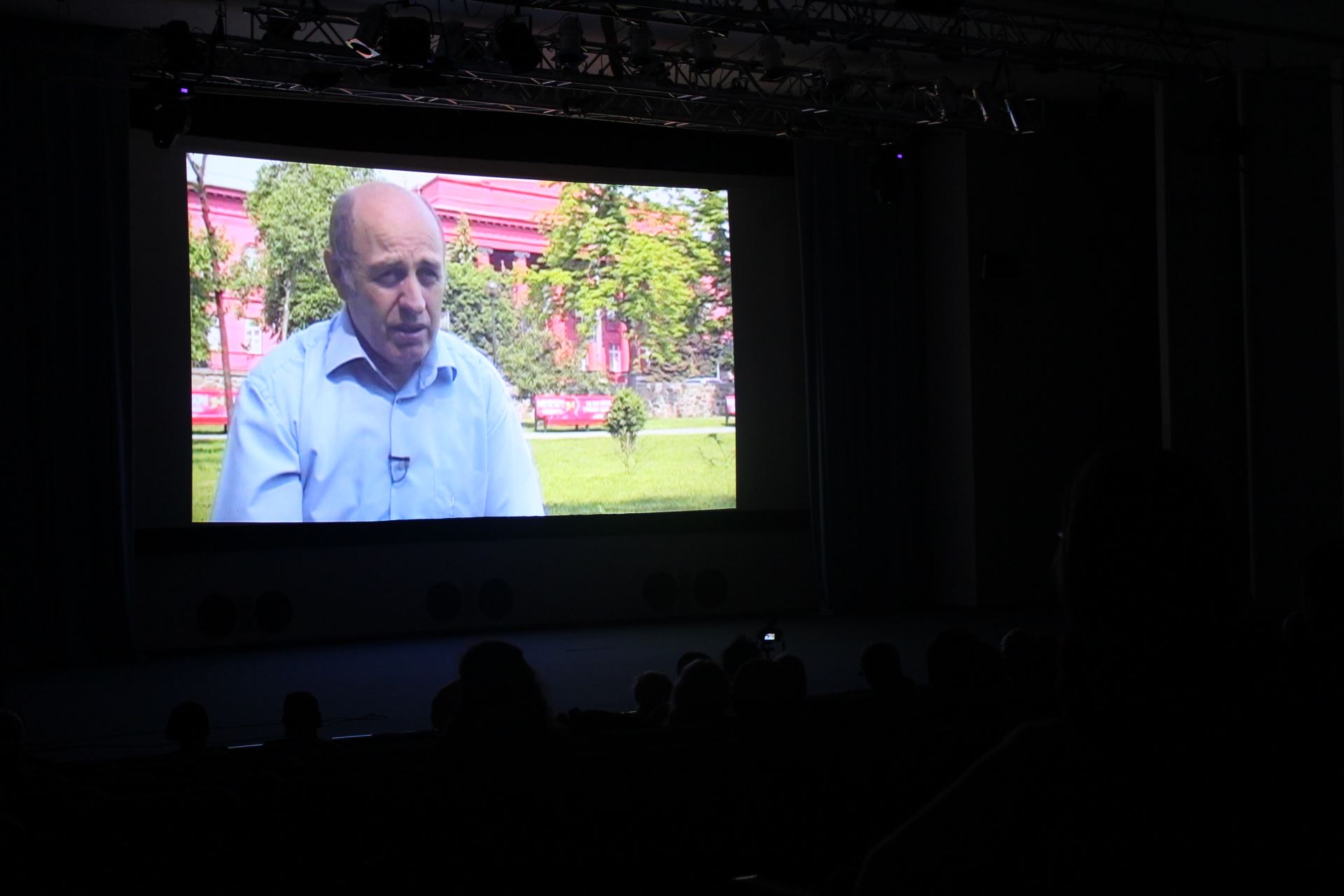 Demonstration of "The Stolen Land" Movie

The film is based on previously unknown archival documents, memoirs of witnesses of the Holodomor, including those from the border with the Russian Federation – the Kharkiv region and the Donetsk region, and on the comments of leading researchers. The focus of the film is on the evidence proving the genocidal nature of the Holodomor of the Ukrainian people.

Before the movie was shown, the viewers watched the director’s video allocution, in which he shared his memories, his emotions, and the encounters with the film’s heroes. Lugovyj thanked everyone who helped to create the film. Special thanks to the researcher Nina Lapchinska, who coordinated the camera crew in search of Holodomor witnesses.

The show was attended by Professor Volodymyr Sergiychuk, well-known director Oles Yanchuk, political scientist Roman Lypynsky and others. The film was screened by the National Museum Holodomor Victims’ Memorial, with the support of the Ukrainian Institute of National Remembrance.