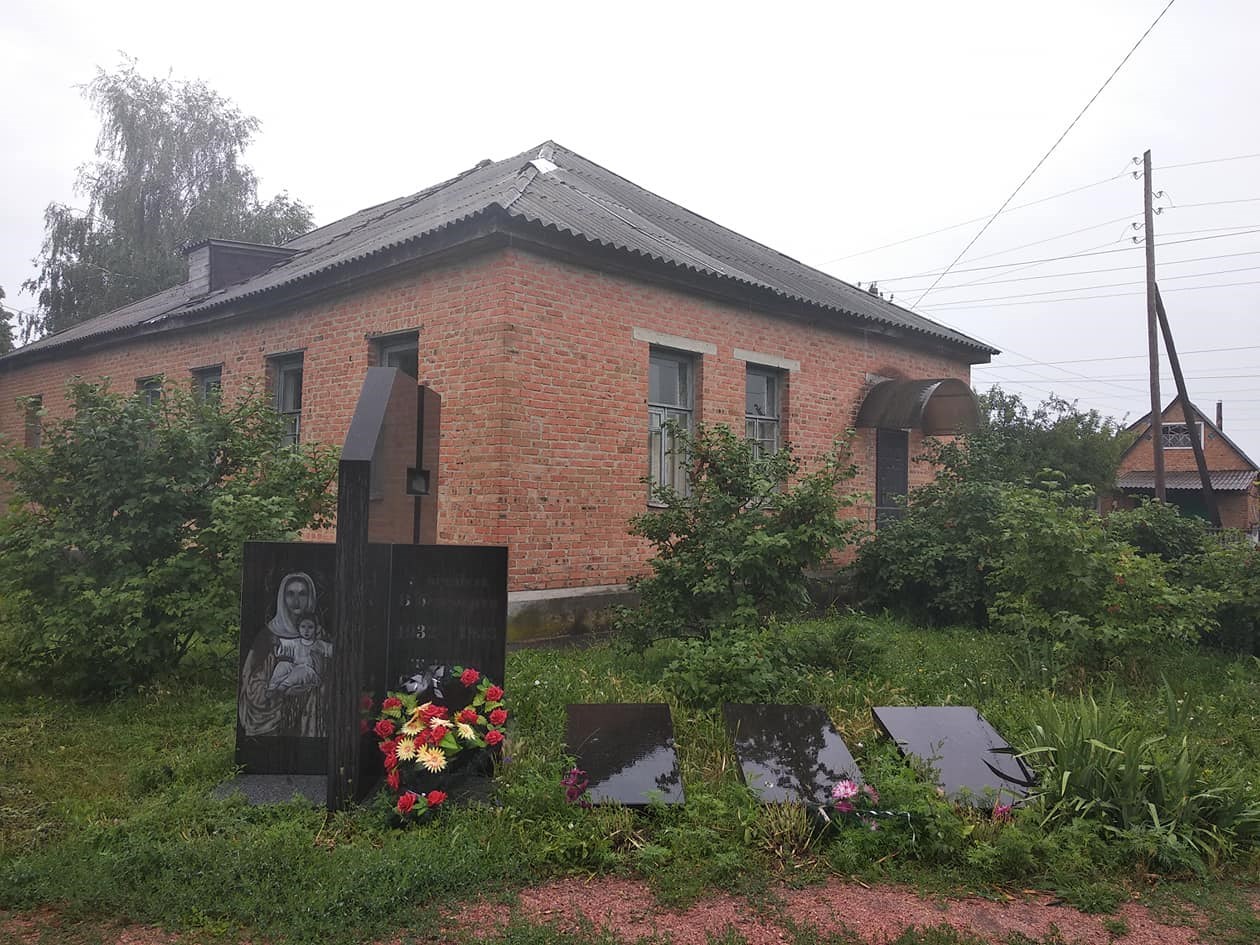 On July 18, 2018, General Director of the Holodomor Victims Memorial, Olesia Stasiuk, together with the First Deputy Lesia Hasidzhak, visited Myrhorod and the Museum of the Holodomor 1932-1933 Tragedy in Myrgorodchyna, which is the department of the Mirgorod Local History Museum in the Poltava region.

The house, in which the museum is located, was originally built as a home for the priest of the Church of St. John the Theologian Pavlo Dasusdorodsky. In 1928, the priest Leontiy Kuzmenko was expelled from the church by the Bolshevik authorities, and the house was equipped as a reading house. From 1930 to 1934, there was a children’s concentration camp, a part of the of the NKVD system, under the guise of a children’s shelter. It was created by the Mirgorod city department of the Communist Bolshevik Party of Ukraine for the concentration of children, who were left unattended after the death of their parents (mostly “kulaks”) or after filtration of arrested families at the Mirogorod railway station, which was used as a shelter for refugees on the Kiev-Kharkiv railway line. Later, the survivers recalled that the shabby, barely dressed children were held here surrounded by the barbed wire in a small house-barracks next to the church. Famine and illness did not give them a chance to live. Ironically, the seeds confiscated from the peasants were preserved beind the fence of the orphanage, in a destroyed church, under the watchful eye of the guards. The seeds were soaked with snow and rain, rotting slowly, while the children were dying nearby.

The museum was created in 2009 by local activist Alexandr Dzhun. Its exposition tells about the genocide of the Ukrainian nation – Holodomor of 1932-1933 in Myrgorod region. In 2011, a small monument was opened and consecrated here, in the yard of the museum, in order to commemorate the deaths of thousands of children.

Olesia Stasiuk agreed with the museum’s director Alexandr Dzhun on further cooperation. In particular, it will be the methodological assistance to museum workers, the transfer of museum banner exhibitions on Holodomor and other massive mass starvations in Ukraine for exhibiting in Myrgorod and further cooperation in providing the events before the 85th the anniversary of the genocide of the Ukrainian nation.

Let`s remind, that according to the scientists, losses of Poltava region during the years of the Holodomor reached about 1 million people.