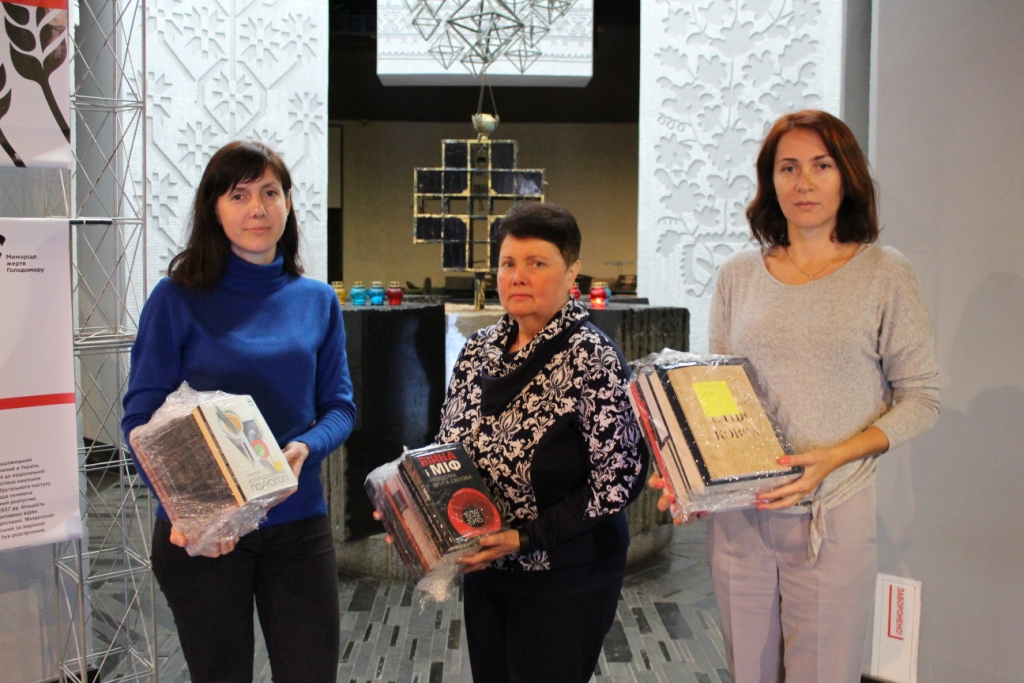 Educational Patriotic Project "Books for 100 Universities and Libraries of Ukraine"

National Museum “Holodomor Victims Memorial” is now in the process of active implementation of the Educational Patriotic Project “Books for 100 Universities and Libraries of Ukraine: A Struggle for Consciousness,” which is held together with the All-Ukrainian Human Rights Protection Organization “Memorial” named after Vasyl Stus and Omelian Kovch NGO. From April 18 to May 11, we managed to hand over sets of books on the history of Ukraine, including those on the genocide of the Ukrainian people – the Holodomor of 1932–1933, to 82 libraries of Ukraine.