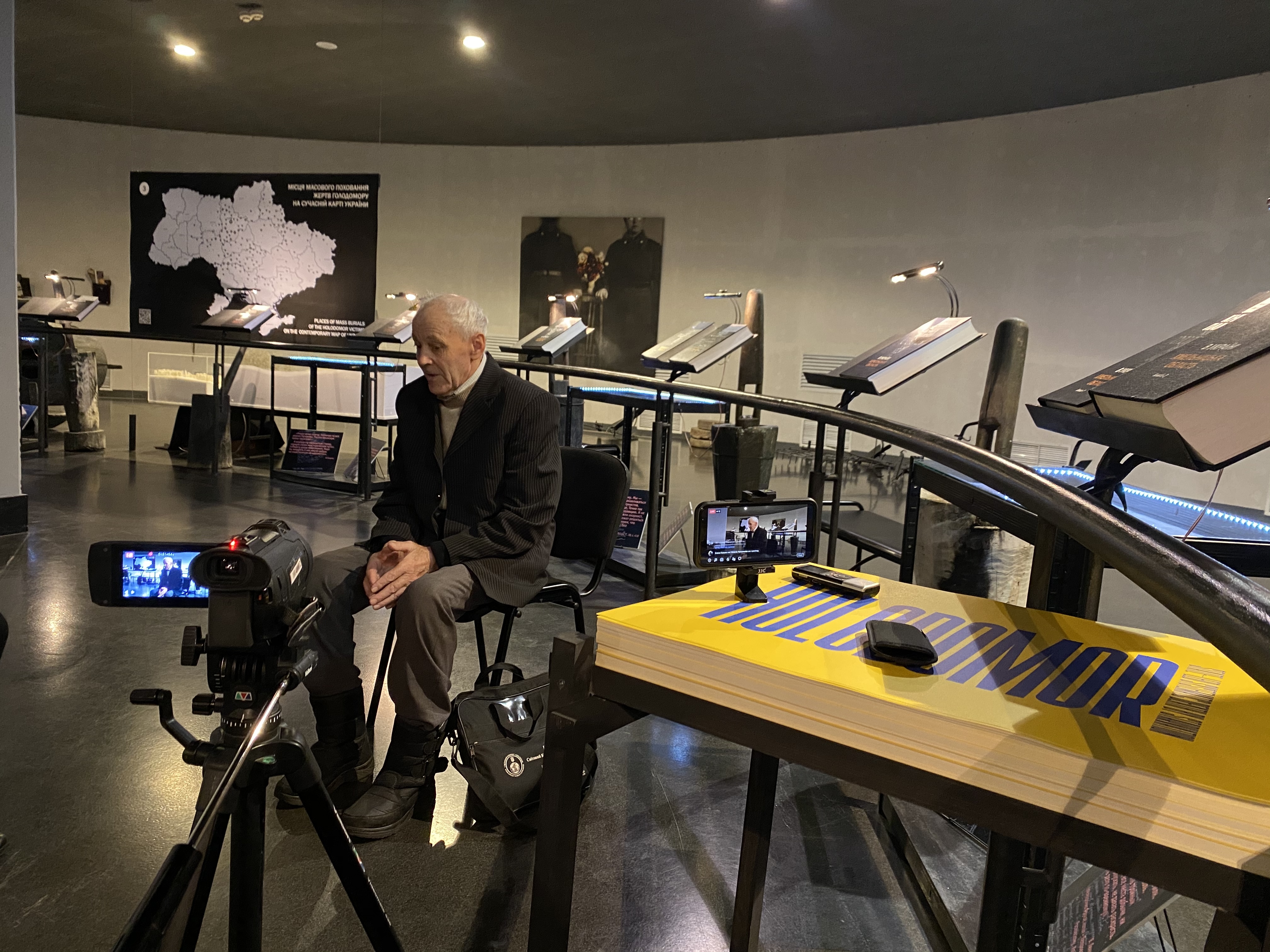 On December 2, Anatolii Zvonskyi, an eyewitness to the mass artificial famine of 1946–1947, visited the National Museum of the Holodomor Genocide.

Anatoliy Zvonsky was born on January 4, 1941 in the village of Serebriya, Bershad district, Vinnytsia region.

He tells about the famine, “A friend asked my grandfather:

‘Petro, do you give food to your younger children?’

‘Yes, I do, because all my children are equal.’

People were brought to such a state that they refused to feed their children. ”

In 1946–1947, Anatolii’s mother went to the Lviv region to exchange her late father’s belongings for food. Her father died in the war. One day, the mother brought a bun, the taste of which the witness remembers to this day.

Despite Soviet restrictions on speaking about the Holodomor of 1932–1933, Anatolii’s mother and grandmother shared their memories. Anatoly Zvonsky says, “Not only was that a famine, it was the Holodomor, genocide, people were driven to the collective farms and not given anything to eat … There are 15 people left from such a large family. 18 people died.”

Find out the witness’s story by watching the video.

The museum team encourages research into family histories, recording eyewitness accounts, and sharing archival photos and documents. In the video you can see the survey methodology, and by emailing to [email protected], you can get a questionnaire that will help you to conduct the interview.