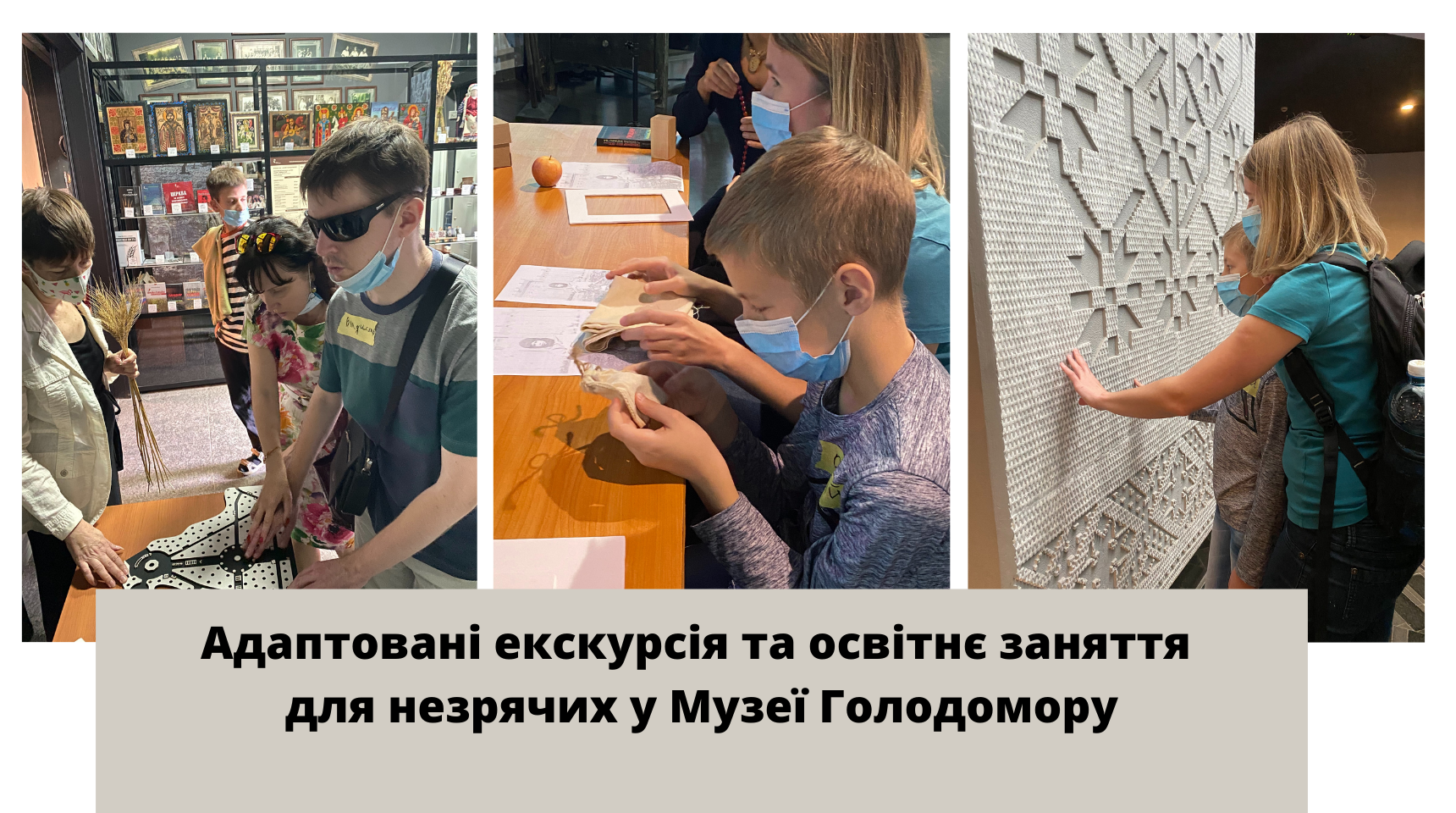 For the First Time: Adapted Workshop for People with Visual Impairment in the Holodomor Museum

For the first time, the educational team of the Holodomor Museum held an adapted lesson for the visually impaired viditors!

For two months, the museum team together with experts in the field of inclusion and accessibility have been working on the adaptation of museum products.

On September 26, 2020, the community of the NGO “Special” visited the Holodomor Museum. Vladyslav with his mom Yaroslava, Dania and his mom Anna, Oleksii and his mom Liudmyla got acquainted with the territory of the museum and in the format of an adapted tour listened to the history of the Holodomor and unique eyewitnesses’ memoriues from the museum collection, tested models of the Museum and memory halls: Altar of Memory, Angels of Sorrow, Arable Land of Memory, Stairs to the Past.

Afterwards, participants joined the workshop abot the photos of the 1930s, during which they learned the story of the Austrian engineer Alexander Wienerberger and saw tactile modelsbased on his photographs.

“Everyone should know the history of the Holodomor, especially children and teenagers, in order not to be influenced by propaganda on the Internet,” Liudmyla, Oleksii’s mother said.

The museum space is being adapted as part of the “Touch the Memory” project with the support of the Ukrainian Cultural Foundation. You can read more about this project by following the link.

We thank the NGO “Special” for help in organizing the first adapted tour, as well as the NGO “Cultural Geographies”, Olga and Yevgen Svet for their expert support in the implementation of the program.

Important history should be available to everyone.